Using flies in food production: The answer for global demands? 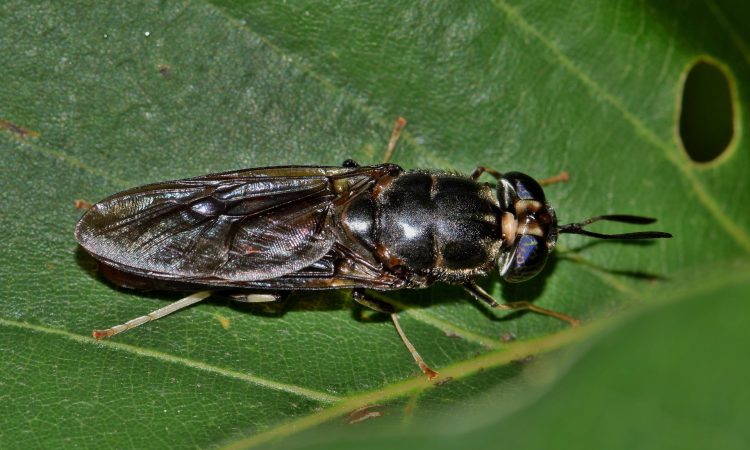 While there may be a cause out there for humans turning to insects for food, it hasn’t quite compelled Ireland to do so just yet. So, instead, Hexafly in Co. Meath is producing ingredients from insects, to feed the food that we then eat.

According to Hexafly CEO and co-founder Alvan Hunt, using flies in animal feed has a range of benefits.

“Flies are extremely efficient in converting organic waste into nutrition,” he explained. “But, it’s not all flies – the particular one we use is the black soldier fly.”

The black soldier fly, which has the technical name of ‘hermetia illucens’, is found mostly in much warmer climates than Ireland’s – typically, in the tropical/subtropical Western Hemisphere and Australia.

They are harmless insects and, according to Hunt, they can have a big impact on food production.

“The black soldier fly has really good amino acid profiles; it is high in protein and high in calcium,” he said.

Black soldier flies have very rapid life-cycles. Once they are adults, they live for between five to eight days. In that time, they must mate and lay eggs. They can lay between 200 and 700 eggs, and the eggs take around four days to hatch.

“The amount of protein that can be produced per square foot (ft²) compared to other forms of agriculture is outstanding,” Hunt continued.

“Yet, the amount of water and land usage that is required is minimal compared to other forms of protein production.”

“The process starts with breeding: There is a dedicated breeding room in the facility where the adult flies are mating in a temperature-controlled environment,” Hunt said.

“In there, we extract eggs on a daily basis. They are weighed and moved on to the next stage of the process, which is hatching.

“They hatch out of eggs and are introduced to a feed which they eat through.

“Then, when they get to the immature or larvae stage, we introduce them to the next level of feed and they go into an incubation room.”

By feed, Hunt means that these flies eat nearly any kind of organic waste, ranging from animal waste to food scraps.

“They consume that feed stock over a 10-day period. What will be left over of that feed is a by-product called frass, which is essentially insect manure and insect castings – it’s used as a fertiliser.”

Larvae has a range of uses

When the flies are at a “ripe” stage, Hunt said they process them into dried larvae, or, further into oils and proteins.

“The proteins are a 56% protein product, and that goes into pet feed or aquafeed ingredients,” he said.

“The oil that is produced is very similar to coconut oil, with both containing glutamic acid. It can be used in gut supplements for weaning pigs, and it can also be used in the oleochemical industry for things like candles.”

Hunt said one of the most impactful products they sell is one for poultry.

“It is actually live larvae – we sell live growth to poultry farmers, which sounds crazy, but it is actually what poultry should be eating,” Hunt said.

“For poultry, a problem this larvae can help with is weak shells. Getting enough calcium is an issue for poultry, so the live growth is packed with calcium – it has more calcium than any other insect.

“It is also high in protein, so it is a great supplement for chicks to feed on at an early stage.

The feedback we have gotten aligns with our scientific studies. There is less egg loss, higher egg yields, stronger and darker shells and, actually, a nicer taste to the egg as well – a richer yoke due to the glutamic acid.

Hunt said that the larvae is also an appetite stimulant: “If you have hens that are not eating enough feed, they’ll pick at this grub and it will actually increase their appetite.”

Hunt concluded by saying that the company is ‘coming out of its shell’ to get the country to see what black soldier flies have to offer – whether the priority is food security, environmental consciousness or just better nutrition for animals, black soldier flies could be a potential answer for any and all of these. 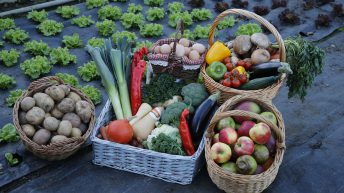 Cowen must introduce ‘new and improved’ Organics Scheme for 2021