Dairy management: Improving the quality of pastures and reseeding 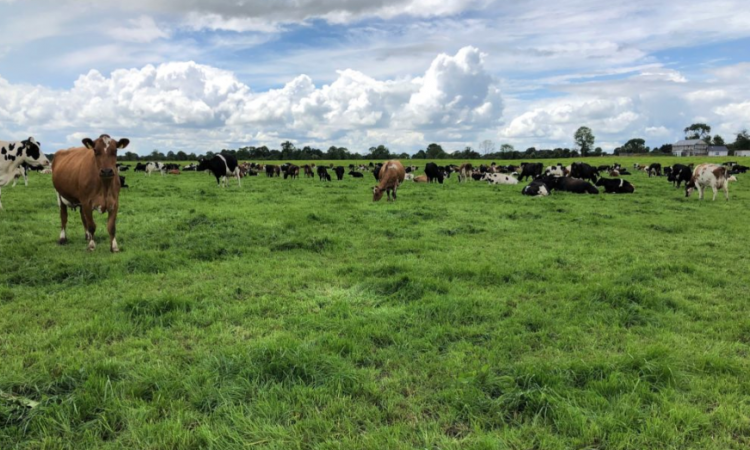 Grass growth rates have exceeded demand on farms right across the country over the last few weeks; however, this has brought about challenges on farms – mainly in terms of grass quality.

Growth rates are varying from as low as 54kg DM/ha to as high as 94kg DM/ha, going by figures from PastureBase Ireland.

When the weather has allowed, farmers have removed surplus grass in the form of baled silage; although, in some areas, especially towards the western part of the country, getting the chance to take out surplus grass has been made difficult due to unsettled weather.

Also Read: Taking out a paddock for bales? Here are a few things to keep in mind…

Despite the mixed weather, farmers have been able to build up bigger pre-grazing covers; however, farmers have reported that they are struggling to clean out paddocks as much as they would like and, in some cases, they have been forced to go in and top paddocks after cows have grazed them.

At this stage of the season, keeping good-quality grass in front of cows is one of the biggest challenges on farms, as grass becomes stemmy.

To find out how farmers can improve the quality of their grazing pastures, Michael O’Donovan of Teagasc had a few words of advice.

He said: “The best way of correcting quality is to keep the herbage mass ahead of the cows some way manageable [e.g. pre-grazing covers of 1,300-1,600kg DM/ha].

That’s the first step when trying to manage quality. One of the common methods of correcting quality on farms is to take out surplus paddocks for bales.

“Another option is to go into a paddock after it has been grazed and top it. It’s important that if you’re going into a paddock and topping it that you go down low enough – ideally down to 4cm.

“Finally, pre-mowing is another option. Some farmers do it. I’d be more inclined to let the cow graze what they want and then top it afterwards if it is required rather pre-mowing it.”

Is there still time to reseed?

On the topic of reseeding and whether or not it’s too late to think about doing it, Michael said: “There is still time to reseed on farms.

“Late July or early August is the key time, given the weather we are getting now. If there are paddocks not performing then yes it should be done now.

“However, if the plan is to reseed in early August then the paddocks intended for reseeding would want to be sprayed off in the next week to 10 days.

The cost of reseeding [roughly €300/ac] can be returned to the farmer within 18 months of when it was carried out and, also, the increase in performance you can get off a new reseed is well worth it in the long run.

“I have seen new reseeds grow well above what they have replaced. Also, you can incorporate clover into a new reseed if you go in with it in early autumn. Soil temperatures of 8º are the cut-off point when it comes to getting clover established in a sward.

“At the moment, we are well above that so the opportunity is there for farmers to incorporate clover into a new reseed if they want to, so the sooner it is done the better.”

What’s important to do when establishing a new reseed?

The seedling dock needs to be controlled early in its lifetime – at the two-leaf stage. Finally, going in and grazing the reseed at the right time is very important.

“‘Too often reseeds aren’t grazed early enough. For the first grazing, you could let cows in for two hours and let them thicken off the sward.

“Then you can go back in again in two weeks and graze it again properly.” 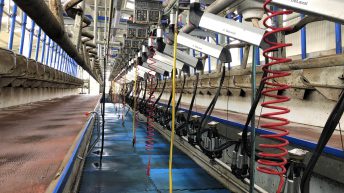