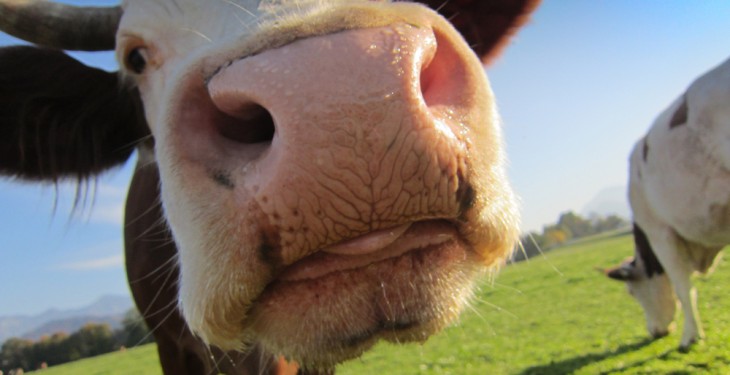 The US cattle herd has showed the first upturn since 2007 according to EBLEX who have analysed latest figures from the US Department of Agriculture (USDA).

The recently published USDA beef inventory shows the beef cow herd increasing for the first time since 2006, it says.

Cattle numbers were also higher than had been expected, the EBLEX analysis has said.

EBLEX says considerably better grazing conditions, important for the cow-calf business, and renewed confidence in the beef industry have contributed to this latest development.

According to EBLEX beef herd rebuilding has contributed to the sharp downturn in beef cow slaughterings last year to the lowest level since 2005 when the beef herd was last expanding.

The smaller dairy herd, which accounts for around one quarter of the total cow herd, was up 1%.

The USDA figures also show that the number of beef and dairy heifers intended as breeding replacements was up 3% on last year.

EBLEX says this would suggest a further increase in the breeding herd this year is likely, assuming normal climatic conditions.

However, it says there are still some drought problems in some areas notably the Texas Panhandle and Southwest Oklahoma.

The latest US figures also show that steer numbers were up 1% although heifers not for breeding were marginally lower.

EBLEX says this would suggest that the 5% decline in steer and heifer slaughterings last year will not be repeated and a marginal rise in steer throughputs is even possible. However, it also says this is not likely for heifers given further increases in breeding replacement demand.

The calf crop on January 1 was up 1% given the higher breeding herd, this according to EBLEX’s analysis suggests little change or even a small upturn in prime cattle slaughterings in 2016 as well.