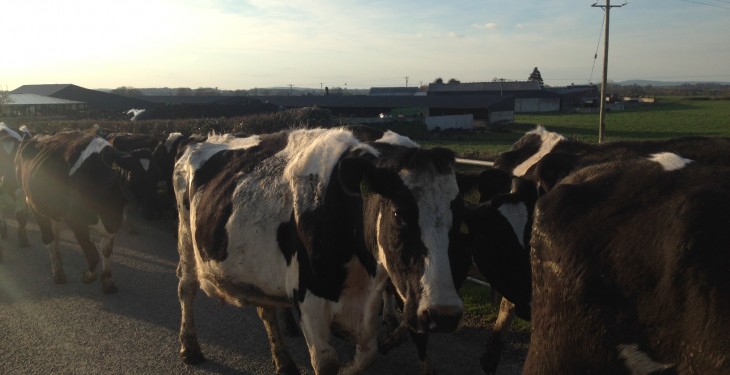 The milk price paid by co-ops from April to June will be absolutely critical to dairy farmers and will be the key barometer of milk processors’ ability to deliver for dairy farmers, according to Pat McCormack, Deputy President and Chairperson of ICMSA’s Dairy Committee.

He said that, with serious superlevy bills facing farmers and with massive investment having taken place at farm level, there is a strong basis for maintaining milk price despite recent weakness in the global marketplace that should have been anticipated with the abolition of milk quotas.

“Despite this weakness, the decision of Ornua (formerly, Irish Dairy Board) to announce that it has increased their PPI from 97.5 to 100 shows that higher returns have been gained in the last month and the index is now at its highest level in 2015.

“Analysis from Dairyco UK also shows that prices for butter have increased by 5.8% and SMP increased by 3.4% in March. In addition, the rapid depreciation of the euro – which has increased the price of all dairy products sold through US dollars to the tune of 20% since January 2014 – is a ongoing benefit to all European dairy processors.

“The weak euro means that all dairy products sold by European companies in US dollars have reaped, and still are reaping, the benefit of currency devaluation to the tune of over 5c/L,” he said.

“The current forecast for production in New Zealand shows that there will be a 2% decline this season compared to last season owing to the significant drought and the dairy consultancy firm, CLAL, is forecasting that under normal conditions in Oceania, the EU and the US, total milk production in the 2015 calendar year is estimated at 276m tonnes of milk, just half the growth level of 2014.

“This equates to a 1.6% increase and with the growth in demand for dairy products running at 2.5% per year, the market should be in a reasonably balanced position. We’re noting the drought conditions for the fourth consecutive year in California, a key US milk production state, and that should also have a positive impact in terms of reduced global supplies.

“These are the factors ‘feeding in’  to the rise of the purchasing price index from 97.5 to 100 and it’s on that basis that dairy farmers fully expect that co-ops will at least hold milk price for the peak period.”