Unsettled weather – but mild start to the New Year in prospect 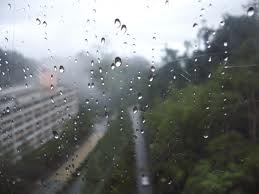 The good news for the farming industry is that the current spell of mild weather look set to continue well into the New Year. There is no sign of a cold snap coming our way over the next few weeks.

According to Met Éireann tomorrow, Tuesday, will be a bright day, with some sunny spells. But some heavy and, possibly, thundery showers will spread from the Atlantic as the day progresses. A Top temperature of 6 to 9 Celsius is expected , in fresh and gusty southerly winds.

Showers will again become confined to western and southern coastal areas on Tuesday night and a lot of the country will have a dry night with mainly southerly winds and temperatures between 2 and 4 degrees. However, towards dawn in the southwest cloud will thicken once more, bringing another spell of rain.

The rain will quickly turn heavy and persistent in the southwest and push north eastwards over the rest of the country during the morning of New Year’s Day. As the rain passes over Connacht and west Ulster it may fall as snow for a time, particularly over hills and mountains but it will turn back to rain again later. Winds on Wednesday will be fresh from the southeast but will moderate and veer south westerly with the passing of the rain. The rain will clear to showers in the early evening.

Thursday will be a cool, fresh day with moderate to fresh southwest winds backing southerly and freshening again overnight. Most places will have fair weather with bright spells but showers will continue to plague western coasts, with another spell of persistent rain spreading eastwards over the country Thursday night.

There’ll be bright spells again on Friday but wintry showers will affect western areas and fresh southwest winds will be gale force at sea.

The extended weather outlook is for little change with ongoing unsettled conditions bringing spells of rain or showers and the moderate to fresh southwest winds will prevail.