Unleash the beast: 4755 leads the green army at ‘Mogeely’ outing

Amidst searing sunshine, members of Mogeely Vintage Club gathered on Sunday (June 10) to put a barrage of classic tractors and silage-making machines through their paces.

We’ve already brought you Fiat (Fiatagri) and Ford themed reports from this event; here’s the ‘best of green‘ – for John Deere fanatics.

First up is the biggest tractor present at the event – a big-boned, US-built John Deere 4755 (pictured below). This example is owned by John Cashman from Lismore (Co. Waterford); he also brought the attached Mengele SH40N trailed harvester.

The 4755 was, at one time, the second most powerful non-articulated tractor in John Deere’s line-up. It was home to a 7.6L, six-cylinder (John Deere) engine. Geared up for work, the tractor typically weighed over 8t. 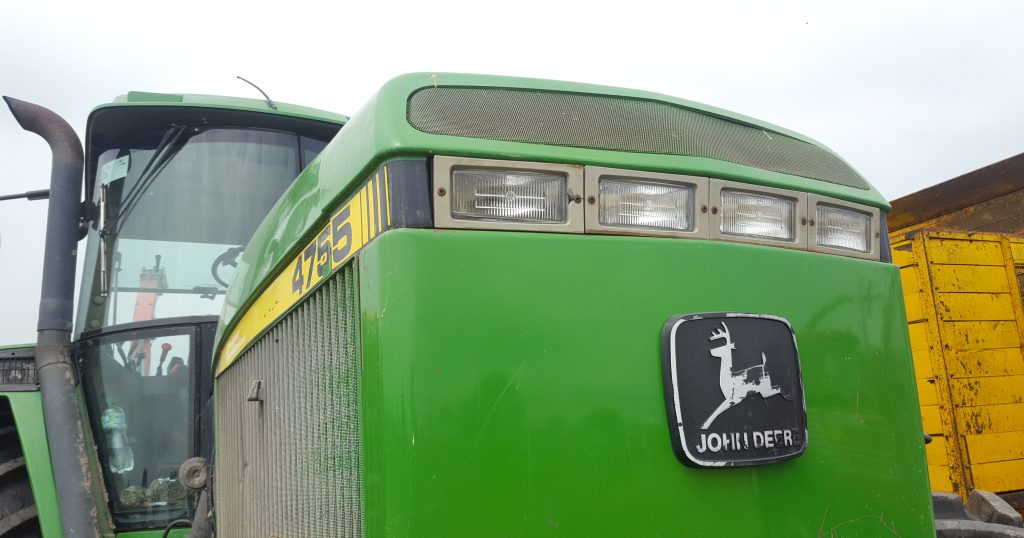 Pictured below, side-filling from the 4755 and SH40N combination is a nostalgia-inducing John Deere 3050 (2WD).

The latter tractor is owned by Gordon O’Mahony from Ladysbridge, Co. Cork. The 92hp, six-cylinder 3050, which is known for its smooth-purring ‘soundtrack’, was built in Mannheim, Germany, in what was once the Lanz tractor factory. 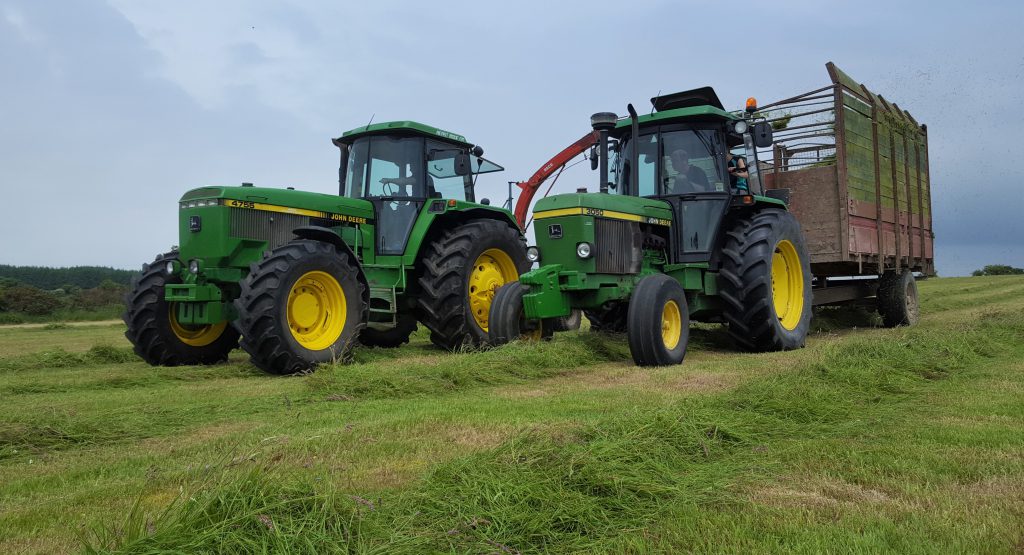 The 3050 was once a relatively common sight here in Ireland, especially on tillage farms and in contractors’ yards from the late 1980s on. Numbers are dwindling now; it’s reassuring to see such a well-preserved example in action.

Gordon also brought this impressive 4WD John Deere 3050 (pictured below) along. It spent the day on a tandem-axle Fraser trailer. 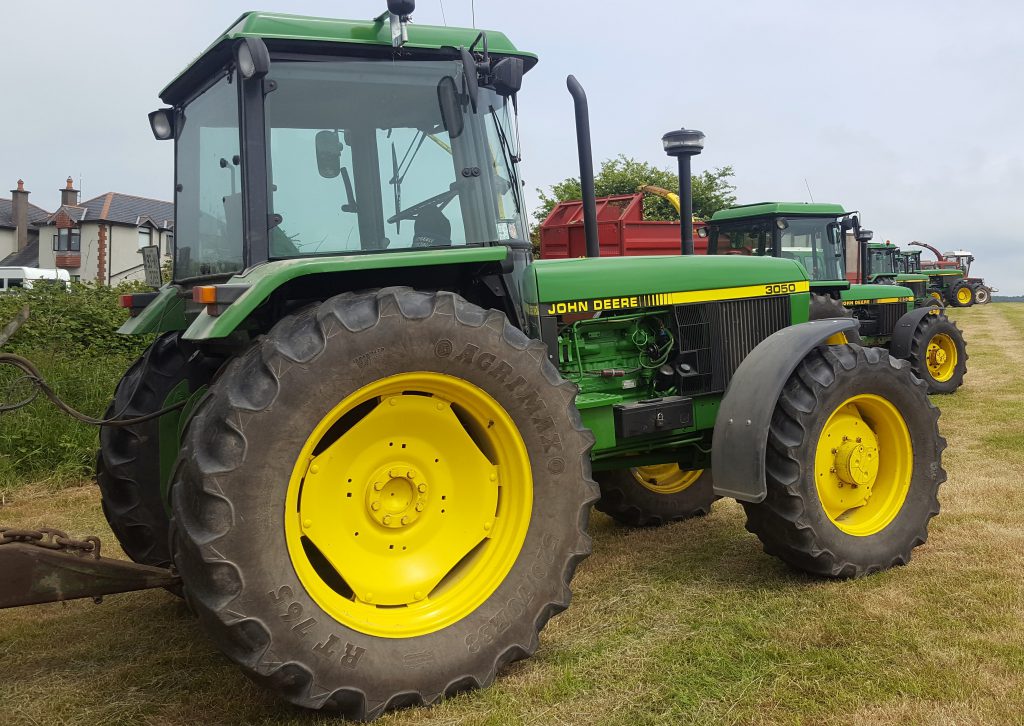 Next up is this old but irresistibly eye-catching John Deere 2030 (pictured below). It, too, was on haulage duties – coupled to a Marshall trailer. This outfit is owned by Matthew McAuliffe from Midleton (Co. Cork). 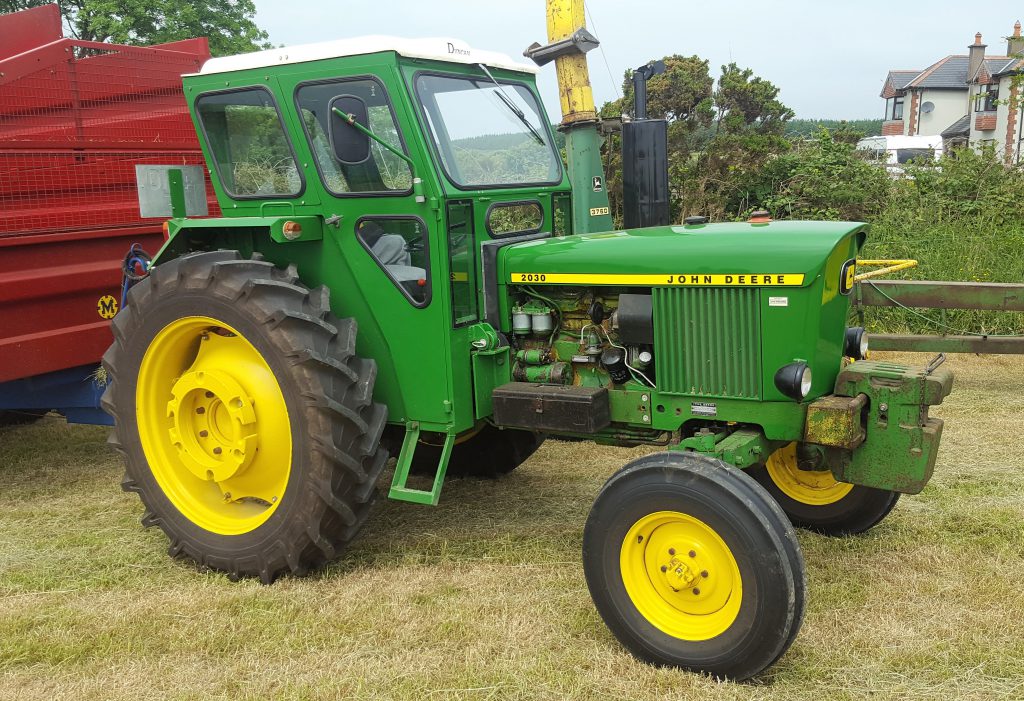 This 68hp tractor harks back to the early 1970s – an era before John Deere tractors really started to get traction in the Irish market.

It was not until the dawn of the 1980s that the manufacturer got a meaningful foothold here; sales started to gather momentum in the 1990s and 2000s. 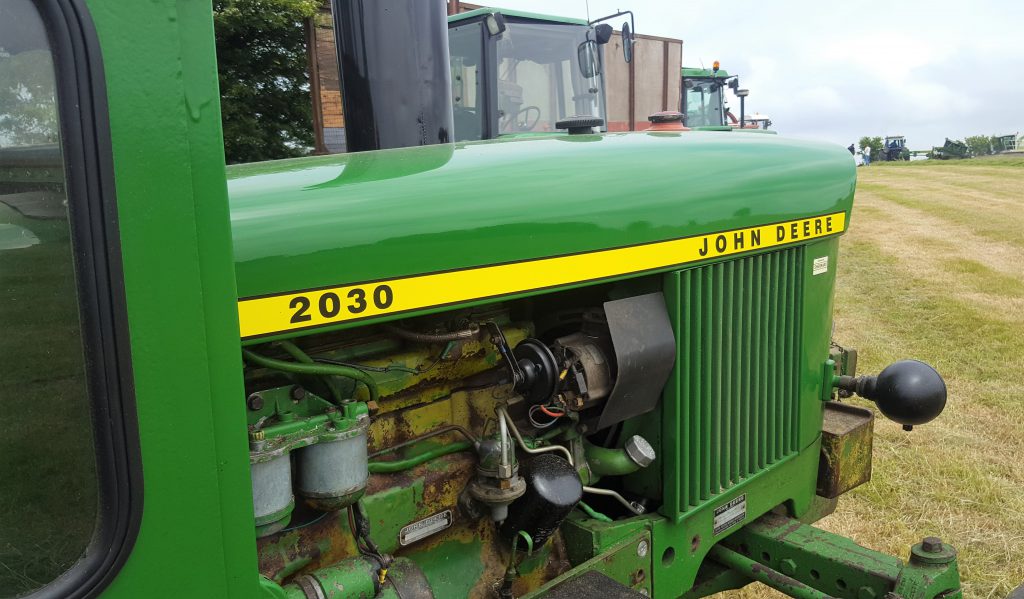 The 3760 was not an especially popular choice among Irish farmers and contractors; the machine was not noted for having an especially high throughput. It does, nonetheless, make for a noteworthy pairing. 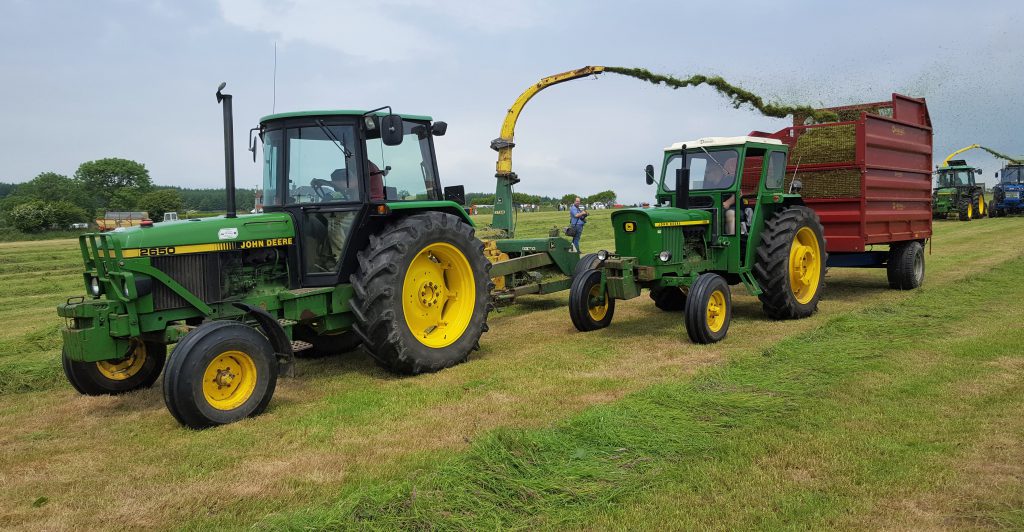 Here’s another shot (below) of the same outfit; this time from the rear. The deluge of green and yellow is a reassuringly familiar sight for fans of Deere’s lengthy lineage.

Also forming part of Matthew’s collection is this John Deere 2850 (pictured below; on the left of the shot). This tractor is mated with a John Deere 3765 harvester. In its day, the 86hp 2850 was the most powerful four-cylinder tractor in Deere’s product dossier. 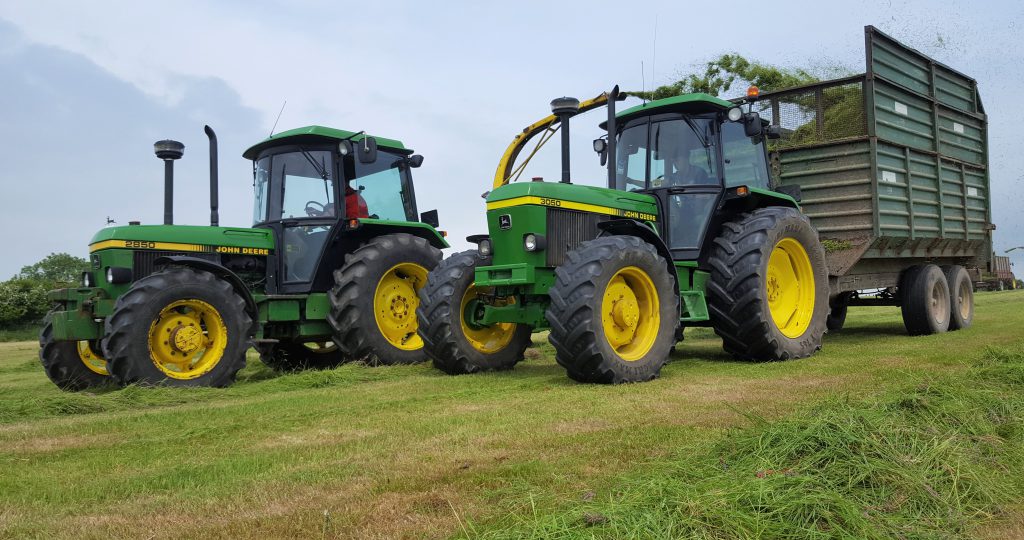 That contrasts sharply with modern trends, whereby more than double that power is often extracted from four-pot motors.

Next up, is a 116hp, six-cylinder John Deere 3650 (pictured below); it’s owned by Barry Desmond from Midleton (Co. Cork). It’s providing ample muscle for a John Deere 3765 harvester. 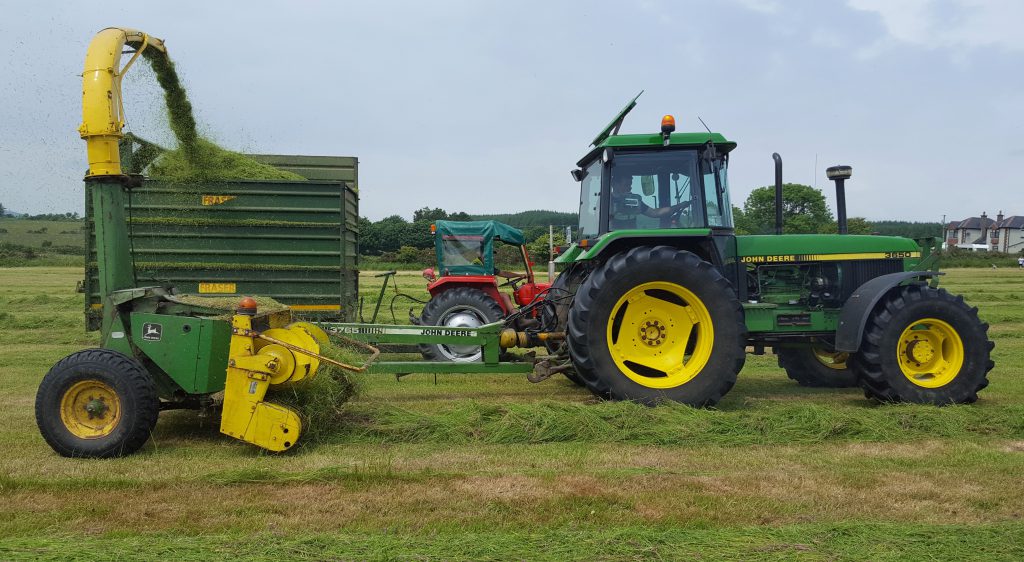 The tightly-packaged 2650 was home to a 3.9L, four-cylinder engine. Decked out with an SG2 cab, it was considered an ‘up-market’ purchase in the late 1980s and early 1990s – especially for a tractor of its size.

Top 'drawer' tractors? Silage from the eras at 'Mogeely' day out