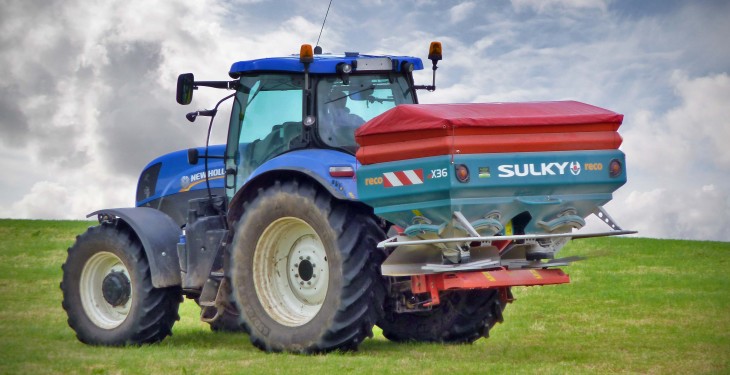 It is not acceptable that in the context of energy prices falling considerably in recent months there are proposals to increases fertiliser costs, according to European Agriculture Commissioner Phil Hogan.

Speaking on the issue recently he said it is very hard to understand that with a 45% reduction in energy prices that there are proposals to increase fertiliser costs by 7%.

“That is not acceptable to me and I have written to the competition commissioner on that.”

Here at home, IFA President Eddie Downey and its Inputs Project Team Leader James McCarthy have called on the Commission to initiate an investigation into fertiliser prices as a matter of urgency.

The IFA says CAN manufacturers continue to push through price increases at a time when the price of their main input cost, namely natural gas, has decreased by over 30%.

McCarthy said agricultural production is sensitive to changes in energy prices, either through energy consumed directly or through energy-related inputs such as fertiliser.

“Ammonia used to produce urea and CAN are particularly energy dependent. The transformation of atmospheric nitrogen into ammonia is energy intensive. International studies have shown that natural gas accounts for 72%-85% of ammonia production costs.

“Average wholesale gas prices for 2014 fell in excess of 30%. Paradoxically wholesale CAN (calcium ammonium nitrate) and urea prices are bucking this trend. Instead of decreasing wholesale CAN prices are up 4% on 2014 and forecast to go a further 3%.”

Cartels must be tackled

McCarthy noted that impact of ever increasing cost of inputs on farm incomes. He said despite a 30% increase in the value of farm gate output over the last five years, retained farm incomes have remained largely static.

“This is due largely to a sustained and substantial increase in input costs and a significant reduction in direct payments to the sector. Since 2007, expenditure on inputs has increased by 22%, from €3.1bn to €3.8bn, while direct payments have fallen by more than 20%, or close to €500m,“ he said.

“It is clear that changes to EU regulations are needed to address market concentration and the unbalanced power held by a small number of multinational input suppliers.”

McCarthey said the Irish Government and agri-food industry must engage with the EU Commission to tackle the major cartels controlling, in particular, the supply and price of fertiliser.