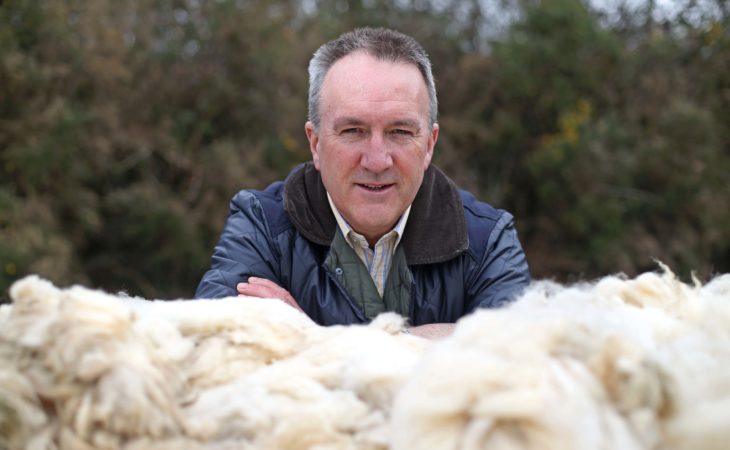 Ulster Wool’s first representative – Brendan Kelly – hasn’t even started yet but already faces a challenging three-year term, taking over in the midst of a rebrand and a year into Brexit discussions.

At no other time has so much been at stake in trade talks – something Kelly says could be potentially devastating to the industry.

However, he is quick to add that, in reality, Brexit is likely to have less of an effect than many fear.

“It has the potential to absolutely devastate the industry if it’s not handled right,” he said. “But I think both parties have too much to lose by not handling it right – let’s just hope they can see that too.

“Brexit will not be as good as we think, nor will it be as bad as we think. It reminds me of being a schoolboy waiting to go into the headmaster’s office – it’s that feeling of not knowing what’s going to happen and just having to sit there fearing for the worst.”

Kelly was elected to represent the region’s wool producers when British Wool predecessor Ian Buchanan stepped down after 12 years in the role – the maximum amount of time the position can be held for.

The changeover coincides with the launch of a new brand for the Northern Irish arm of British Wool – Ulster Wool.

Speaking at the launch, Buchanan said that he felt Kelly was taking over at a “time that matters”.

“It’s an exciting time. I think we are going to see a lot of things coming together,” he said.

Kelly, who has also been elected as Northern Ireland board-member for British Wool for a three-year term beginning April 1, 2018, is also an active member of the Ulster Farmers’ Union’s Beef and Lamb Committee, a member of the British Isles Shearing Competition Association (BISCA) Executive Committee, and a senior shearing judge.

His farming partnership runs 950 breeding ewes (mules and Romneys) and 90 suckler cows across 600ac of land.

Kelly added that supporting the future generation of the industry was an issue he felt strongly about.

He said: “I will continue to focus on maximising the return to local wool producers, ensuring we provide excellent service, and using Ulster Wool’s expertise to help inspire the next generation of young farmers and shearers.” 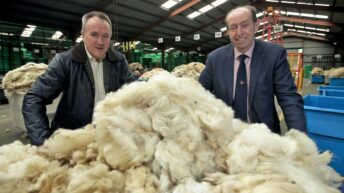 Market diversification: Are natural wool carpets the next niche?