The UK’s farming unions have come together to call for urgent support for the beef sector, similar to what was received in Ireland.

It comes as the union’s latest UK livestock meeting was dominated by concerns of how a ‘no-deal’ Brexit would affect the beef market and already weak farmgate prices.

“The UK beef sector has already experienced a substantial financial loss and this doesn’t take into consideration the rising production costs,” he said.

“The beef industry is a major contributor to the local economy, but the sector has never been so vulnerable.

“The current beef prices are completely unsustainable and, once again, the primary producer is taking the brunt of the price squeeze.

Beef farmers are seriously questioning their future as they struggle to survive on an unfair income generated by low farmgate prices combined with the prolonged uncertainty of Brexit.

“With an extension date of January 31, confirmed, it does little to reassure our farmers as a no-deal scenario is not off the table just yet and the situation could get much worse.

“Now is the time for the Government to step up to the mark, intervene with immediate effect and provide funding.

“There is also a real need to review the proposed no-deal tariff policies going forward, including tariff and quota level.

The UFU has continually called for full WTO [World Trade Organization] tariffs on beef meat to protect the internal UK market. The Government has a crucial role to play in securing a positive future for our family-run beef farms.

It comes as farmers in the Republic of Ireland face similar difficulties over prices. The issue came to a head as farmers blocked deliveries in and out of abattoirs across the country.

However, Chesney highlighted that while the Irish Government has backed a €100 million beef fund, no money was made available to farmers north of the border.

“Northern Ireland farmers were left frustrated and felt forgotten about when the Republic of Ireland gained a €100 million cash boost for their beef producers,” said Chesney.

The majority of the UK is already seeing a continuous fall in the suckler cow herd as a result of beef prices.

“This will persist and others in the supply chain will have to think about where they’re going to source beef from in the future.”

With the UK’s departure from the EU extended until January 31, 2020, the four UK farming unions will continue to lobby Government to avoid a no-deal outcome, so the UK can leave the EU in a managed way that will ensure the future viability of Northern Ireland’s family-run farms. 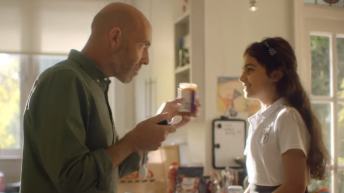