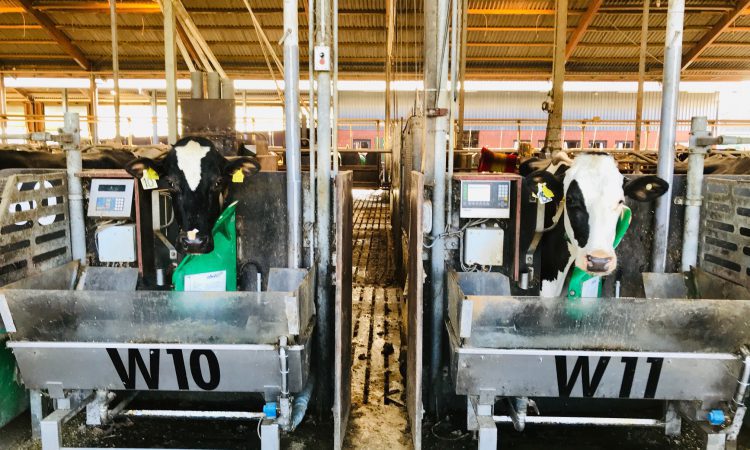 The fight against the importation of genetically-modified (GM) feed or food in Europe has been labelled as “scaremongering” and “a conspiracy theory” by a prominent European Commissioner.

Speaking to AgriLand, Vytenis Andriukaitis, the EU Commissioner for Health and Food Safety, defended the EU’s position as the world’s second-largest importer of GM soybean, which is mostly used for livestock feed.

Although soybean production is a key driver of deforestation in South America and across the globe, the commissioner outlined that banning GM feed products in the EU would have a detrimental impact on EU farming.

“It is a scientifically-developed breeding technique resulting in crops which are full of rich proteins that you can feed to animals.

“If you are using mono-cultural industrial agriculture that is creating problems, monopolising the market with people fighting to have more land and destroying the land – that is down to humans, not soybeans,” said the commissioner who sat down with AgriLand ahead of Animal Health Ireland’s 10th anniversary conference in Dublin.

The commissioner, who is also a medical doctor, described GM soybean as an “excellent, scientific achievement”.

According to the commission’s Crops Market Observatory, the bloc currently imports about 14 million tonnes of soybeans per year as a source of protein to feed animals, including: chicken; pigs; and cattle, as well as for milk production.

Non-GM soybean availability has decreased, the latest figures suggest that only nine million tonnes would be fit for purpose in the EU.

To date, 58 GMs have been authorised for consumption in food and feed in the EU – including: maize; cotton; soybean; oilseed rape; and sugar beet, with a number of others awaiting approval.

However, environmental campaigners, climate change activists, scientists and some farming groups are lobbying hard against the deforestation issue in Brazil, where crops like maize, palm and soybean have replaced large swathes of rain forests.

The Irish Grain Growers Group (IGGG) recently called for a ban on the importation of palm kernal, palm oil, GM soya products and GM maize into Ireland, as it claims the importation is clocking up transport emissions.

Plus, the group is concerned that such imported GM crops “may be treated” with pesticides that are currently banned in Ireland and the EU at large.

However, speaking to AgriLand, last year, Dr. Barbara Doyle Prestwich of University College Cork said that the EU was in the “dark ages” of technology when it came to GM and gene-editing.

“As a result of genetic modification – whether that’s gene editing or conventional modification – you can have lower inputs; lower insecticides; lower agro-chemicals overall; higher yields; need less land for production; and less water,” she explained.

Russian-born Commissioner Andriukaitis – who is a member of the Social Democratic Party of Lithuania – rejects many of the concerns espoused by environmental lobbyists.

“For me, it’s strange that here in Europe people are fighting against innovation.The European Food Safety Authority authorises all GM feed which enters EU market because it is safe.

“At the moment all 28 member states – including Austria, including Hungary – are importing GM feed for feeding their husbandry – fish, poultry, animals, altogether.

“And they are importing, at the moment, about 36/37/38 million tonnes per year because it is safe and it absolutely guarantees good quality meat; milk, poultry etc.

“How many countries do not allow the use of GM feed their animal husbandry? Not one,” he said.

The commissioner says that banning of GM feed would lead to “an economic crisis” across Europe.

“You can’t guarantee everyday food on your tables if you exclude today’s feed for fish, poultry and animals in Europe.

He warned that banning the importation of GM feed products into the EU would be a “disaster”. He described  campaign movements rallying against GM as “hypocritical”.

I know there are longstanding movements, but they are lying about reality. This is a conspiracy theory and scaremongering. That is the problem about GM feed.

“If it’s banned, it will be a crisis – a social, economic crisis in the supermarket and it will be immediate,” the commissioner concluded. 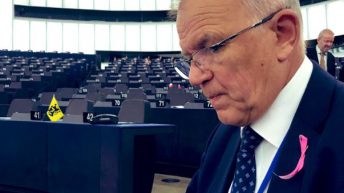 ‘If you choose to be vegan, don’t blame others for eating meat’