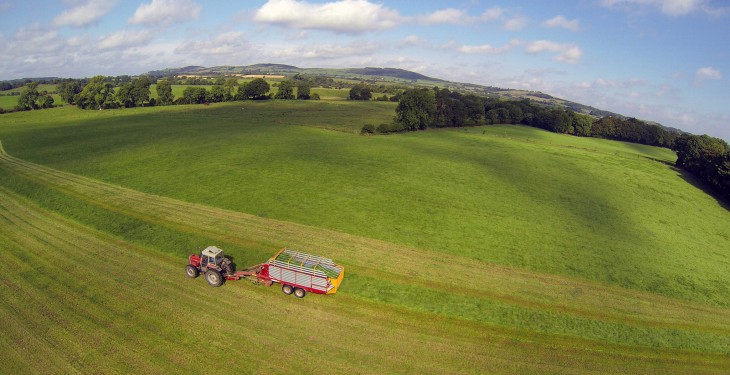 The Ulster Farmers’ Union (UFU) has met with Department of Agriculture and Rural Development (DARD) officials to discuss the difficulties associated with the implementation of Greening in Northern Ireland.

Barclay Bell, UFU Deputy President, said that with spring ground work having already begun there is still great uncertainty around the guidance for the Greening payment.

“With DARD’s guidance booklet still only in draft form, this meeting was an opportunity for us to raise our serious concerns about the ongoing delays in the provision of guidance, the layout of the guidance booklet and the process of implementing Ecological Focus Areas.

“There is a real concern among members of the Seeds and Cereals Committee that the draft booklet presents both confusing and conflicting guidance as well as a lack of information on other matters associated with sheughs, hedges, fallow land and the link between the Greening payment and agri-environment schemes,” the UFU Deputy President said.

DARD recently announced that the European Commission has requested that all Member States ensure that farmers identify, measure and map the Ecological Focus Areas on their land. The UFU said that this was making an already complex process even more complicated and that it was not acceptable that DARD has sprung this on farmers at such a late stage.

“As we get ever closer to the deadline for submitting the 2015 Single Application Form, the UFU has lobbied to ensure that DARD take all farmer concerns into consideration and that they try and simplify this process as much as possible. We also reiterated that there should be no Greening reductions applied for any mistakes made in this year’s application,” the UFU said.