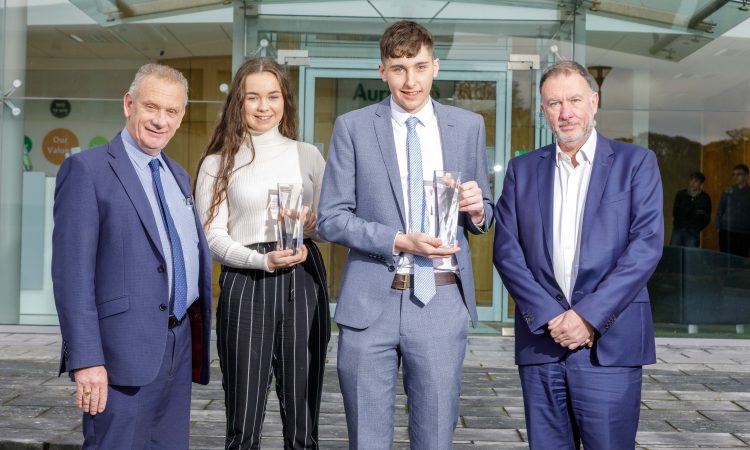 Headquartered in the north-west of Ireland, Aurivo presented the awards to Dylan Cronin of Four Mile House, Co. Roscommon, and Niamh Meehan from Ballindine, Co. Mayo.

Two scholarships, each worth €2,500, were awarded as part of Aurivo’s programme which aims to recognise and reward academic excellence and support young achievers who wish to develop careers in an agri-related profession.

Dylan Cronin from Four Mile House studied at Scoil Mhuire in Strokestown before embarking on a Bachelor of Science in Agricultural Science at University College Dublin (UCD) last month.

Dylan has a keen interest in animal husbandry and nutrition as well as profitable and sustainable beef production and hopes to learn more about these areas through the course.

Niamh Meehan, from Ballindine, studied at Mount Saint Michael secondary school in Claremorris, Co. Mayo,  before going on to pursue a Bachelor of Science in Agricultural Science at UCD last month.

Growing up on a dairy farm, Niamh has been heavily involved in the running of her family farm down through the years.

Now in its third year, Aurivo established and sponsors the programme in memory of Paddy Gaffney and Sean Mulleady who died tragically in 2013.

The competition is open to students from Aurivo’s catchment area who undertake a level seven or level eight third-level degree course in agriculture, food or nutrition.

I would like to congratulate Dylan and Niamh on this achievement and wish them all the best for their future career.

Concluding, Duffy said: “We understand the hard work and dedication it takes to pursue a career in an agri-related profession, and we are delighted to play our part in supporting young people in the north west of Ireland to do so.” 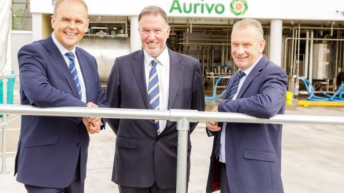