Met Éireann has issued two Status Orange wind warnings, covering the whole country,  the first of which in already in place as Storm Brendan.

The first of these warnings is for counties Donegal and Kerry, as well as all of Connacht, as the storm tracks to the north-west of the Ireland.

It is expected that southerly winds will reach mean speeds of 65km/h to 80km/h, with gusts generally up to 130km/h in these regions – though these speeds could be higher in exposed places.

There will be significant risk of coastal flooding, according to the national forecaster, due to the combination of high spring tides and storm surges.

This warning came into effect at 5:00am this morning, Monday, January 13, and is valid until 9:00pm tonight.

The second warning is valid from 8:00am this morning until 3:00pm this afternoon, and covers the remainder of the country, i.e., All of Leinster as well as counties Cavan; Monaghan; Clare; Cork; Limerick; Tipperary; and Waterford.

In these regions, southerly winds will reach mean speeds of 50km/h to 70km/h, with gusts of 100km/h to 120km/h – again, these speeds are likely to be higher in exposed areas.

As with the earlier warning, there will be significant risk of coastal flooding due to the high spring tides and storm surges.

Met Éireann said that the gusts will be “severe and damaging”.

As well as the wind, heavy rain is also expected to extend from the Atlantic, which will be thundery at times. 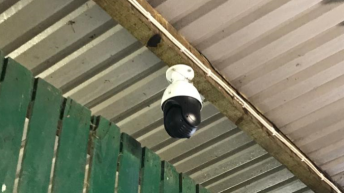 Trying to reduce the workload during springtime? Why not install a camera…