24-month calving is a ‘must achieve’ dairy target 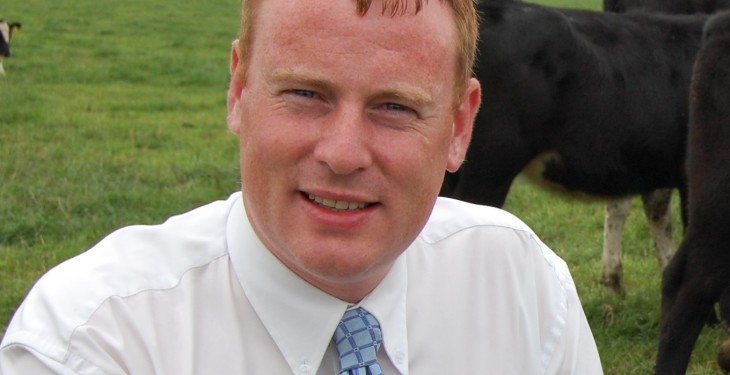 Replacement heifers must be calved down between 22 and 24 months, according to Alltech’s John Lawlor.

Speaking to Agriland at Emerald Expo, he dispelled any doubts that farmers might have had regarding the absolute necessity for replacement heifers to be calved down at between 22 and 24 months.

“Leaving replacements to grow on to 30 months at calving will only serve to double the cost incurred by farmers. Figures from Teagasc confirm that it will cost €1,500 to rear a heifer, calving at 24 months. The equivalent figure for 30 months is almost €3,000 when one takes account of the additional feeding costs plus loss in milk sales.

“International research has confirmed that well reared heifers at 24 months will be grow into cows equivalent in size to all other herd members,. There is also no negative impact regarding these animals’ longevity within their respective milking groups.”

He went on to point out that all of these results are premised on heifers attaining 90% of their mature bodyweight when calving down at 24 months of age. “This figure is specific to each individual herd and is based on the average weight of third and fouth lactation cows in mid lactation on individual farms.”

The Alltech representative was speaking at a Dairy Health Workshop that had been organised as part of the Emerald Expo event. “In conjunction with Gain Feeds we have developed a Heifer Rearing Programme, which will allow Irish dairy farmers reach the required growth targets with their replacement animals. The programme is premised on heifers meeting their weight for age growth targets. And in this context, farmers are encouraged to weigh their replacements regularly throughout their rearing period. This can be done using a set of scales or with the help of weigh tapes that have been specifically developed as part of the programme.

“Heifer rearing is the second largest cost incurred on dairy farms. Calving down heifers at twenty four months, as opposed to thirty months represents a win:win scenario for milk producers. Less costs are incurred, animals are producing milk at an earlier age and there is absolutely no impact on the ability of these animals to produce milk effectively over may lactations.”