‘Trail’ to the top: The building of Bracken Enterprise 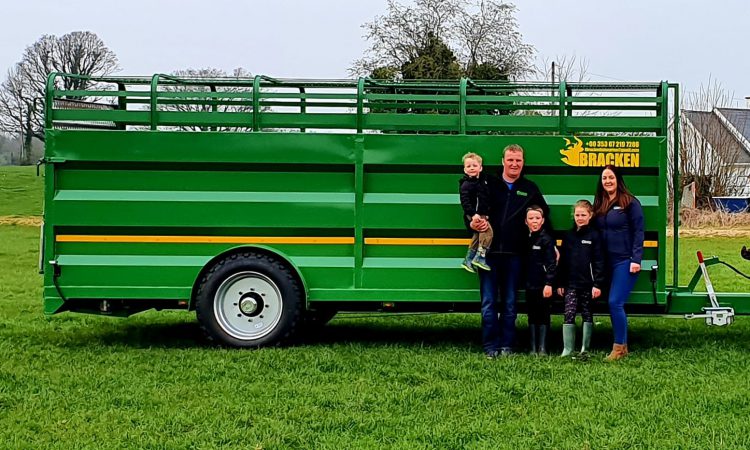 Johnny Bracken with his wife Aisling and their children

The past few years have been a wild ride for Laois man Johnny Bracken, who juggles a suckler and sheep enterprise on the home farm with a growing trailer manufacturing business.

Johnny, who keeps 20 suckler cows as well as a flock of sheep in Portnahinch, Portarlington, was on a different path four years ago, compared with where he is today.

“Starting out, I was working for a company called Robinson Trailers, making lorry trailers,” Johnny explained to AgriLand. However, four years ago, he decided to realise his ambitions to be self-employed.

“I started out doing a lot of farm buildings – slatted units, sheds, and kitting out sheds; things like that. I also did – and still do – forestry crane repairs as well.”

Johnny is no stranger to creativity when the need arises – as was evidenced at Electric Picnic in recent years. However, in 2017, he decided to try something new:

I always had a plan to build low cattle trailers because we had one ourselves here for years, and it’s just so easy for loading the cattle into. A few neighbours had said to me that there would be a market out there for it if I started building them.

Taking the plunge, Johnny manufactured a trailer for his neighbour – and it grew from there: “I built the first one and after that I just happened to get really good interest in it. I just wanted to build an affordable low livestock trailer.”

“In 2018 I won Ireland’s Best Young Entrepreneur (IBYE) for Laois and that gave me a lump sum of money to invest to build the workshop and get the business off the ground.” 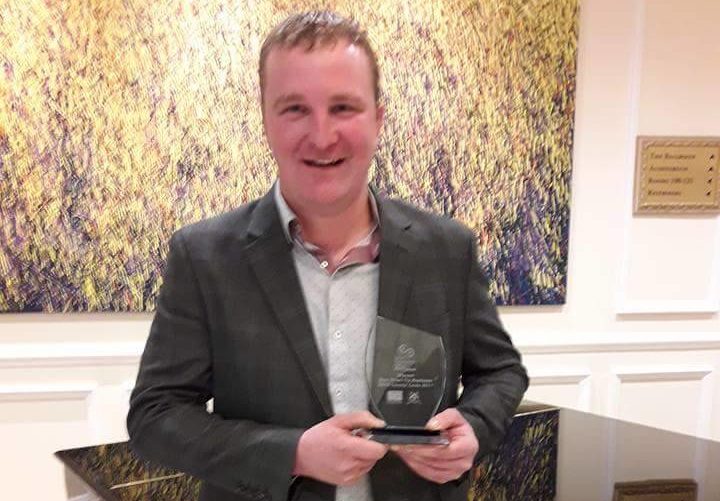 This was a key point in the journey, with Johnny noting that the win gave him a “great boost”, as well as money to invest in the business. He highlighted the help his local enterprise office and Enterprise Ireland gave him, adding: “They’ve been behind me all the way and they’re still there to call on.”

At present, things are motoring along nicely for Bracken Enterprise; alongside himself, Johnny employs one full-time staff member, Martin Comerford, while Johnny’s wife Aisling looks after the paperwork, when not at her ‘day job’ with Breslin’s Pharmacy. Between them, the business produces a trailer every two weeks, while also providing breakdown repairs among other services.

Turning to the trailers in question, Bracken Enterprise builds trailers ranging in length from 14ft to 21ft. A key feature to them is their low dimensions – with just 21in (53cm) separating the trailer floor from ground level. 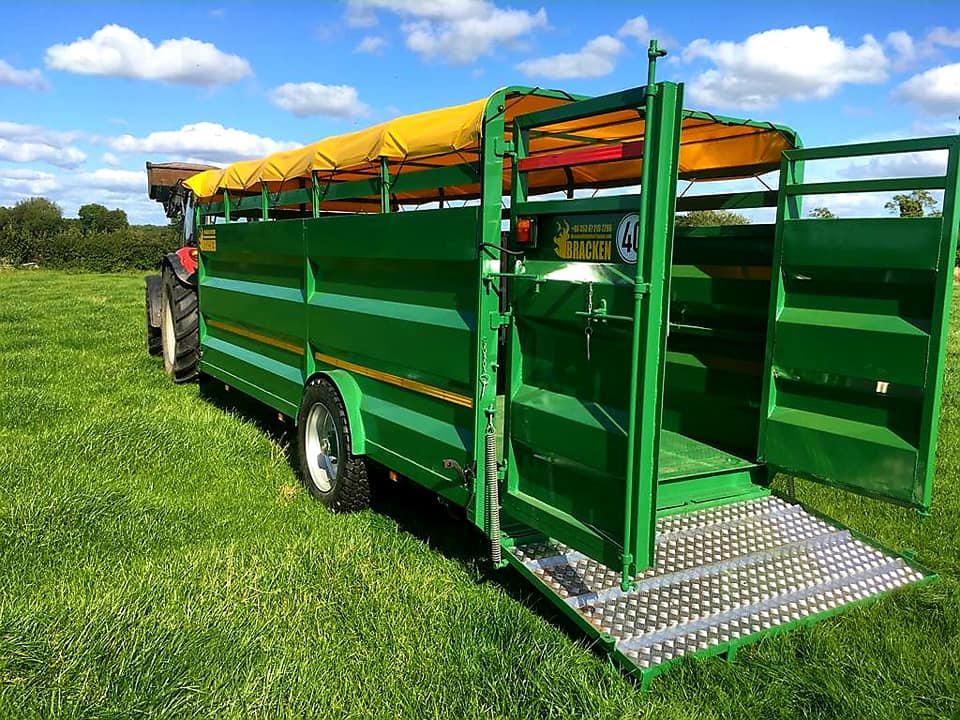 The trailer is finished off with either: bar-type doors and short aluminium ramps; or a full aluminium ramp with loading gates. It’s kitted out with a hydraulic braking system and breakaway as well as LED lights.

Asked how he finds juggling his two businesses, Johnny said he feels they complement each other very well – working from home as his own boss gives him more flexibility, particularly during busy parts of the year such as during calving or lambing season.

It leaves me with the option of being home for these things – which would have been the main reason for starting up the business.

“Unfortunately we didn’t have enough acreage to get into dairy here, and suckler farming on its own just wasn’t a sufficient income,” he said.

In addition, as one himself, he “knows what farmers want” in terms of making life easy when loading or transporting livestock. 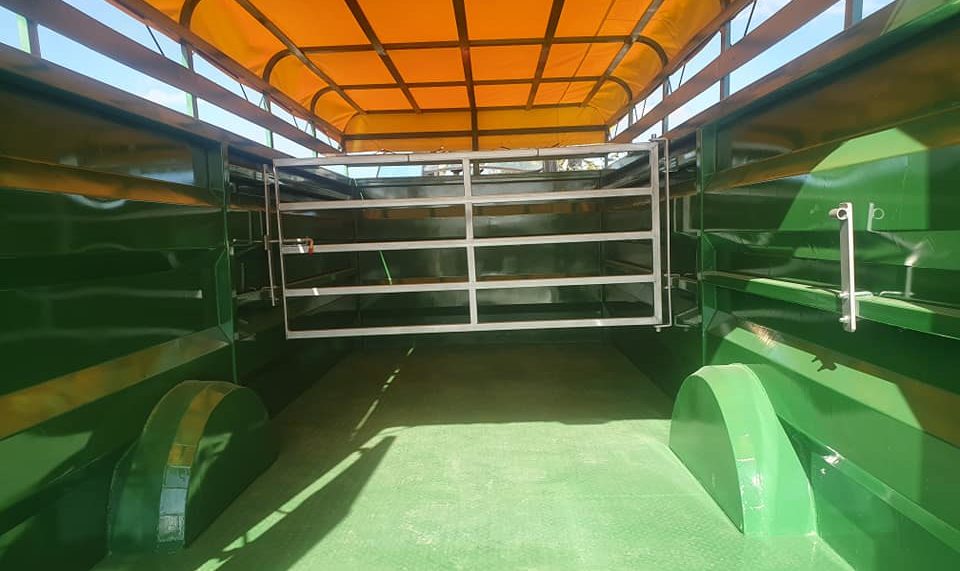 Quizzed on what lessons he has learned along the way, Johnny said that keeping the business small and “neat” has stood to him so far.

“I’m a small enough operation – I’m able to give my clients one-to-one attention. The customer is dealing directly with me – the man who’s building the trailer.

The little extra touches they want on the trailer aren’t a problem; they’re not going through dealerships or anything like that to get the product they want.

“The most important thing for me is that I’m a young business starting out and I’ll be around for a long time – so my name is key.”

Turning to plans for the future, the Laois man has ambitions to increase production and, all going well, look to breaking into the UK and European markets down the road.

For now though, Johnny is content: “It’s a young business – well I like to think I’m young as well, I’m only 36! The potential for the business to grow is there, plus the fact that I’m working from my own family farm – everything works well together.”

For those interested in learning more about Bracken Enterprise, more details can be obtained through the company’s Facebook page here. 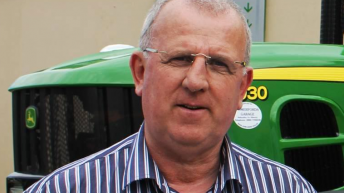 Jimmy Butler resigns as president of the FTMTA