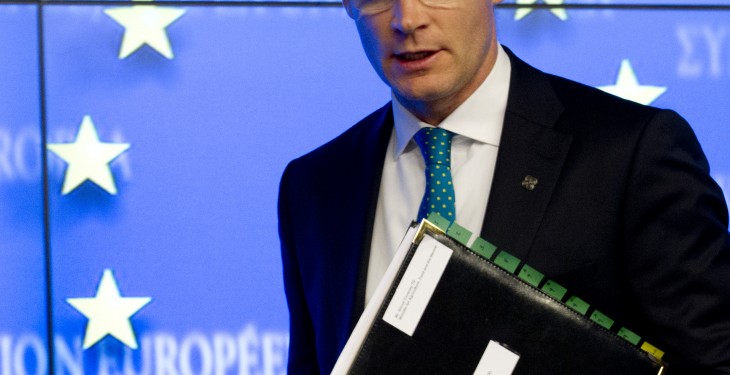 Iran is set to become a growing market for Irish dairy exports, with the Minister for Agriculture, Food and the Marine Simon Coveney planning a trade mission to the country next  year.

“Given its population I am confident Iran will in the future be a growing market for exports of dairy products.

He said the Department of Agriculture has been actively engaged with the Iranian authorities with a view to re-opening access to that market for beef and sheepmeat products.

The Department of Agriculture he said hosted an inspection visit from an Iranian delegation between April 29 and May 6, 2012, when they received an overview of our control and inspection policies as well as visiting plants interested in exporting to Iran.

He said the visit was successful and resulted in the Iranians lifting their ban on Irish beef on 26 July 2012. “Subsequently, initial agreement was reached on a Veterinary Health Cert for beef.

“This veterinary health cert, however, is restricted to boneless beef from animals aged under 30 months and requires that slaughter of animals whose meat is destined for Iran be overseen by their veterinary authorities.”

The Department of Agriculture is currently working with industry to analyse the implications of this requirement, he said.

He said that a draft veterinary health certificate for sheepmeat was sent to the Iranian authorities by the Irish Department of Agriculture in October 2014. “We are currently awaiting a response.”

He went on to say that since 2011, the Department of Agriculture has met on five separate occasions with Iranian officials, in most cases headed up by the Iranian Ambassador to Ireland.

“These meetings were helpful in facilitating the progress of access for Irish beef to the Iranian market and also discussed the possibility of co-operation on food safety between both countries.”

He said that he has met with Ambassador Javad Kachoueian twice in 2014, and said these meetings were extremely useful in allowing us to begin exploring the potential in agri-trade between both countries.

“Given Iran’s growing population, I highlighted the potential for further trade between Ireland and Iran in the agri-food sector, in particular, the dairy, processed food and meat sectors.

“My plans for trade missions for next year are not yet finalised.”