Tractor focus: Is this ‘Young Turk’ a runner here in the Emerald Isle? 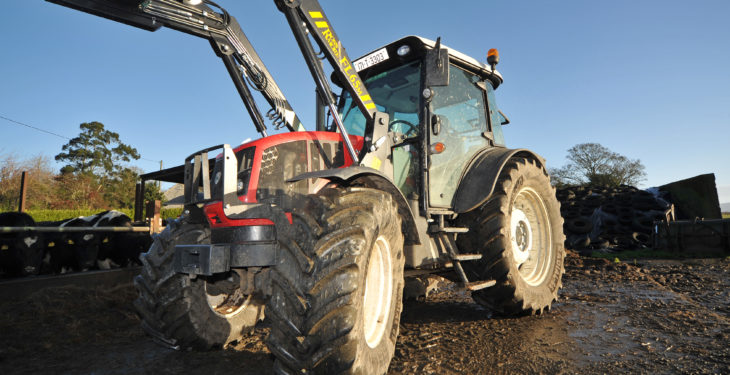 The marketing departments of the tractor manufacturers must dream of actually coming across the sort of farm they fondly imagine they have created the perfect tractor for.

No more so than in the ‘stockman tractor‘ sector, where simple easy-to-use machines (without the pricey frills of mega-powered models) are aimed squarely at these hard-pressed fellows.

One such farmer is Tom Grant of Fethard, Co. Tipperary; he runs a 60-cow dairy herd with the calves being kept for beef or replacements. He is the typical target customer for one of the vast number of models available around the 100hp mark.

Yet, it was not one of the big names that he opted for; instead he chose ArmaTrac – a Turkish marque that has only been available for a couple of years here in Ireland. 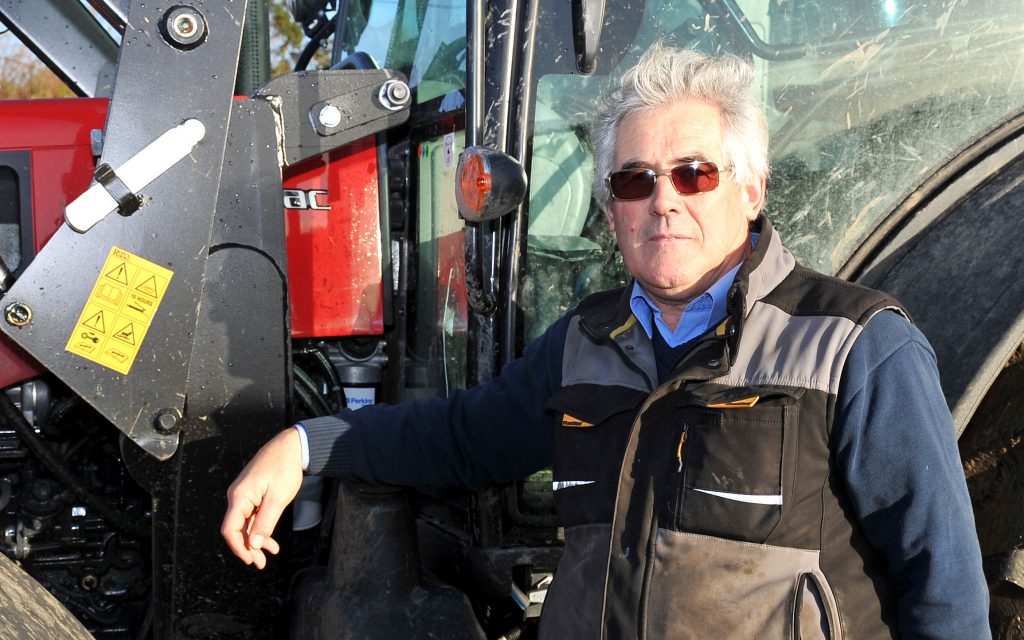 There were two main reasons for his decision; the first, not surprisingly, was the cost. Up until recently, Tom had relied solely upon a 73hp Case IH JX80. It was a good, comfortable and reliable tractor; yet he was minded to upgrade it for something larger.

He asked after a new Massey Ferguson; the answer was €90,000 – all in with a loader. He thought better of asking again at any other major franchise and put the idea to one side.

A while later he was passing Cahir 4X4 when he spotted the 114hp ArmaTrac 1104 on its forecourt. It was the chunky tyres that caught his eye – wider than normal and far better suited to feeding outside in soft winter fields.

This was the second feature that swayed him, as they came as a standard, dealer-fitted feature. The price was a refreshing €60,000 with a Rossmore loader included. As this particular machine was an ‘ex-demo’ with 240 hours on the clock there was further discount still. 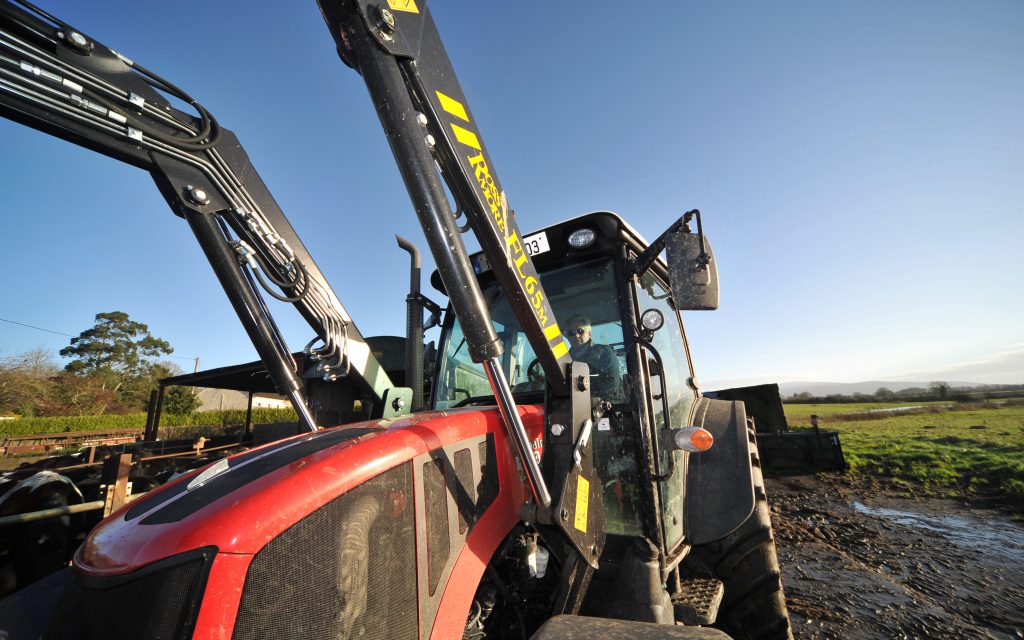 That was in October and the tractor was on the farm very soon afterwards, where it has since proven itself as his ideal choice.

ArmaTrac is not a marque that many are familiar with, including Tom at the time, so why did he put his faith in the unknown?

“It was a fine-looking tractor that just seemed right for the job,” he explained. Yet, it was not just the aesthetics and sense of presence that swayed him. “You can’t go wrong with a Perkins engine and it seemed a well-put-together tractor all round.” 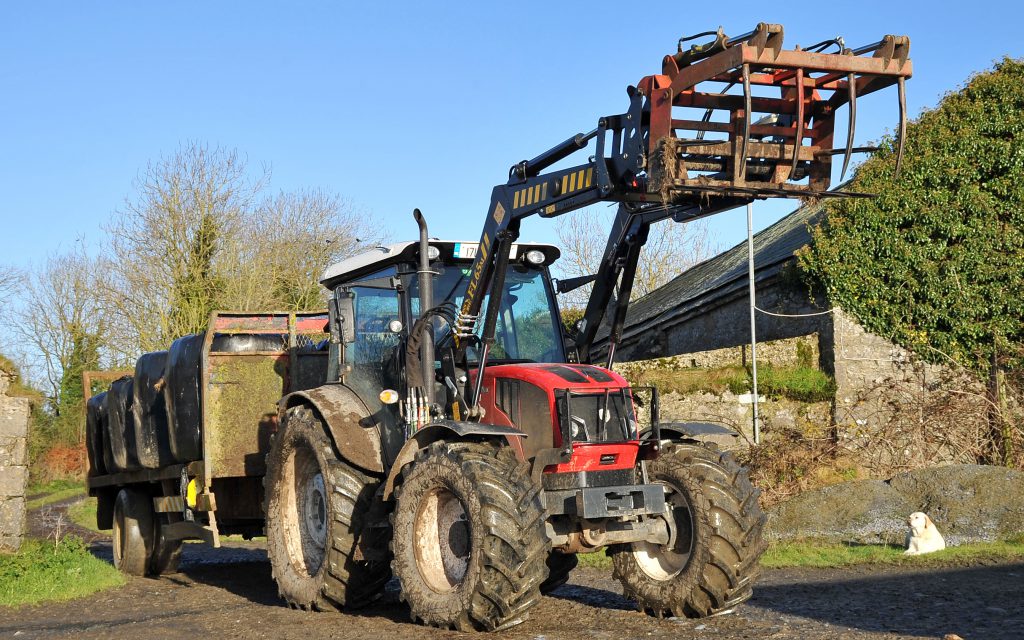 He is also an old customer of Pat Lawrence – the owner of Cahir 4X4 – and trusted his recommendation.

Besides the Perkins power-plant, the ArmaTrac also comes with a ZF transmission and axles. This arrangement gives a fully synchronised, four-speed box with a split on each gear – plus high/low ranges. The shuttle is mechanical and electronics are kept well away from the business of changing gear, which is just as Tom likes it. 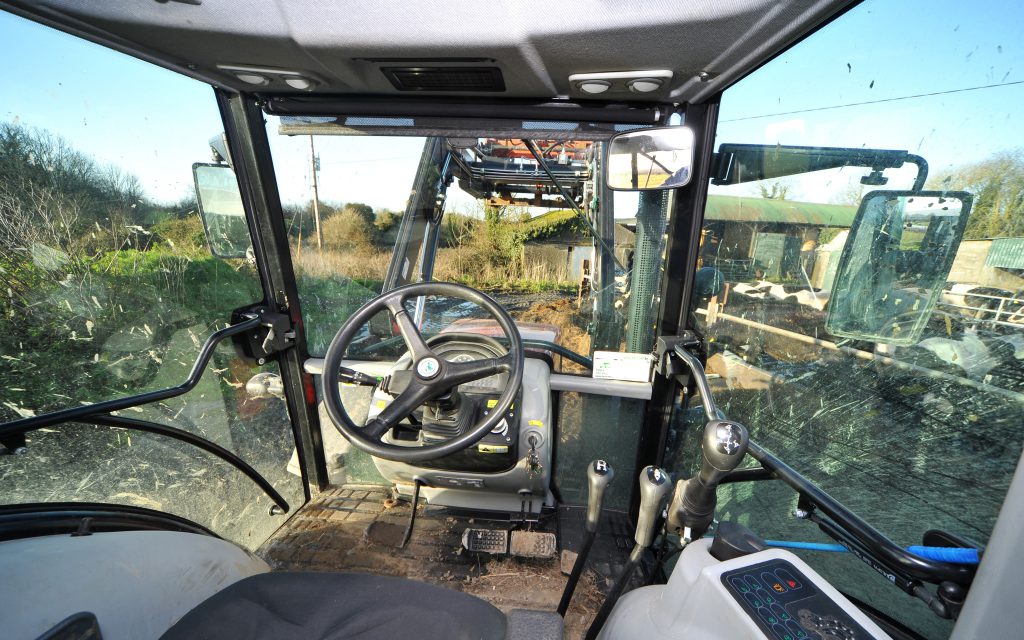 Despite the lack of expensive, electronic gearshifts, the engine comes with “up-to-date” common-rail fuel injection. The hydraulics are also mastered by electronics, although simplicity is maintained by having the two beefy lift rams located outside of the transmission – avoiding the need for cab removal should there ever be a problem in that department. 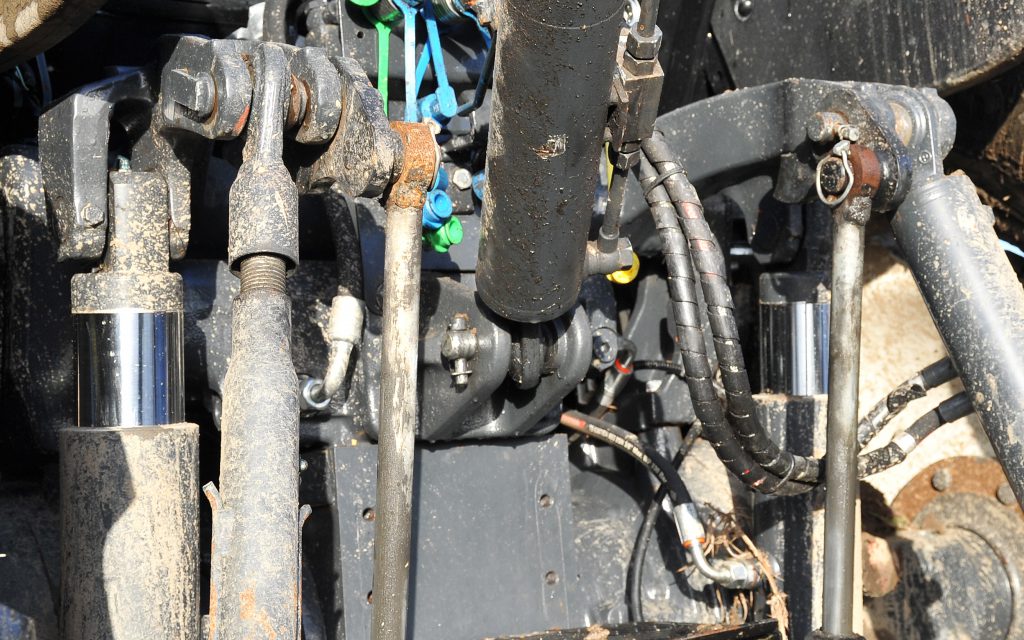 These rams provide a lift of 5t and are fed by a 60L/min pump – half as much again as the JX80. Tom is delighted with the increased speed of loader operation provided by this extra capacity.

In addition to the faster lifting cycle, farm operations are expedited by the extra power. Tom rents some ground six miles away and he frequently fetches bales back to the main farm. “She’s a lot quicker up the hills and more relaxing to drive,” he said – both being features that endear him to the tractor.

Will he look to upgrade any implements to match the stronger engine? “I might buy a larger slurry tanker for next season, but I’ve no plans otherwise,” he replied.

The wide-section front tyres are not a standard fitting at the factory; the originals are 360/70 R28s which the dealer replaced with 480/65 R24 sized boots – at no extra cost. These provide a much larger footprint on soft ground, especially important when handling bales of silage around the farm. 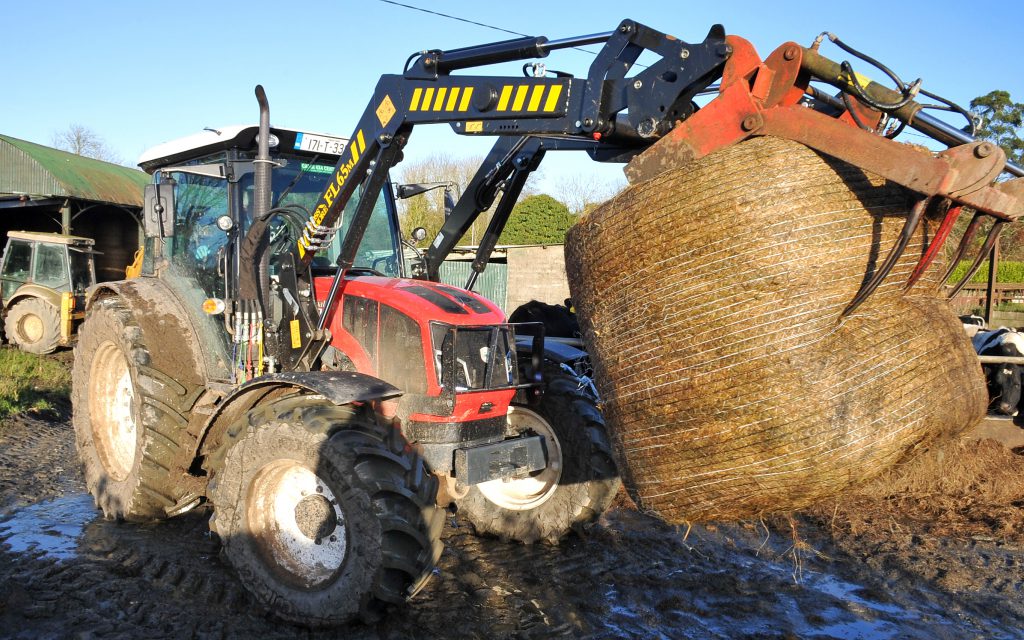 “Besides being easier on the soil, the whole set-up feels a lot more ‘planted’; the tractor is a great deal more stable,” said Tom, who wouldn’t switch back to the narrower wheels for love nor money.

Other features that he likes include the spring-loaded front mudguards. These can swivel slightly, allowing them to give a little – if up against a wall or at full lock on rough ground. He also likes the compact dimensions in relation to the power output; he feels that it is a thoroughly modern tractor even though it lacks the bells and whistles of its dearer counterparts.

Fly in the ointment

However, there is one fly in the ointment; that is the position of the exterior controls for the PTO and hydraulics. These are mounted on the right-hand rear mudguard; since nearly all tractors are accessed via the left-hand door it necessitates a walk around the front of the machine to get to them – greatly negating their usefulness.

ArmaTrac may be relatively new to the Irish market but it is not totally without pedigree. Its parent company – Erkunt – started life as a foundry back in the early 1950s and it still produces castings for many well known automotive-related companies, including Perkins. 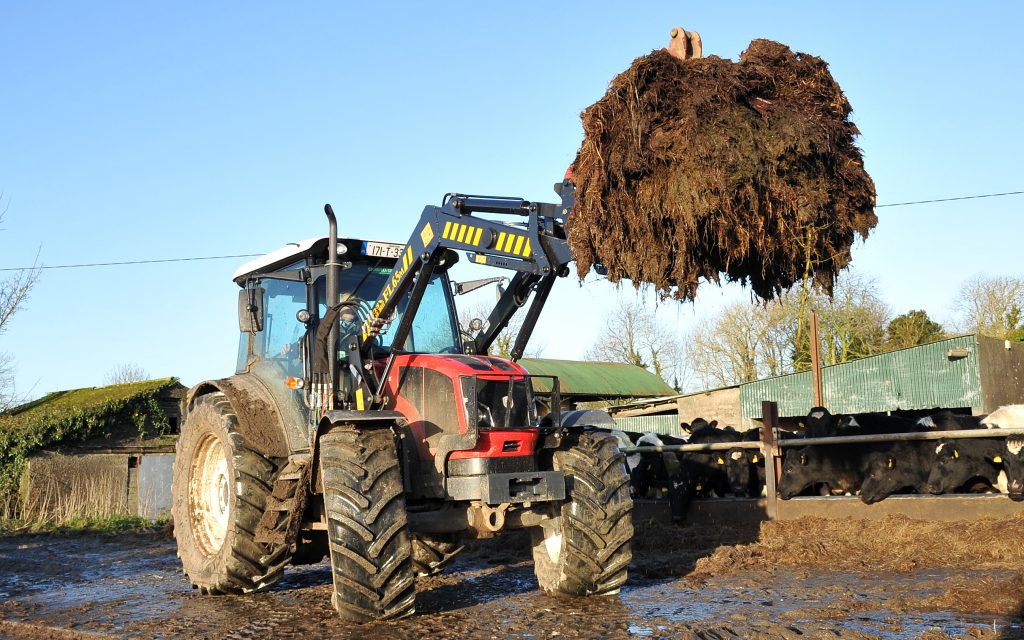 Late in 2017, it was purchased by Mahindra of India, which has also bought a large stake in Sampo Rosenlew (combine harvesters) of Finland.

Mahindra is obviously looking to gain a foothold in Europe and carry enough clout to ensure that we will be hearing a lot more about it in future. Meanwhile, back in Tipperary, Tom Grant summed up his Armatrac 1104 saying: “It allowed me to go for a new tractor instead of used; it will last me out.” 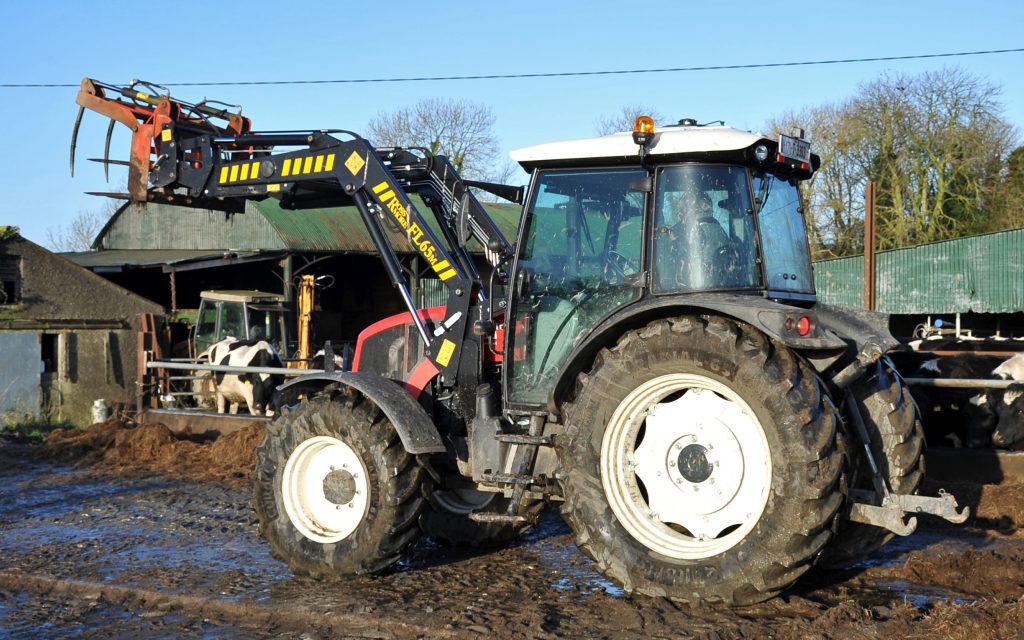 The marque fills a yawning gap between entry-level budget machines and first-line brands; don’t be unduly taken aback if we see Tom joined by a good number of other owners in the future. 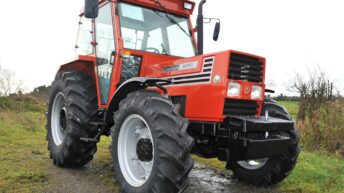