Tractor and baler go up in smoke in Wicklow

Firefighters had to be called on in Co. Wicklow over the weekend when a tractor and baler went on fire – extinguishing the blaze with foam, according to the local fire service.

The incident occurred in the “Model County” on Saturday evening, July 11, on the R754 regional road, according to Wicklow Fire Service, when members from the Rathdrum fire crew were sent in to tackler the flames.

“Saturday evening Rathdrum fire crew used foam to extinguish a tractor and baler on fire on the R754.”

The Association of Farm and Forestry Contractors in Ireland (FCI) has previously offered advice to machinery operatives on how to minimise the risk of machinery fires when out baling.

It is imperative that an air hose is used to blow down a baler at least once a day, the association stresses.

Heat can build up on a round baler due to friction, which is created when dry hay or silage material comes in contact with faulty bearings and baler belts, the FCI said.

Contractors have reported that this friction and overheating can cause bales to ignite; the resulting fires can cause significant damage to balers, and in some cases, the tractors, similar to what occurred in Wicklow.

In very hot weather, the FCI advises that an air hose is used to blow down a baler at the end of each day. In especially dry conditions, a baler may also need to be blown down during the day, it added. 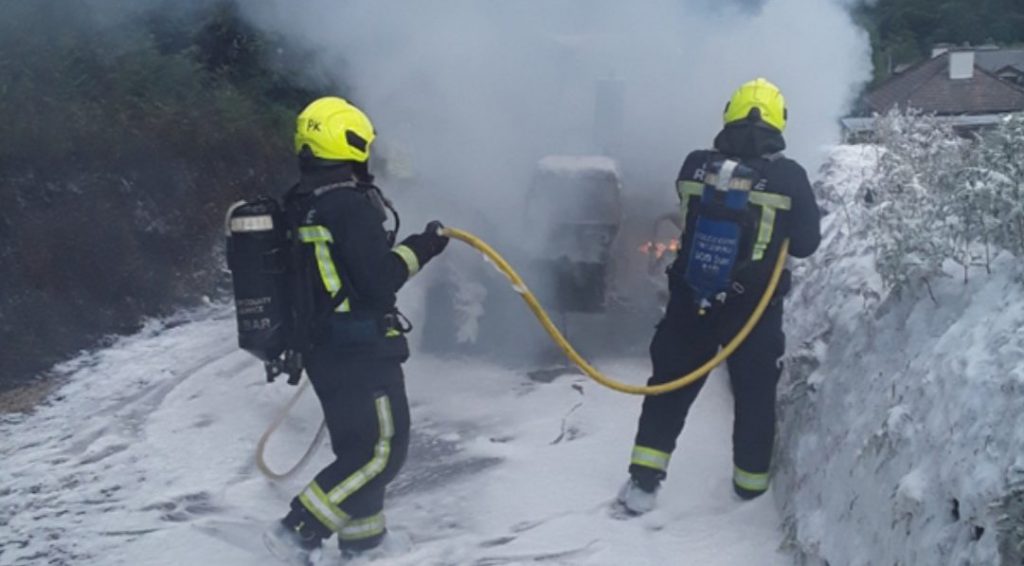 To reduce the risk of fires, farmers and contractors are advised to prevent crop, chaff, twine and net-wrap material from building up on the machine near potentially hot areas.

Special care must be shown around areas close to bearings, at the ends of baler rollers, and around the slip-clutch, according to the FCI.

There should also be regular checks on bearings on the ends of rollers for early signs of failure; these bearings should be replaced at the first sign of overheating, the FCI said.

Driver of 4X4 towing trailer reined in after 'dummy' deed