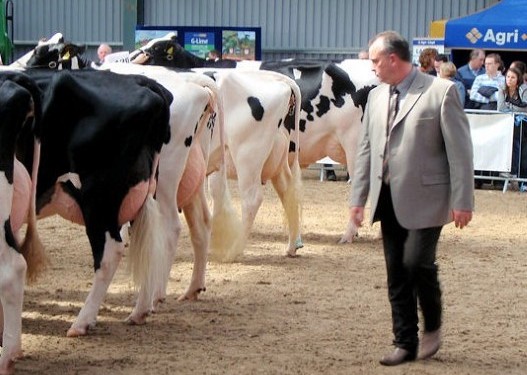 Lynden lives in Plymoth, Devon and works for Holstein UK. He comes from a long tradition of dairy farming. The family farmed Holsteins and Jerseys, with numerous All-Canadians and All- Americans in the herd.

He has showed extensively at livestock competitions including the US, the UK, Ireland, Europe, South America and Scandinavia. He is now a respected judge on the Shows circuit of Holsteins, Jerseys and Ayrshires in Canada, the UK and Ireland.

Minister of State for the Department of Agriculture, Tom Hayes is expected to present the top prize of 2,500 Euros and the Virginia Milk Products Trophy alongside sponsors Diageo and Glanbia Ingredients Ireland.

“It will be a tough but exciting task to select the winner of what has become the most prestigious dairy breeder’s prize in Ireland,” said Lynden.

In a final call for entries ahead of the closing date on 12 August, Competition Director Brendan Smyth, said he was looking forward to welcoming Lynden and breeders from all over Ireland to Virginia.

“We have third-generation breeders entering the competition now. It is great to see these experienced breeders passing on the tradition. We are also look forward to welcoming new faces to what promises to be a special anniversary event in Ireland’s show’s calendar.”