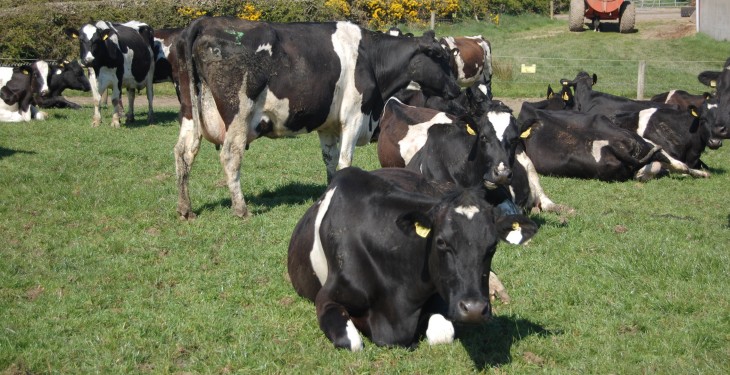 The ICBF has published the details of the top 200 EBI dairy herds in the country and Pat Flynn’s herd in Kilworth, Co. Cork takes the top spot with an EBI of €239.

In at number 13 on the list is Tomas Roche Kilwatermoy, Tallow, Co. Waterford who is a new entrant dairy farmer with an EBI of €212.

The Teagasc Next Generation dairy herd has fallen from this spot to 26th on the list, even though its EBI rose from €201 to €205.

In fact the top 10 dairy herds this year have an EBI of €215 or more, a rating that would have put them in second place last year. The Teagasc Solohead farm comes in at 116th with an EBI of €191. 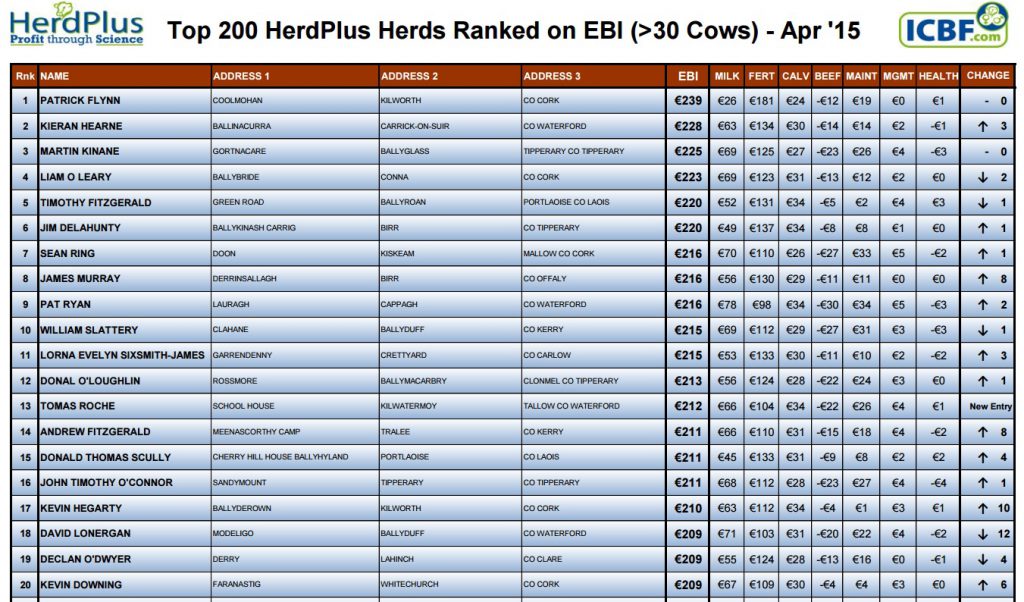