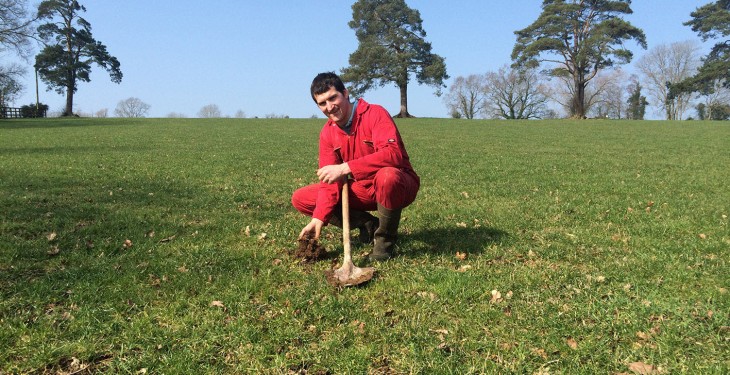 David Murphy from Co. Armagh has taken the lead in this years Yara Grass Prix, the competition which sees farmers compete to achieve the highest energy yield from grass.

The competition, now in its second year, and with more entrants than before, sees leading beef and dairy farmers from the UK and Ireland competing to achieve the highest energy yield from grass and has attracted both new faces and returning competitors from last season, it says.

The Yara Grass Prix winner will be the entrant with the highest Metabolisable Energy yield (ME/ha) averaged over the first two silage cuts.

Yara’s Irish Business Manager, Nicholas Morrison, said that there are six Irish entrants this year looking to claim the win for Ireland.

“We have one of the best climates for grass growth so, with added attention to detail, there is no reason we shouldn’t be celebrating an Irish winner,” he said.

Murphy runs a dairy enterprise at Tynan, Co. Armagh together with his father Ian.

“Grass is everything and ME is most important. To make up the difference for poor quality grass could mean feeding an extra 3kg meal/cow/day, which over the whole herd would add up to an extra €8,782/month off the bottom line,” he said.

Yara says that Murphy’s herd of 300 cows are housed all year round and fed using a zero grazing system buffer fed with high quality silage.

2014’s competition was hard fought, with all entrants improving their grass growing performance, averaging ME yields of 138,520 MJ/ha over two cuts, significantly beating the UK and Ireland average of 88,000 MJ/ha.

Last year’s eventual winner Willie Watson won with a ME yield of 183,927 MJ/ha, and feed value of 17.7DMt/ha and will be defending his title this year.

Final results of the Yara Grass Prix competition should be available in August following second cuts in June and July.

The entrants into Yara Grass Prix competition for 2015