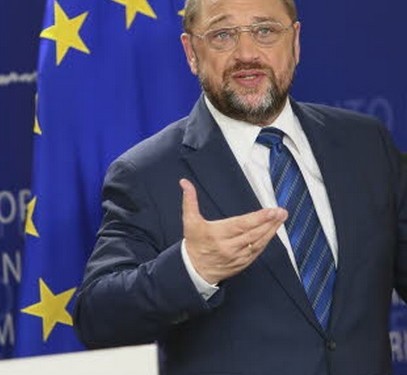 “Today’s farmers are new Renaissance men: they must possess the right mix of science, economics, entrepreneurialism, and environmental awareness to meet the challenges of the future.”

That’s according to European Parliament President Martin Schulz who made the comment in a recent speech entitled Feeding the Planet: Energy for Life.

He said we need innovative solutions to meet the double challenge of increasing scarcity and growing demand and stressed that the European Union’s Common Agricultural Policy must help farmers to advance in exactly this direction.

In a wide ranging speech on food, Schulz said Europe needs to show its capability to foster a change of culture in the consumption of food.

He cited that the Commission estimates the annual food waste generation in the 28 Member States is over 100 million tonnes, or 179 kilograms per capita.

He said this requires a leap change in our education and habits. The European Parliament set out its position on this in a resolution in January 2012 on how to avoid food waste.

This year the Commission came with a proposal to amend the Waste Framework Directive, aiming at the development of a comprehensive strategy to combat unnecessary food waste.

According to Schulz the sustainability of our food chain in Europe does not mean closing out to the world as some suggest.

He said an open Europe is a Europe that helps lifting millions of people out of poverty and it is one that is advantageous to consumers and helps the competitiveness of our farmers.

“Yet, food is not just another additional tradable commodity like any other,” he said.

Schulz said while investments in agriculture to increase yields and profitability are welcome. Rampant speculation which can have devastating consequences on the lives of millions, is not.