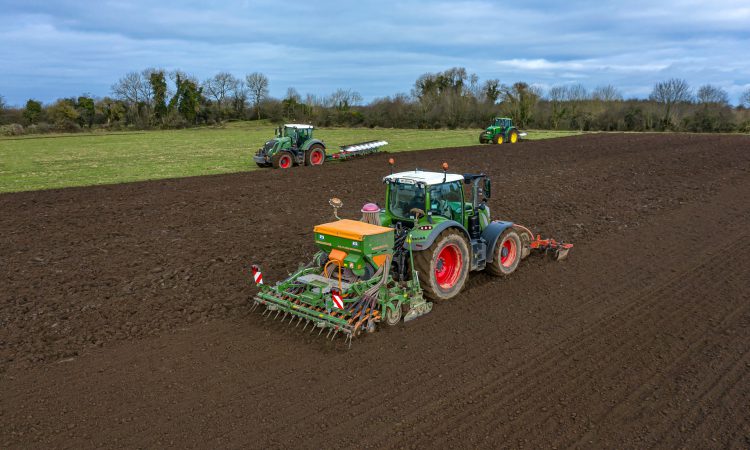 Adrian Leech Photography snapped this crew planting in Co. Westmeath at the weekend

Ciarán urged farmers to think long and hard before they replant.

Don’t jump at the decision to take out a crop, leave it for as long as you possibly can until growth gets going before you make the decision.

“When you drive around the country you can see in the main it’s not a whole field missing; it’s a headland.

“It might be a wet headland or a patch in the field – that often equates to an area where there’s poor drainage, a headland that has been trafficked quite a lot, maybe with soil structural issues.”

Ciarán asked does it make any sense to plant 0.5ac of spring barley on a bad headland in a winter barley field?

He added that there will be an opportunity to carry out drainage and plant cover crops on these areas of ground later in the year, which will help to improve the soil’s structure.

Ciarán advised farmers to take the opportunity to note the problem spots and to get drainage work done.

The tillage specialist gave advice to farmers trying to get land sown and tick some work off their list.

Winter wheat varieties can be planted up until the middle of February: “Generally with the varieties we have at the moment there are no real vernilasation issues.”

Commenting on work done by Richie Hackett at Oak Park a number of years ago, Ciarán stated: “He found that the yield of winter wheat varieties sown in the spring was similar to spring varieties sown at that time.

Just to bear in mind, it’s a spring crop on the basic payment. It’s not the variety. It’s the date – December 31.

Ciarán also noted that farmers should be aiming for a high sowing rate of 200-230kg/ha as soil conditions will most likely be difficult. 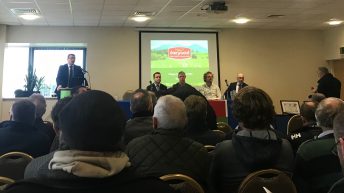 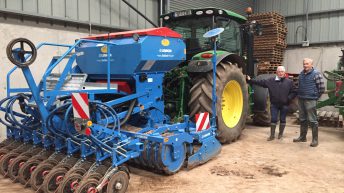 Ovens man is the Dairygold Malting Barley Grower of the Year