Ballykeefe Distillery is set to be the next big thing in the Irish agri-food industry. It is the only farm in Ireland producing whiskey from its own barley on its own premises.

Providence and sustainability will be the key to its success in the high-end whiskey market.

Morgan Ging had an ambition 25 years ago to produce whiskey from his own barley and in February 2017 he made that dream come true when he produced the first casks. That whiskey will hit the market in under three years time.

Already sitting behind bars is Ballykeefe poitín, gin and vodka and in the butchers and restaurants is Ballykeefe beef, which has been fed on distillers grains and pot ale spirits. The grass they eat is fertilised with washings from the plant. 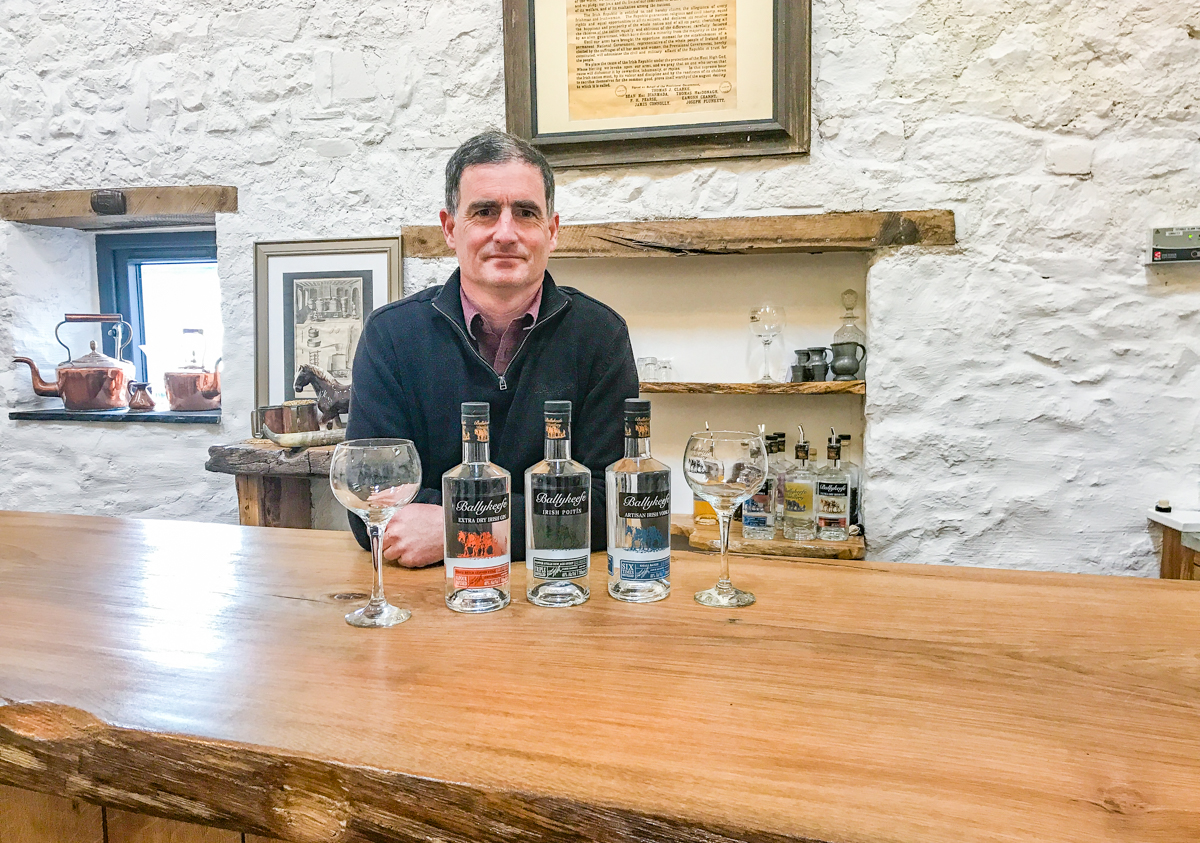 Located in Cuffsgrange, Co. Kilkenny, this really is a sustainable farm business. AgriLand visited on Monday last (May 21) and the visitor centre had just become the number one distillery to visit in Ireland on TripAdvisor over the previous weekend. It is also Co. Kilkenny’s top tourist attraction on the same website, winning out over stiff competition.

Morgan said: “I do the farming. Farming is my first love, so to be able to grow the malting barley and see it turn into a bottle of whiskey sitting on the shelf is pure pride. It’s also great to be able to feed the by-product out to the animals on the farm.

“We always grew malting barley for Minch Norton in Athy. I wanted to do this about 25 years ago but I couldn’t get a licence; when the licences became available, I jumped at the chance to build my own distillery.

We’re the only farm in the Republic of Ireland that grows its own barley and uses that to make its own spirits. We’re the only distillery feeding the by-products back out to the cattle on the farm.

“The spent grains are fed through the diet feeder to the beef cattle in the shed and the liquid from the wash still – pot ale – goes out to the cattle as a high-protein drink.

“All the other liquids from the distillery – wash-downs and everything like that – go out to a holding tank on the farm and we have a computerised system that neutralises the pH and we land-spread that.

“It’s a benefit to the farm here because the soil is low in copper. The washings from the last two distillations – the intermediate and the spirit still – are basically distilled water, but high in copper. It’s too high to feed to an animal to drink, so we land-spread it.

“We recently purchased a trailing shoe. We use it for spreading the waste from the distillery on the land. It’s all about being environmentally friendly and sustainable. Since we’ve got this, we’ve noticed an increase in grass growth, compared to when we were using the splash-plate. 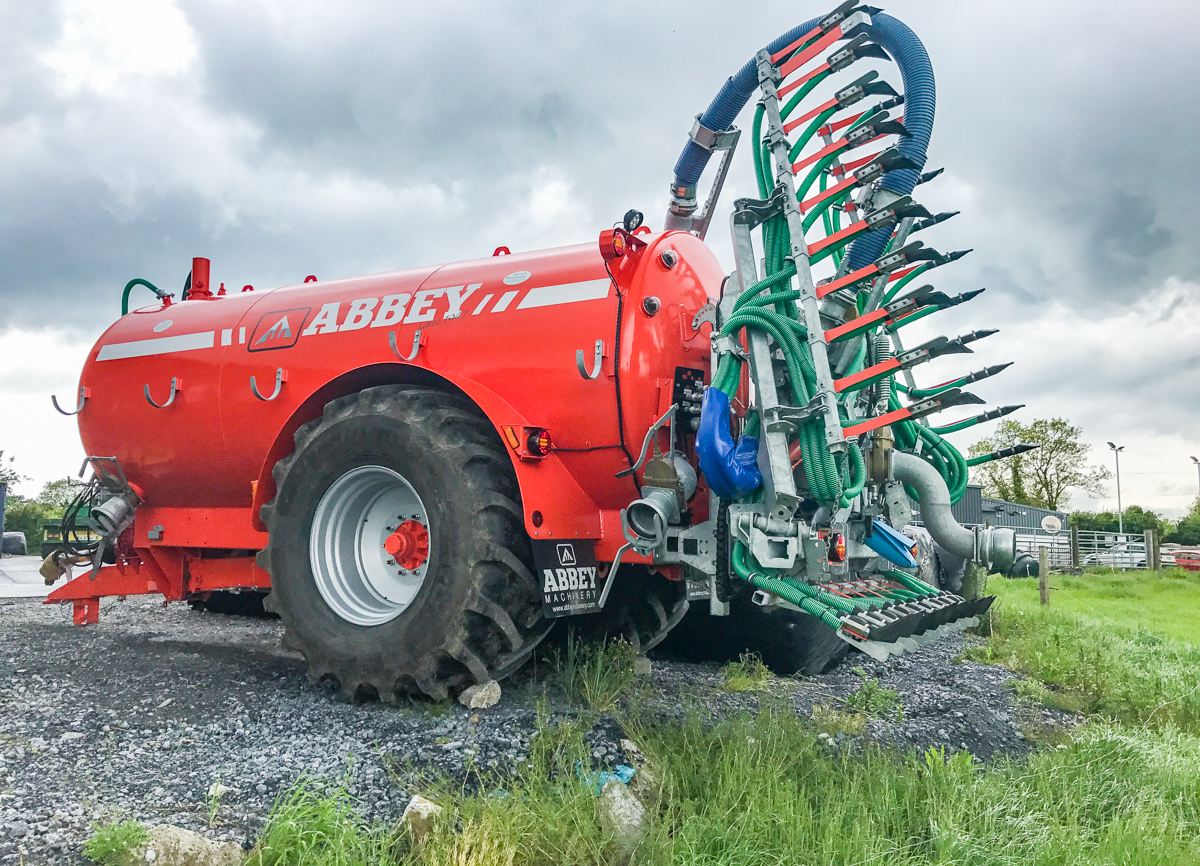 Whiskey made from homegrown barley

The whiskey is pure pot stilled; it’s made from pure barley. Pot stilled is 60% malted barley and 40% unmalted barley.

“At the moment we’re also doing a run of single estate malt barley – a pure malt whiskey. We’re also going to be making a rye whiskey later on in the year. We grew rye on the farm last year. 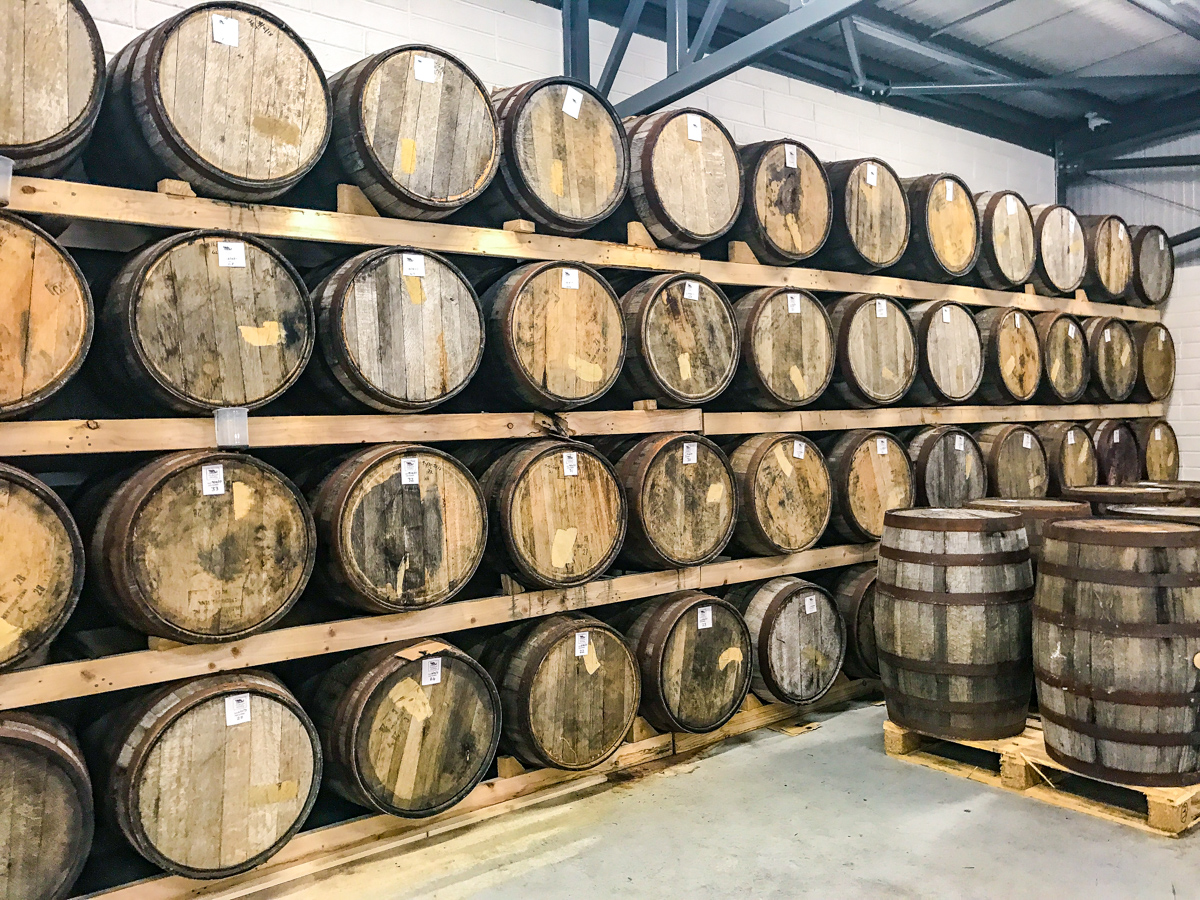 We grow double what we need. We retain all that barley because if you take this year for instance, where the barley was late sown, we’d be worried that it wouldn’t malt so we have last year’s stock.

“If this year’s barley malts we will retain it and we’ll sell off last year’s stock. We will always have a surplus to be able to retain our store of our own barley.

Protein contents are always a hot topic in malting barley.

“Proteins are important for distilling. You get a different flavour profile from the different proteins. We’re lucky enough; we have very good land that we’re growing the malting barley on and it usually comes in at around 9.6-9.8% protein,” Morgan added. 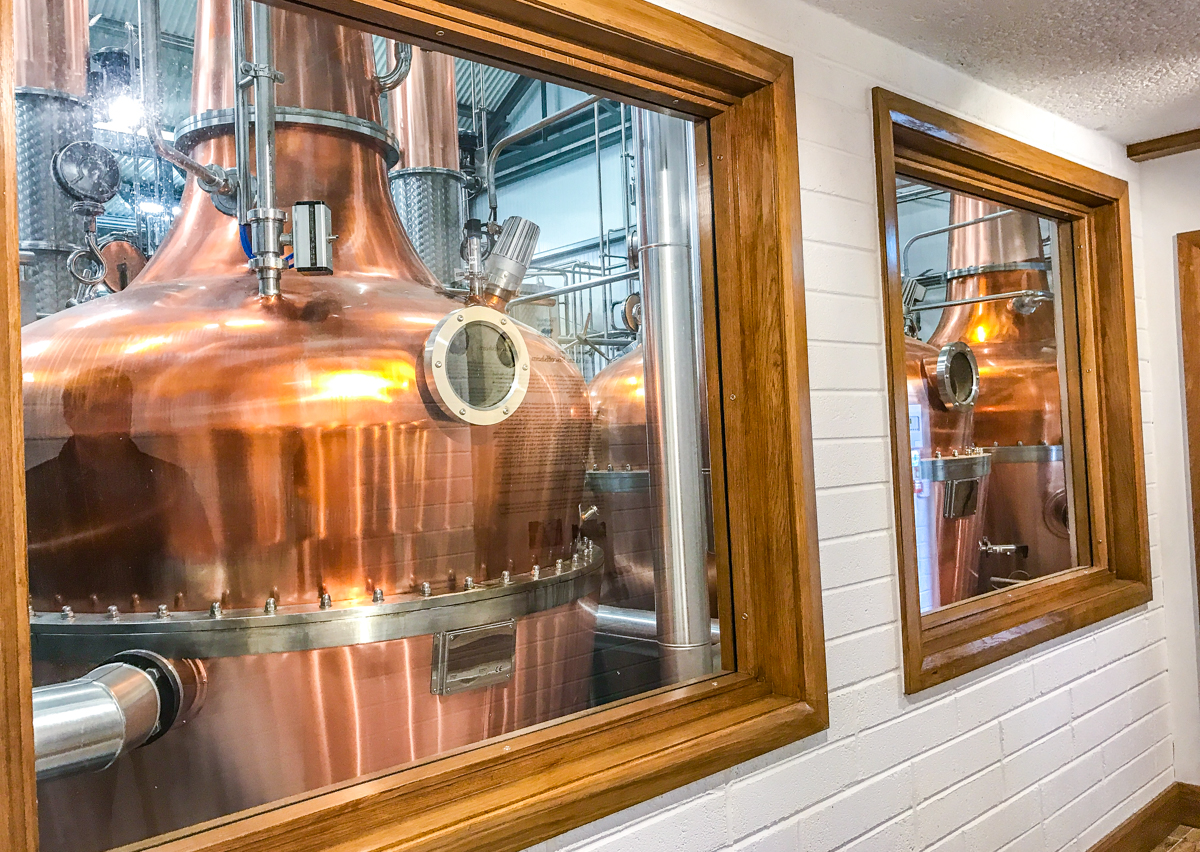 The entrance to the visitor centre

The first whiskey was laid down in August 2016 and Ballykeefe’s gin, vodka and poitín are all on the market. Ballykeefe’s gin came third in the world out of 12,000 entries in the San Francisco World Spirits Competition.

Ballykeefe Distillery will supply high-end whiskey, gin, vodka and poitín to its customers. As a result, there are no plans to expand. Morgan has also employed Jamie Baggott as the master distiller. Jamie is one of the most decorated distillers in the world and has received many awards.

“We can produce about 400 casks a year; we’re bespoke. We’re in at the super-premium end of the market. It’s not cheap whiskey; that’s why flavour profile is important to us. It’s not about spirit yield; we want a very premium whiskey.

We just won’t have enough.

“It’s not like milking a cow, where you milk one day and it has to leave the farm. With this, we will only release ‘X’ amount each year.

“We plan to stay at this size. It’s all about the flavour profile of the whiskey and producing a super-premium product.”

The brand’s poitín was launched last October and is stocked in SuperValu. The American market is gaining traction as well as China; Japan; eastern Europe; France; and Germany. A line of sale was also recently opened to Finland.

Morgan also has a beef enterprise on the farm, which is now feeding off of the distillery to produce ‘whiskey steaks’. Morgan is restocking at the minute, but had some cattle ready for the factory. Morgan buys in forward stores. He is on top of the jobs at the minute having made silage last week.

These cattle are ready for market now. They’re fed on the distillers grains and a balanced ration to go with it. They drink pot ale liquids.

The pot ale liquids are high in protein and give a flavour to the meat. 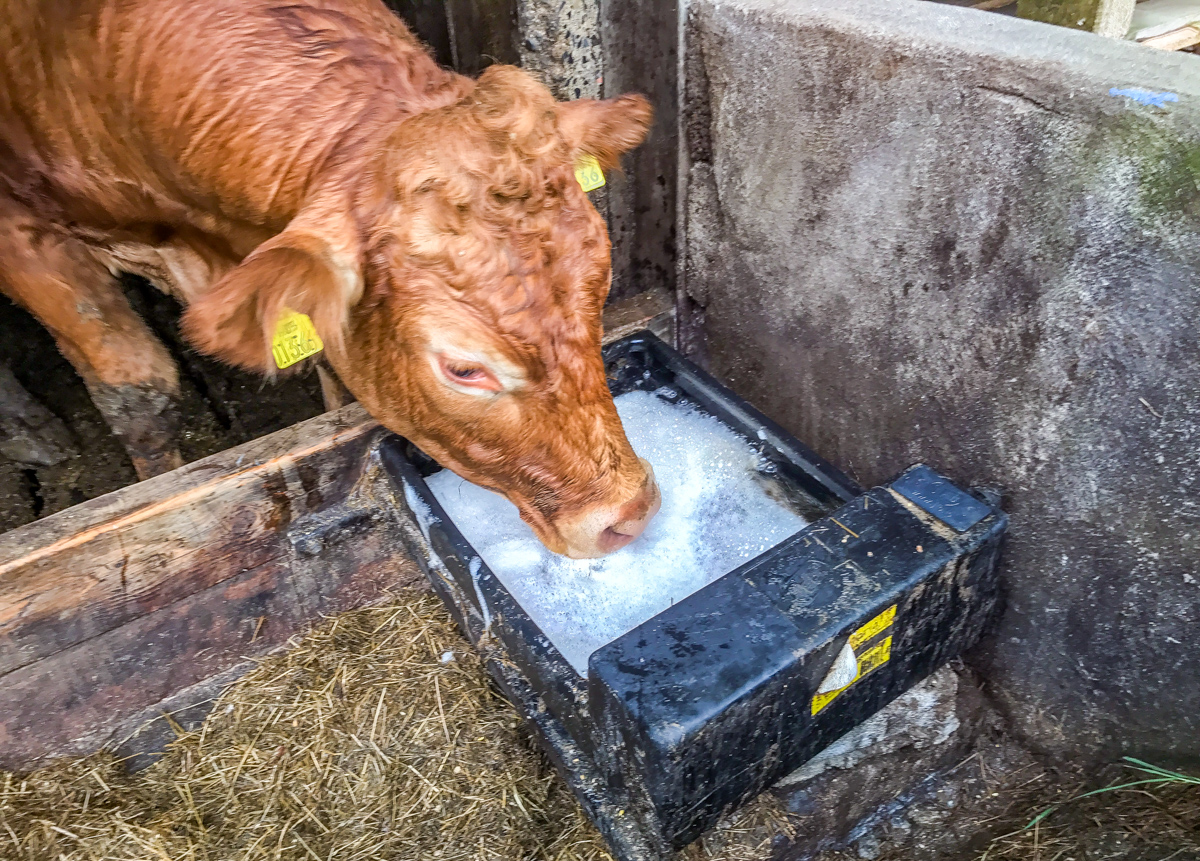 “They’re marketed as whiskey steaks, through Steaks Direct Ltd. We’ve had some interest from abroad for the steaks. It’s a new part of the business that we’re building up.

“We’re in Kernel Bar & Kitchen in Kilkenny this weekend (week ending May 27) and we’re in a number of other restaurants and an artisan butchers in Dublin. 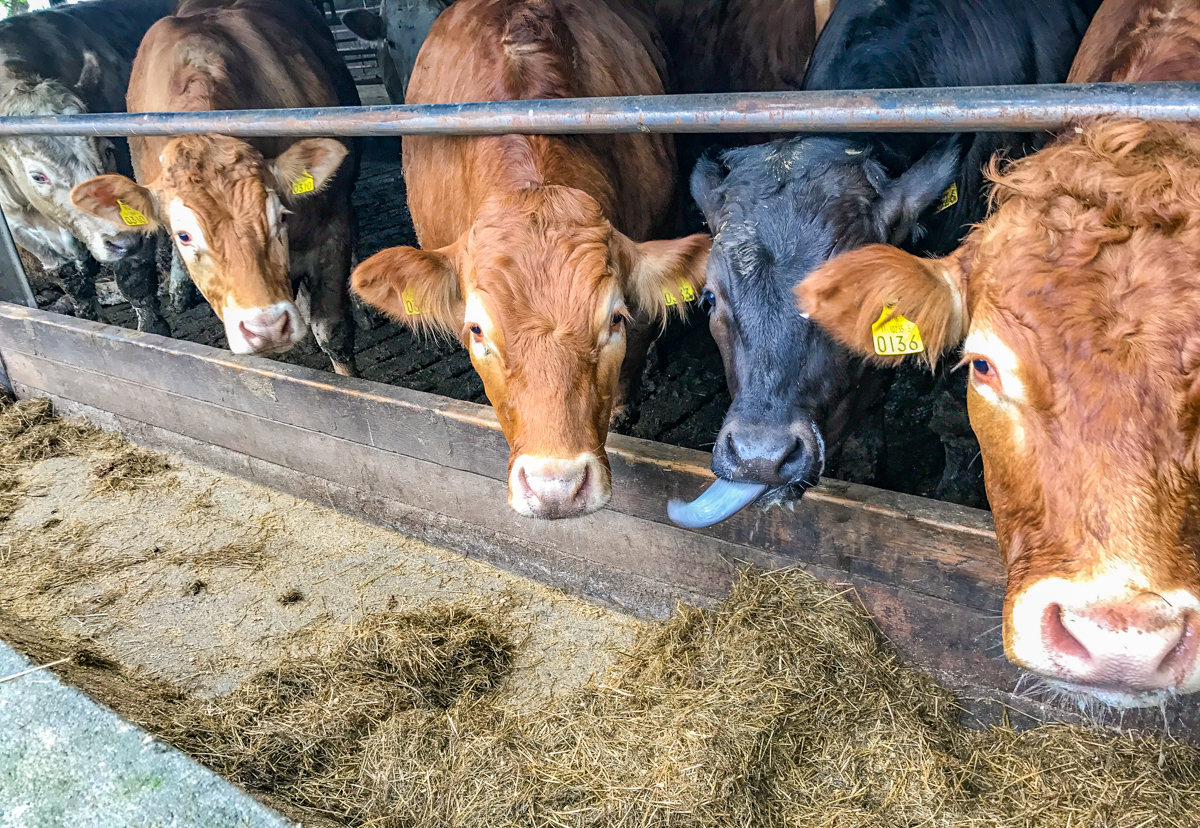 “It fits in nicely. I get up early in the morning to feed the cattle, do a bit of herding and then get back into the distillery. Jamie and Lynda are here all day. In the evenings when we close up I go back to the farm. I don’t see farming as a chore. It’s enjoyable work.

With the distillery you get to meet fantastic people coming in with stories from around the world. 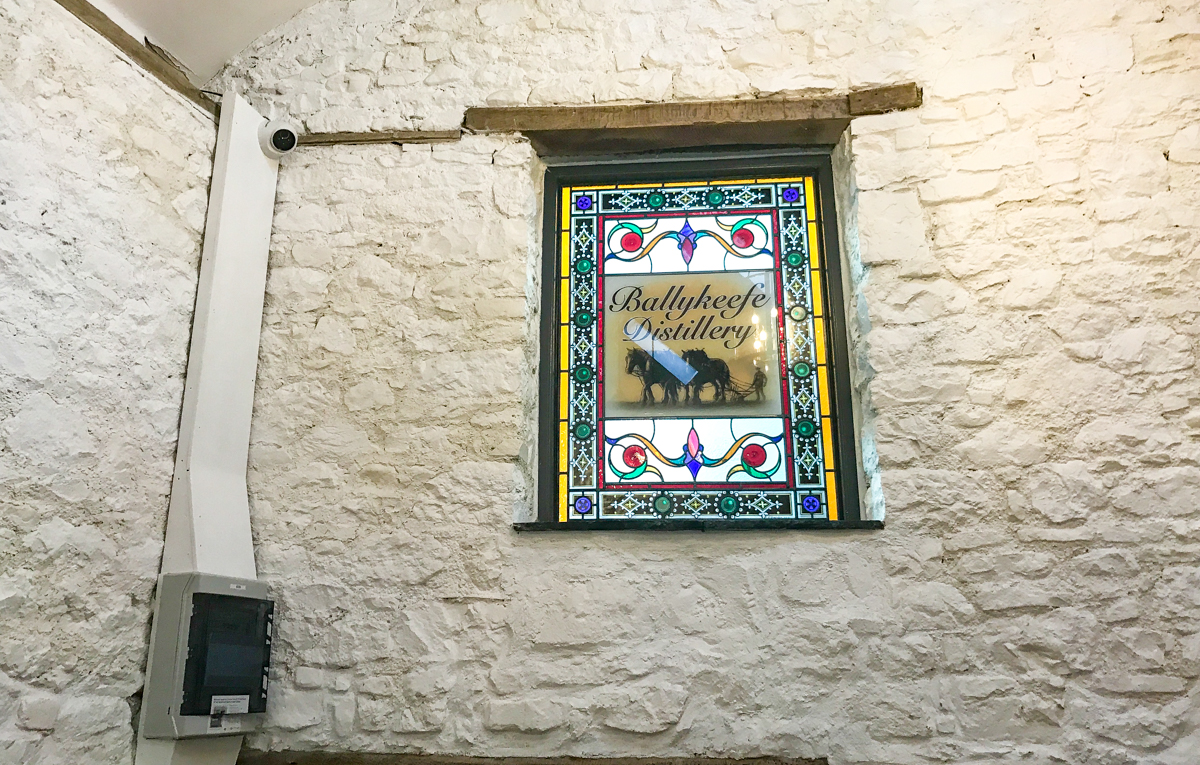