Four new combines to be sold by Christmas Eve; the elves will be busy in Borris.

Maurice Kelly of Kelly’s of Borris had a good complaint at the company’s open day – his biggest problem is moving on second-hand machinery, but the business man has found markets for used equipment as far away as Japan.

While combines don’t slot in under the Targeted Agricultural Modernisation Scheme (TAMS), one thing is for certain: The grant has not only helped tillage farmers to upgrade machinery, but it has also increased business for machinery dealers.

Kelly is encouraging tillage farmers to make use of it – while it’s there. 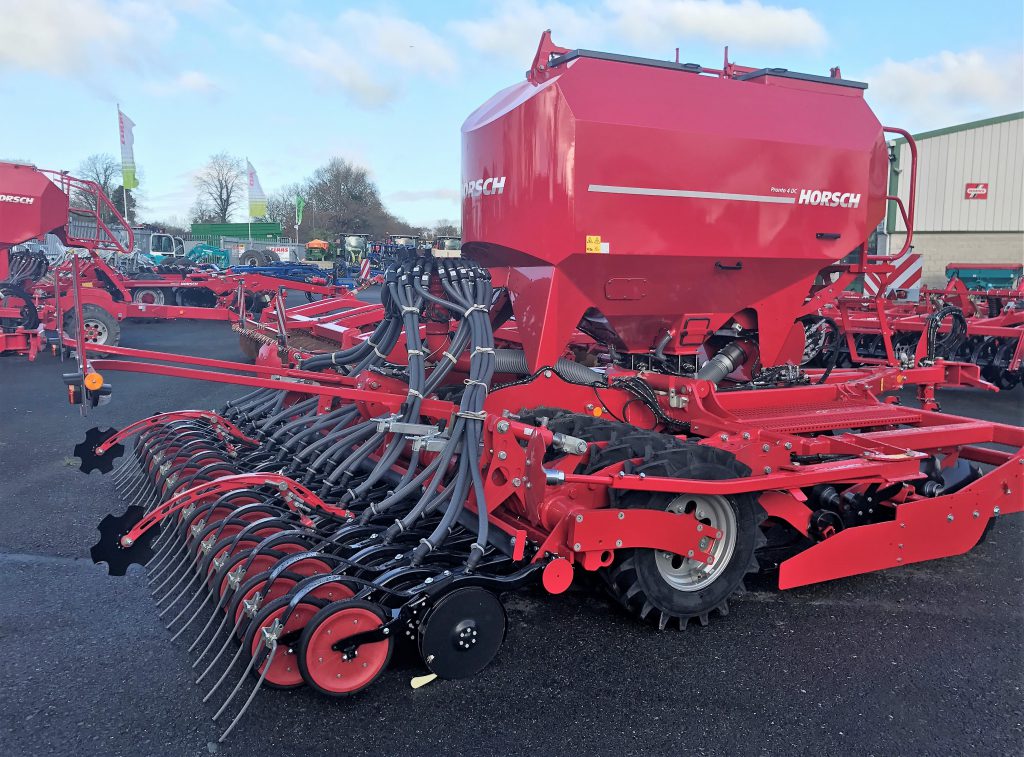 A perfect example of how the grant has increased business is the Horsch Leeb sprayer – a state of the art machine with all the bells and whistles. Kelly’s of Borris has sold 20 in two and a half years – 10 since the TAMS grant came out.

“We’re after selling a lot of those in the last month or so, mainly because of the TAMS grant. We had a number of them sold; a few of the big grain growers had bought them. We also sold a PT, which is the self-propelled version.

“The way everything is gone farmers have to have the right machinery to get the crop in the ground quicker and cheaper; and eventually they will make more money.

It’s all about trying to keep the input costs down. That’s what they’re trying to do.

Kelly is well aware that tillage incomes are down.

“The underlying thing is the price of grain. We’d love to see grain up another €20-30/t but what’s going to drive that? Maybe we need some market influences outside of Ireland to drive it.”

Despite the low incomes Kelly thought that more people would apply for the grant and stated that farmers should be making use of it.

“We’ve sold quite a few machines on it but we thought that for the second and third rounds – once people saw that others were successful and that it’s so easy to do – that more people would apply.”

The gallery below shows some of the machinery on display in Kelly’s of Borris at this week’s Tillage Open Day. Horsch and Dal-Bo equipment were the main attractions. 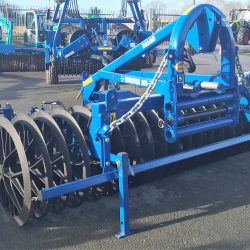 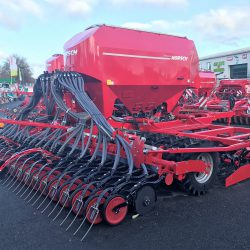 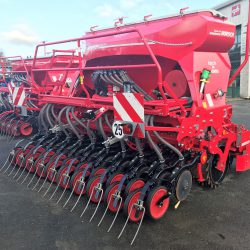 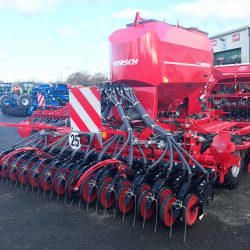 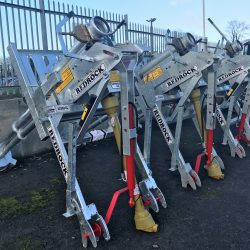 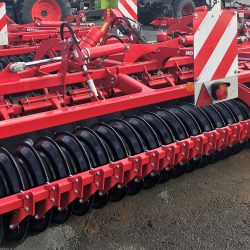 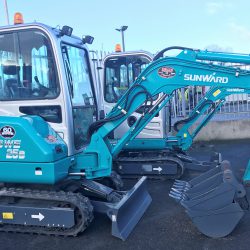 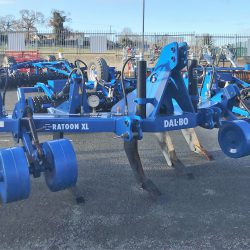 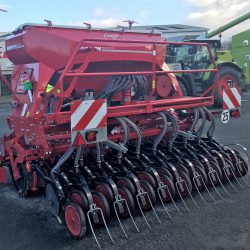 “It’s so easy to get onto it; it’s like doing your singe farm payment. People think you have to give accounts and you have to do this and that. You just have to apply for it. I think the refusal rate has been very low. Very few people have been refused.

“I’d say people are a little bit cautious of the TAMS grant. People think it’s too troublesome. We’ve had people who have bought machinery and haven’t used the grant. I can’t understand that.

Our message to people is – it’s there; it’s not going to be there forever. It’s 40% or 60% if you’re a young farmer. If you’re in a partnership there’s more money available.

“We’ve eight to 12 rollers sold on the TAMS grant and a similar number of drills. The biggest problem is used equipment because, when you get 40% off of the price of a new one, your second-hand values have dropped off.

Kelly’s of Borris is finding buyers for these second-hand machines all over the world.

“Machines go to the UK, Poland and a very odd machine even goes to the Ukraine; you just need to be lucky. If you have what they want – there’s no problem. They’ll ring you up and look for pictures and maybe they’ll come and look at it if they need to.

Last year, we sent a combine to Japan. We sent two or three combines out to the Ukraine and a couple to Poland. So at least we’re able to sell on second-hand machines. 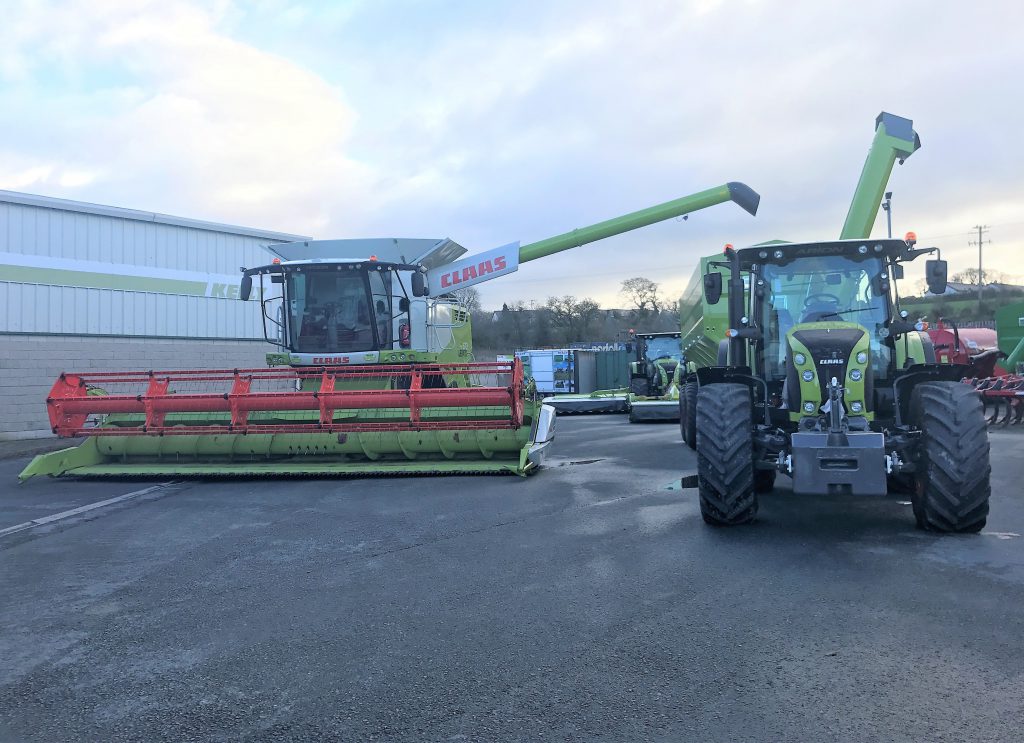 Business is good in general

In 2016, Kelly’s of Borris was the biggest Horsch dealer in Ireland and the UK. Kelly stated that business was good.

“There’s always a bit of a lull after the harvest and this year the harvest dragged on with the bad weather. Still, yields were good; the price of straw has held up very well – farmers are making great money on straw.

We have one combine sold. If we had four or five new combines sold by Christmas Eve we’d be quite happy.

“We also trade away in second-hand combines all through the year, including our own demonstrator.”

Some of the second-hand machinery that is currently sitting in Kelly’s of Borris is displayed in the gallery below. 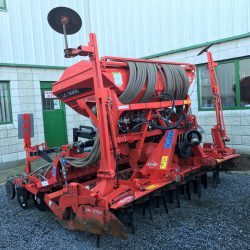 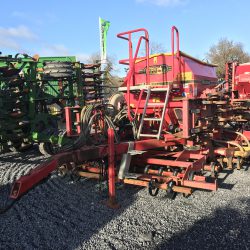 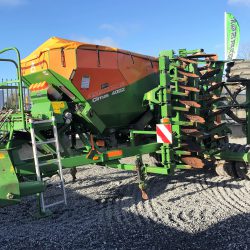 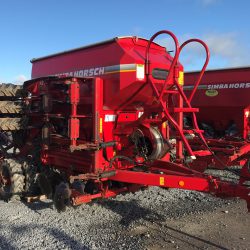 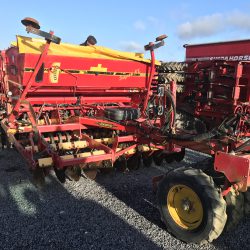 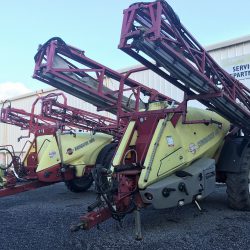 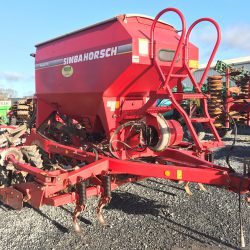 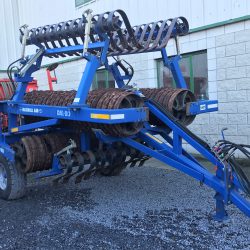 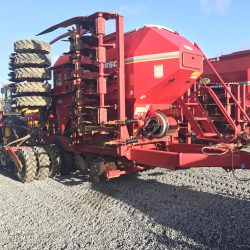 Harvest 2017 - the facts and the figures

Opinion: Automation is the future – we should be milking it