Conservation agriculture has many benefits. It can enhance the biodiversity on a farm; improve soil health through the use of cover crops and reduced tillage – the list goes on; but for Keith Swan who has an off-farm job it made life simpler and increased his profits.

AgriLand recently visited Swan’s farm along with the BASE (Biodiversity, Agriculture, Soil and Environment) Ireland group, which Keith is a member.

Keith farmed conventionally for many years on his farm outside Castledermot, but a shortage of time, a plateau in yields and reduced profits over a number of years saw him make changes to his system.

Keith had been practicing minimum-tillage cultivation on the farm for 11 years and this season moved to direct-drilling, with the exception of a crop of maize. 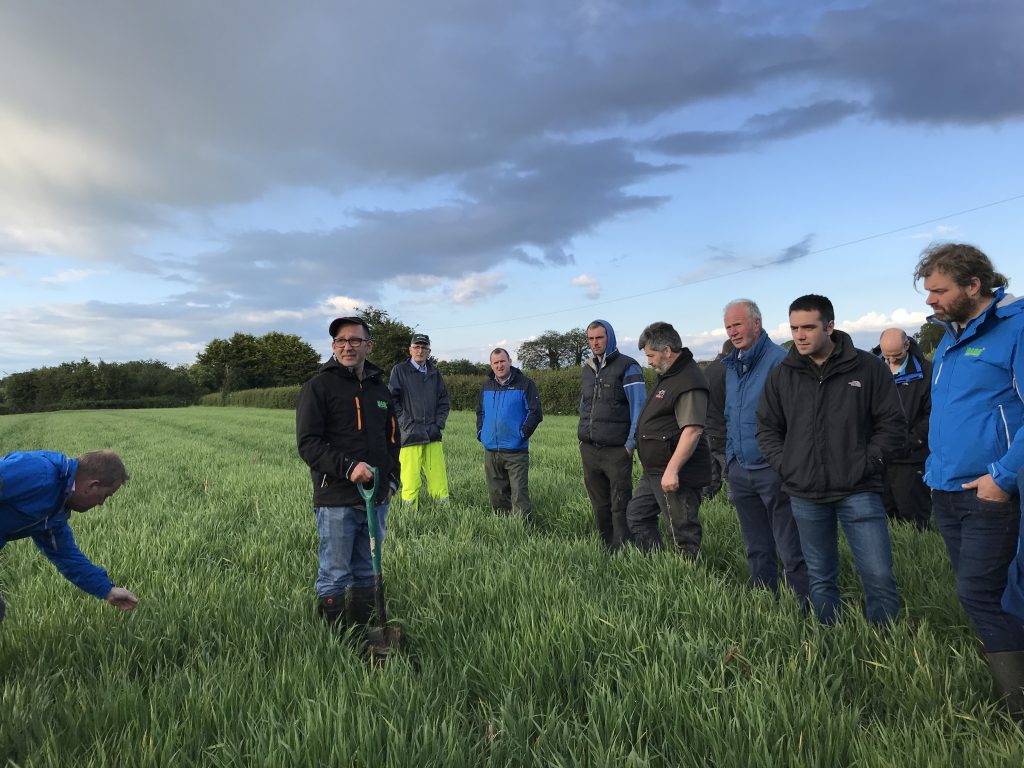 He made the move to direct-drill as he had seen his soil’s fertility deteriorate and yields decline in recent years. While this was happening the amount of inputs he was using was increasing and he decided something had to change.

“We had to do something to maintain yields. We had to start increasing the inputs we were putting into the crop, so we were starting to get into a very vicious circle that I wasn’t too keen on,” Keith explained. 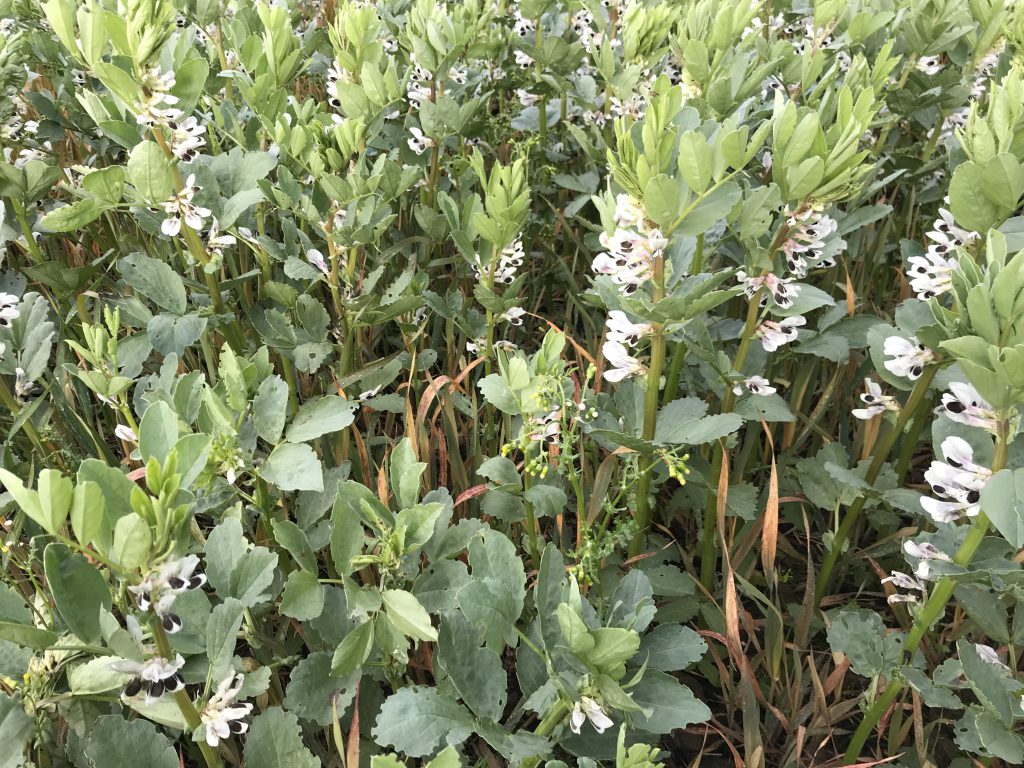 Spring beans were direct-drilled into a cover crop of oats

At the same time, Keith didn’t want to depend on a contractor.

“If I wanted to maintain independence and do some of the work myself there was no way I could run three tractors, a one-pass and a plough.

At my scale it has to be simple.

Since moving to reduced tillage Keith has seen the impact this has had on the environment and biodiversity on his farm.

“I really believe in the environmental dividend in these types of systems. I could see it starting in min-till. You have better worm numbers. The soil appears more alive. The soil colour changes. 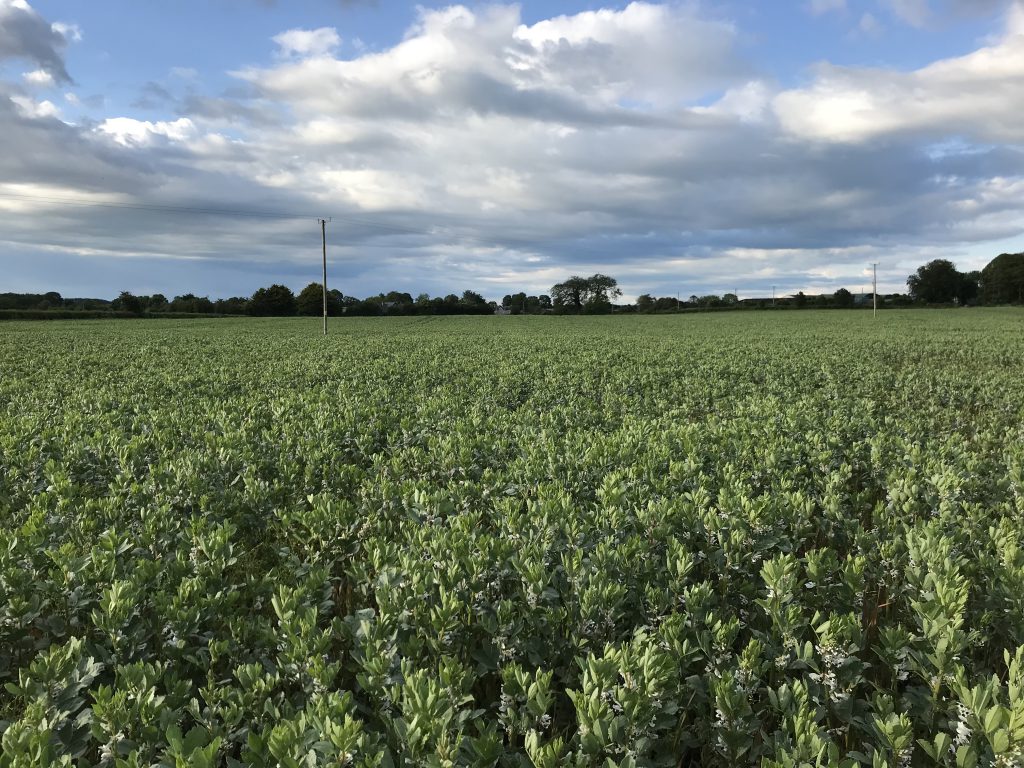 “You can see the environmental impact in terms of the soil fauna. You start to see things that you never saw in other systems,” Keith added.

Insecticides are almost never used on the farm, but have been used occasionally on peas and oilseed rape when there was a serious threat of loss to the crop.

“It’s all very simple. I haven’t used insecticide in cereals for about six years – mainly because I don’t like them.” 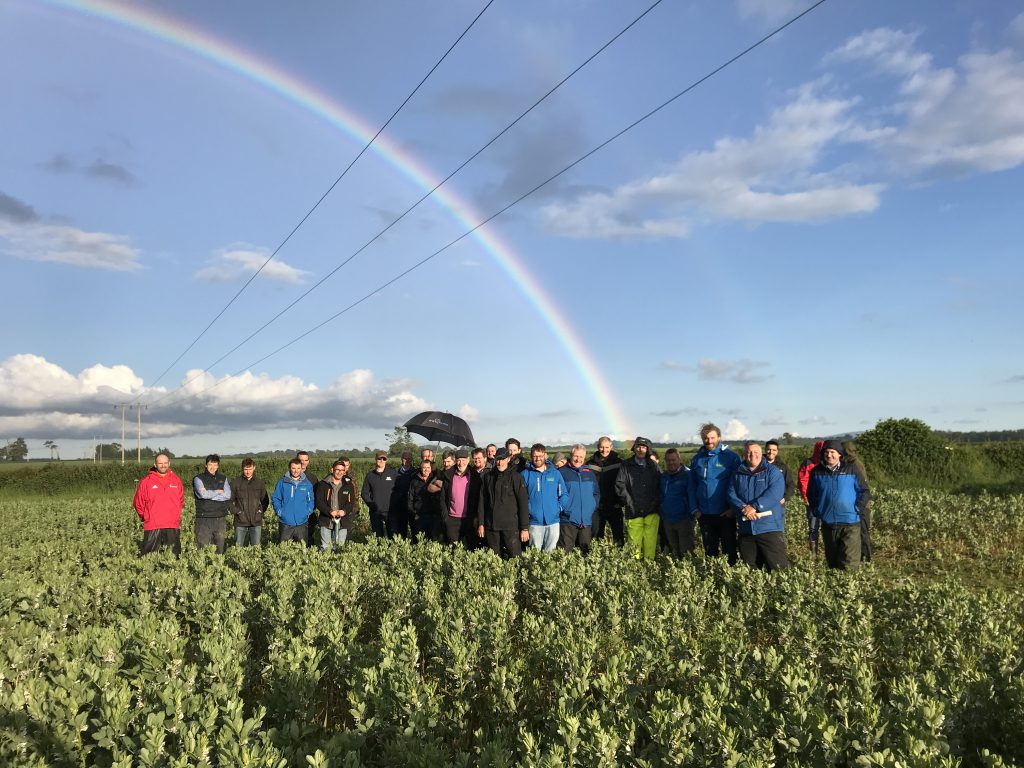 Keith explained that he thinks using insecticides is a bit of a lottery when it comes to effectiveness on barley yellow dwarf virus (BYDV) control and as he doesn’t like using them and posing a threat to other insects he only applies insecticides when there is a serious threat to the crop – in beans or oilseed rape for example.

The less chemistry I have to use the happier I am.

“I haven’t gone broke for not using them and there seems to be a lot more songbirds and insect life around the farm – at least five different types of bees,” he added. 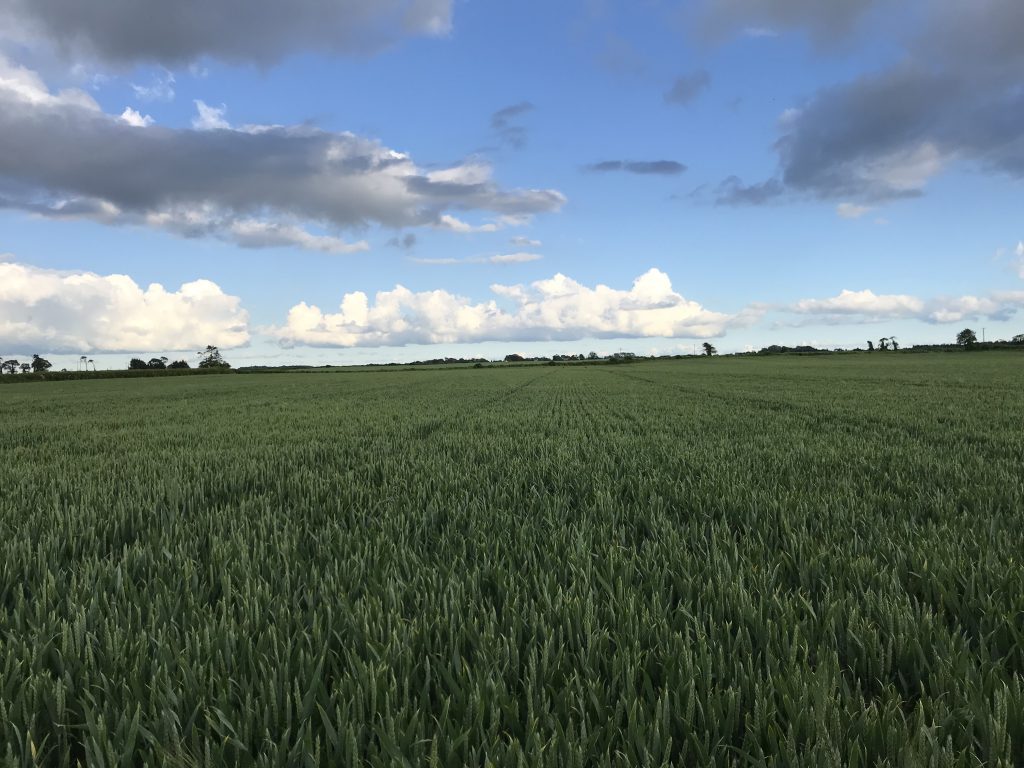 A crop of winter wheat direct-drilled on Swan’s farm

‘Impossible to no-till without cover crops’

In the fields this season Keith’s crops were looking well in the June sunshine. The first field AgriLand visited was a combi-crop of spring barley and peas. However, it hasn’t always been plain sailing.

Keith was struggling to grow good spring barley crops in a minimum-tillage system. He believes diverse covers are the key in solving this problem.

In the future Keith is planning on sowing cover crops ahead of winter crops as well as spring crops, especially seeing as he purchased a new direct drill.

“It keeps the soil alive and open. In my view it’s absolutely impossible to no-till without cover crops,” he added.

In the midst of the fodder crisis last season Keith allowed a sheep farmer to graze his cover crops and he covered the cost of the seed and sowing – which was carried out by broadcasting and rolling the seed. 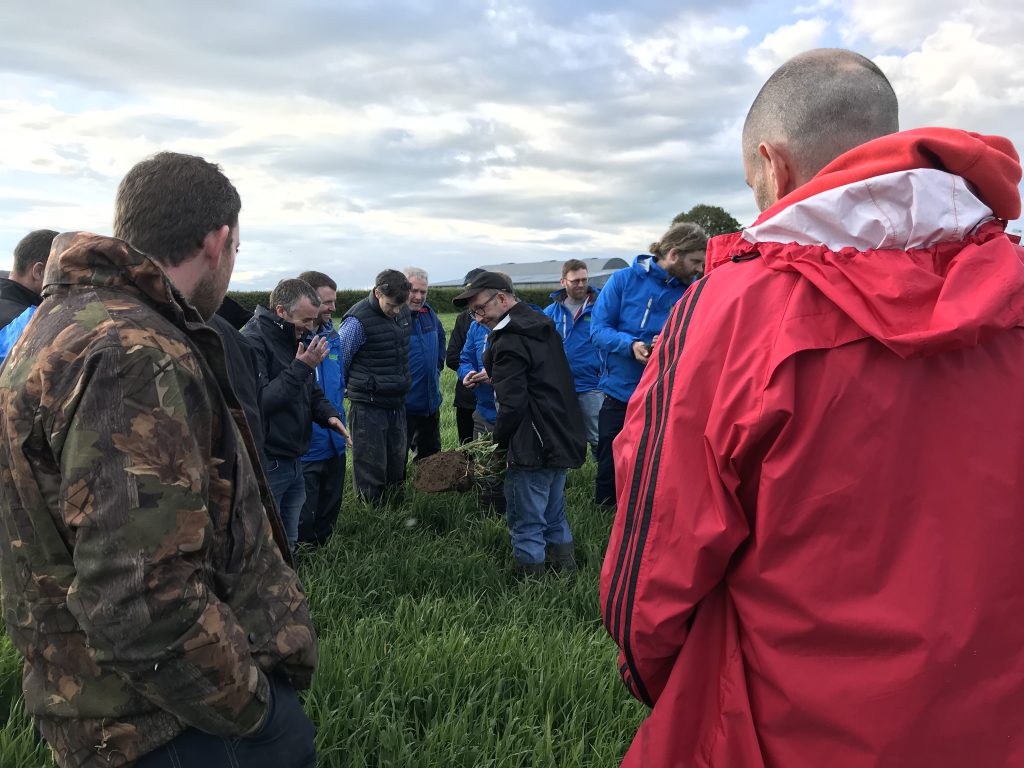 Examining the soil. Keith Swan digging down to see what’s underneath his spring barley crop

In an attempt to improve soil health and decrease his fertiliser bill Keith has been using organic manures including brown bin waste and chicken manure.

“I’m using a lot of organics – brown bin and chicken muck. I probably won’t be able to use chicken muck anymore because it will have to be ploughed or tilled in according to the new rules. 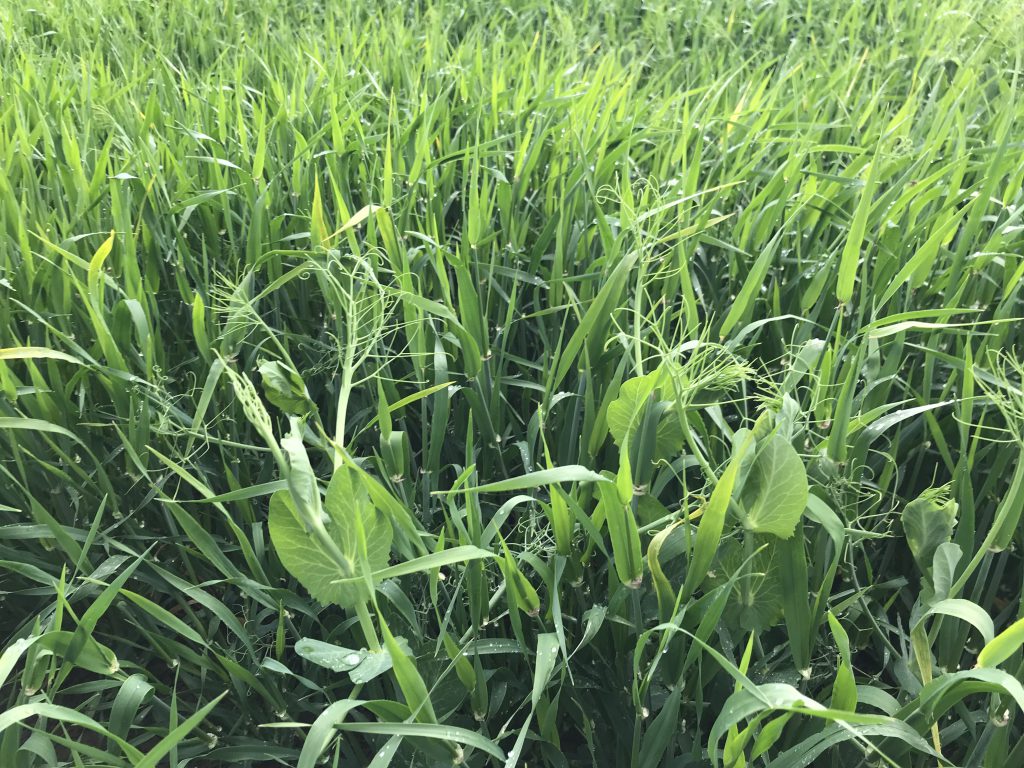