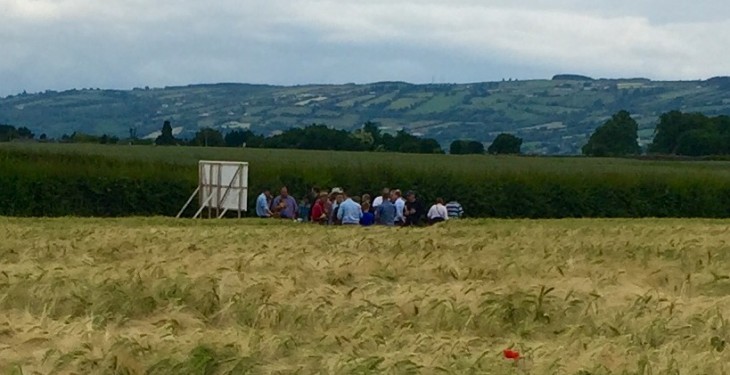 Irish farmers grow some of the highest crop yields in the world but, given our climate, significant inputs are required, according to Teagasc.

Tillage farmers attending the Teagasc crops and sprayers open day in Oak Park heard that this requires the tailoring of fertiliser inputs to soils and crop needs.

According to Teagasc each year Irish farmers invest €80m in crop protection products for weed, pest and disease control on their farms.

At the event Head of Crops Research in Teagasc, John Spink, said getting the best return on this investment is down to three things – timing, product choice and getting the application right.

“We are highlighting the importance of all three at today’s event. Our research continues to monitor the efficacy of available products, and identify the key timings for inputs.“

The environment exhibit covered three aspects – ‘Greening’ which was introduced as part of CAP reform, ‘GLAS’ which is the new agri environment scheme and ‘Biodiversity’ which is important for all farms, but especially for farmers in Ecological Focus Areas.

According to Teagasc, there is renewed interest in alternative crops to improve rotation on farms, particularly since the introduction of the ‘three crop rule’.

This year has seen the area of field beans and peas sown almost doubling.

Part of the research programme in Oak Park is focussed on alternative crops, so the latest research information and advice on beans, oats, oilseed rape and beet was also available .

There was also a major focus on farm safety at this year’s event given the number of farm fatalities on Irish farms last year.

The open day attracted visitors from all over Ireland with some also travelling from England to attend.