“I am a full-time farmer, farming since I left school in 1989. I attended Warrenstown Agricultural College for a year where I got my green cert. My father started farming in the Sixties and we worked together until his passing. I mainly work on my own now but get help at the busier times, when picking spuds and cutting corn. Sometimes my wife Ingrid and two girls Neala and Nisha help too. Also I am indebted to the mechanical expert who is my father-in-law, Nick.”

Selling
“We don’t have a farm shop but have always sold potatoes from my parent’s house in Gormanston. We sell direct to consumers as well as to local shops and a couple of wholesale fruit and veg merchants. Our produce gets to the shops pretty much instantly, as freshness, especially with early potatoes, is crucial. We sell our produce in Daybreak, Naul, Co. Dublin, Centra, Stamullen Co. Meath, Goughs, Garristown, Co. Dublin, as well as at my parents house, Gormanston (look out for the sign!)”

Challenges
“The rising costs especially diesel and fertilisers. It is also a challenge trying to get people to appreciate the value of good locally grown produce as opposed to mass produced supermarket fare. The best thing about farm life is working outdoors and the general cameraderie which still exists among the farming community. 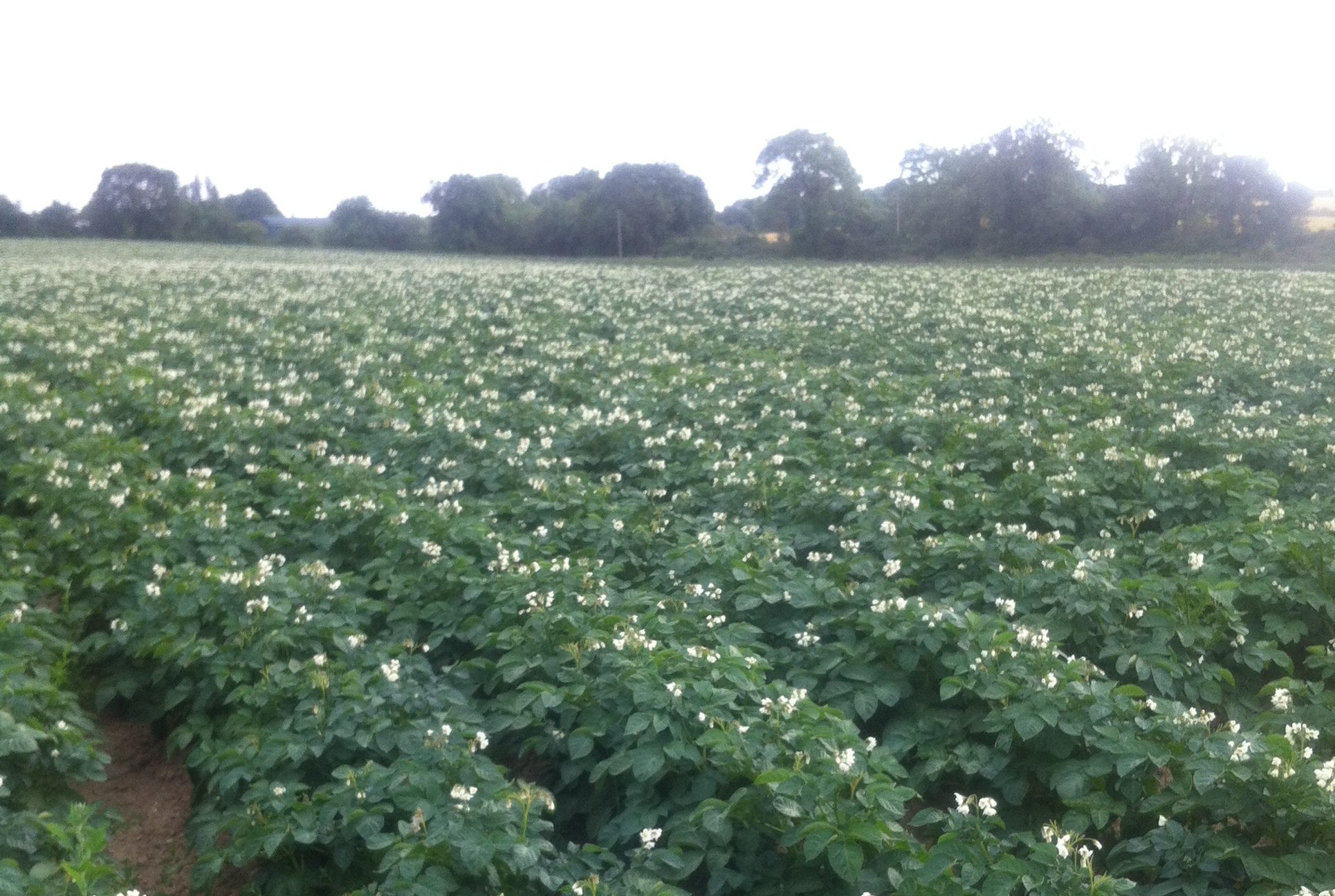 Pictured the Dunne potato field in Gormonston in Co Meath