Arthur O’Neill of O’Neill’s Tractors in Crossmaglen set up the business in 1985 and, while it has weathered a few storms in the intervening years, O’Neill says a no-deal Brexit and the uncertainty around it “is probably one of the worst storms we’ve had to bear”.

90% of his business comes from across the border in southern Ireland.

He is adamant that if a no-deal scenario happens on October 31 next, businesses like his own will become cut-off “because people won’t be able to come in and out freely”.

O’Neill was speaking to AgriLand during a visit by the publication to the border area of south Armagh in an effort to determine the impact a no-deal Brexit will have on the communities, business people and farmers living in the region.

For O’Neill one of the biggest difficulties he faces is border control checks and the subsequent effort to get machines that are destined for the south cleared.

A big problem for me at the moment is the clearance for machines.

He continued: “Where will it be? Is it going to happen? We just don’t know what will happen and nobody can give us an answer on that.”

He went on then to talk about the impact border checks had on his business during the troubles.

“Before when we had the border we used to have to spend the whole day going into Newry or Dundalk and wait to get clearance so that we could deliver to the customer,” added O’Neill.

“It doesn’t bear thinking about to go back to those days; in fact you couldn’t do it – how would you pay a truck-driver £17/hr or £20/hr so that he can sit in the lorry all day waiting for clearance; that can’t happen. 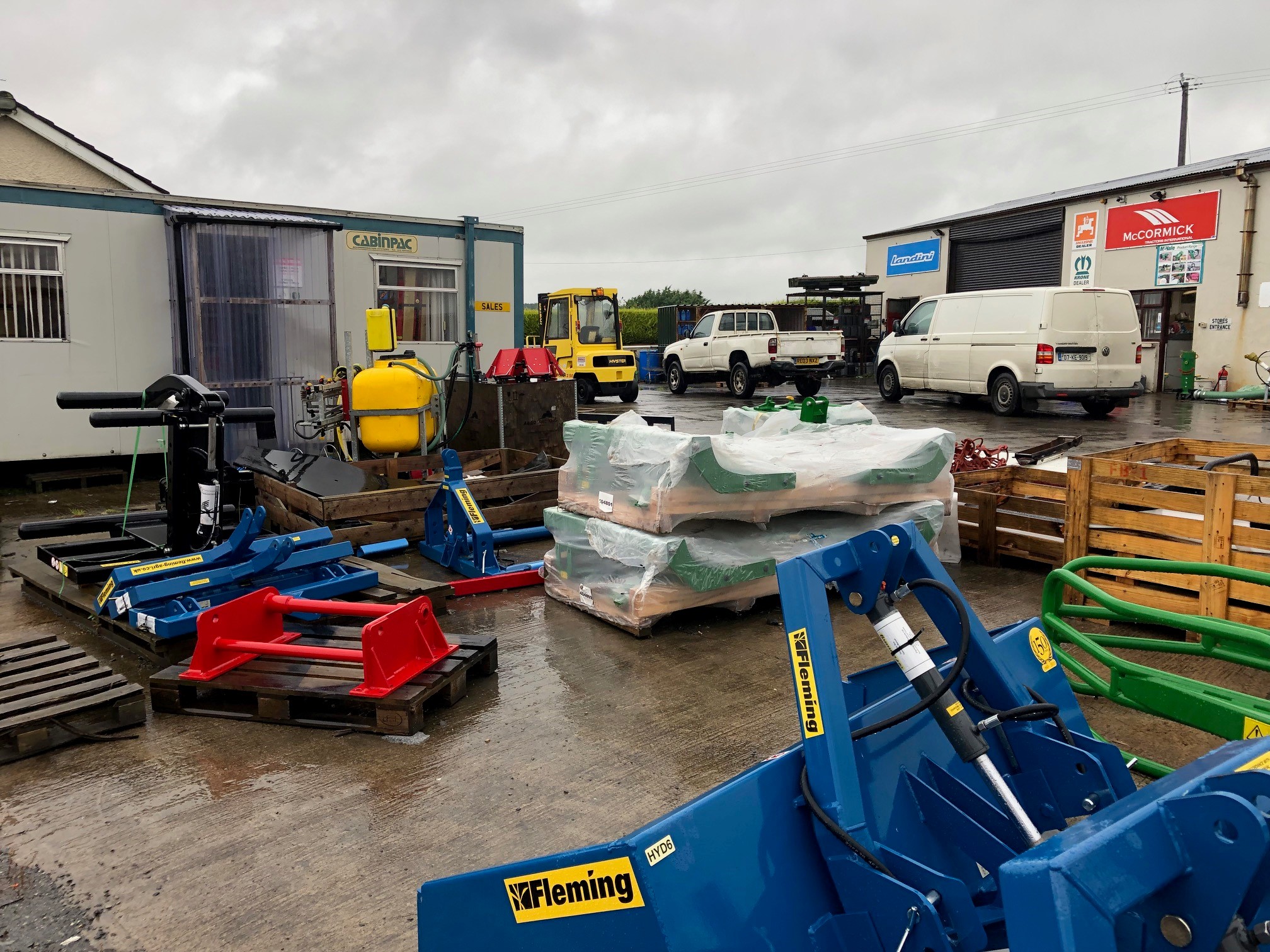 “It has all been so simple up to now; you sold a new machine, you cleared it, it went through finance, the man came in and collected in the yard and off he went – no problems whatsoever.

“If it comes back that we have to go through clearance checks along the border it will leave it that we wouldn’t be in business.

“Nobody knows what’s going on and now they are talking about electronic clearance – will that ever happen? I don’t know…”

The businessman went on then to point to potential tariffs on goods and the impact that too is going to have on his set-up.

“Even if you take the tariff side of things, for example, on our purchases from southern Ireland there will no longer be a zero rate on the goods; that means that I will have to look for more money from the purchaser to cover that,” he continued.

“We are also going to have tariffs on machines that we would be selling into southern Ireland.

“That will probably leave the machine too expensive to buy.”

Planning for the future?

Meanwhile, O’Neill had plans to carry out extensive renovations at his site, but because of the threat of a no-deal Brexit on the horizon, he has abandoned those plans for now.

“We had plans to extend here and put up a new workshop but that is on hold at the moment because we are not going to go ahead until we see what’s happening with Brexit,” he continued. 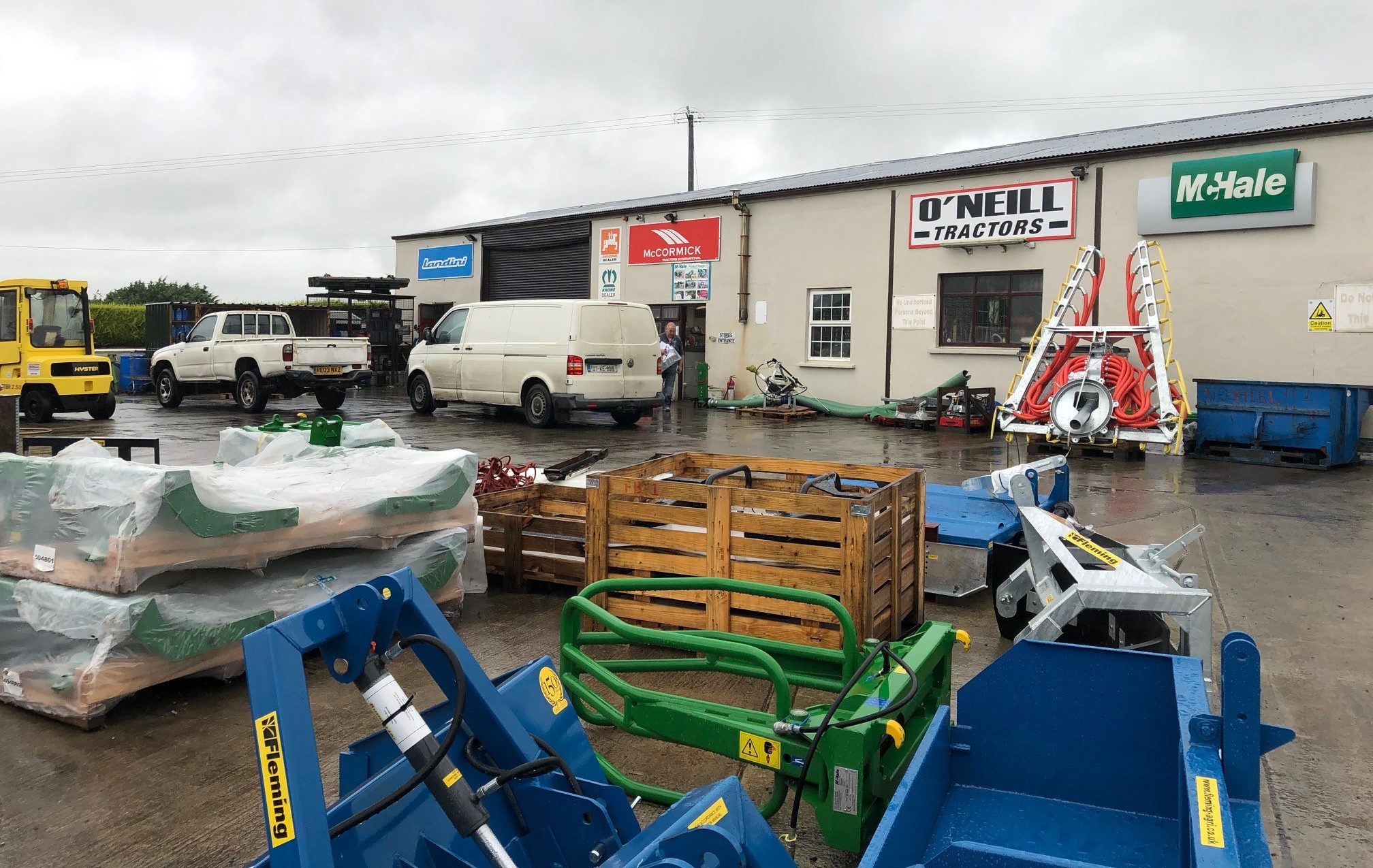 “To be honest, if Brexit does go ahead I’m going to have to think about moving my business to the south.

“We are ideally located here and I suppose we have a good customer base because of that.

Naturally enough since the peace process began in Northern Ireland we have a lot more customers coming to us from the south.

“They would include people that would never have ventured across the border were it not for the peace process.

“If that trouble started again I’d have no customers. That would be the end.”

O’Neill, meanwhile, received a letter recently from the UK government requesting him to apply for an EORI number – an EU registration and identification number that will allow him to continue importing or exporting goods in and out of the EU after Brexit.

If I don’t have that number I won’t be able to trade at all.

He concluded: “Brexit is one of the biggest problems that we have faced in a long time to be honest with you.

“We would like to be left as we are; this Brexit will set us back years and years – it’s difficult times.”