‘There is an increasing interest in protecting bloodlines and progressing breeds’ 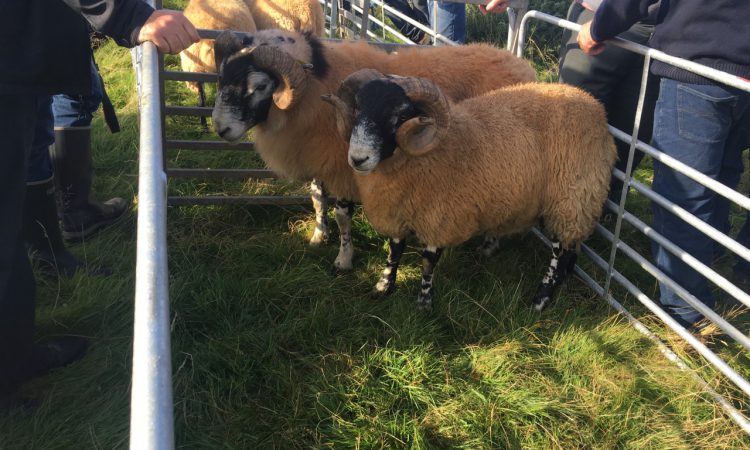 There is an increasing interest in protecting bloodlines and progressing breeds, according to Kevin McDermott of Sheep Ireland.

At Wednesday evening’s (February 17) Teagasc Hill Sheep Conference, Kevin stressed the importance of providing a foundation to protect and progress hill breeds and the sector as a whole by establishing flock books.

He mentioned the importance of the hill sector through the important role it plays in providing an income to farmers from marginal land, helping to maintain flora and fauna on the hills and providing valuable maternal genetics to the lowland sector.

At the moment, Kevin said there are only two current hill flock books and these have only recently been formed. In comparison to the lowland sector, “pretty much all the lowland breeds have a flock book which contain very useful ancestry information for each breed”.

How will a flock book be of benefit?

On the benefits of establishing a flock book, Kevin gave three key reasons.

Kevin said that we need to build up more data from hill breeds, as 19% (15,656) of rams of hill origin are producing 49% of the national ewe flock.

Adding to this point he said: “If we assume that your average hill ram will last four and a half breeding seasons, then that means we will need about 3,500 new hill stock rams every year.”

“That’s our long-term target. We want to be producing 3,500 hill rams from flock books in time because it’s going to have a massive impact on the national flock.”

Why should you start a flock book now?

Kevin said that now is a good time to start a flock book now as there are new and improved genomic services that have just been launched in the last couple of years and they are continuing to be improved on.

He said there have been a lot of advancements in technology and infrastructure in the last number of years and there is an increasing interest in protecting bloodlines and progressing individual breeds.

Genomics, which is a study of an animal’s DNA profile, might seem complicated but it is in fact a fairly straightforward process according to Kevin.

Talking about genomics and what services Sheep Ireland offer in this area, Kevin said: “By analysing the DNA of an animal we can tell a lot about it and do loads of stuff with that information.

The first thing we do when we get results back is check for parentage information. From a flock book point of view, parentage is the king; That’s what the entire flock book is built upon.

“So genomics can allow us to match sires and dams to their lambs who have also been genotyped. Hill flocks could use genomics to DNA verify the sires of all lambs brought to sale with 100% accuracy.

“Following that, the next result you can get back is scrapie. This may be of interest to some farmers. Even though the pool of animals is small, there is a significantly higher percentage of hill animals falling into the scrapie type 3 (1 = most resistant / 5 = least resistant to scrapie) compared to lowland animals.

Scrapie is a slow progressive terminal brain disease of adult sheep. It is an infectious disease and is thought to be spread mainly at lambing time.

“For farmers interested in breeding more for scrapie resistance, we need to be getting more hill animals genotyped.”

“The next piece of information you get from the genotype is around genomic inbreeding. Traditionally, hill flocks avoided inbreeding by purchasing from different breeders each year, hoping the genetics bought in from the flock last year isn’t in the flock bought from this year, but there isn’t really any guarantee that will be the case.

“Inbreeding is going to have a negative effect on the performance of animals in your flock, so from this year, all genotyped animals will be getting a genomic inbreeding result.

There is more work to do in this area but we hope to potentially be able to report the genetic relationship between two stock rams.

“So for example, if you have used a ram last year and your thinking about buying a new ram. The idea is you will be able to ask us if the new ram related to that old ram or not – which will hopefully give farmers a bit more assurance when buying a new ram.”

“The next element of genomic results is the animal breed profile. Breeders have told us that they are worried about the genetics or the bloodlines that they have are being diluted with other bloodlines.

“Breeders want to ringfence those genetics from that certain bloodline to ensure that they stay pure.

“So with genomics, in terms of the lowland breeds, where we have lots of animal information, we can tell with a pretty high degree of accuracy if we genotype an animal that its 100% Texel or that it’s 60% Suffolk for example. This something we could bring to hill breeders as well.”

“Genomic evaluations were launched in Ireland in 2020 and basically, they allow us to fast track how we identify the most important bloodlines in a flock.

“We do this by comparing the DNA of an animal against all the others in the database and produce a star rating [EBV] based on how all the relatives performed.” 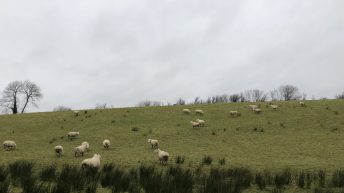