‘The vicar of Listowel’ offsets artistic success with farm roots 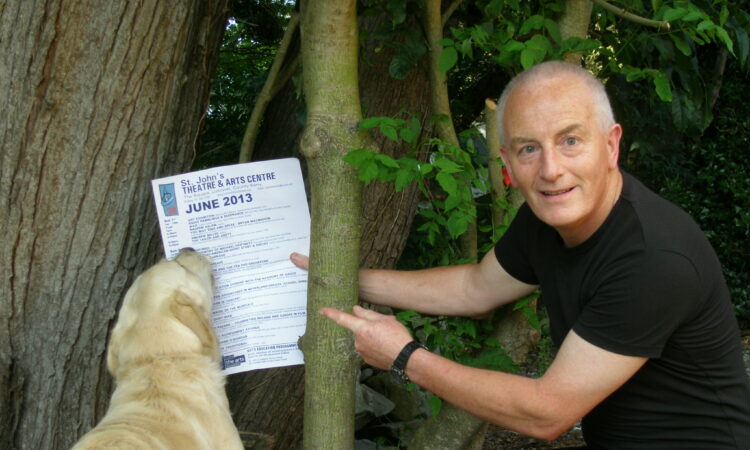 Joe Murphy is an unusual Kerry man in that he hasn’t an interest in sport.

But he is carrying on a proud Listowel association with theatre and the arts – while also running the family farm.

The artistic director of St. John’s Theatre and Arts Centre, Listowel, combines long days and nights at the arts centre, with farming at Inchmore on the banks of the River Gale.

“I grew up on a mixed farm, with cows, dry cattle and a bit of tillage. We farmed with 120ac and 50ac of bog. After studying Irish and history at UCD, and doing the higher diploma, I took over the family farm in the ’70s.

“I switched from dairying to dry stock, as the cows didn’t suit me or the farm which is long and narrow.

I had planned to combine farming with part-time teaching – so I used to buy light cattle, keep them for two years and sell them on. At my highest point, I was keeping around 100.

“I kept that up until 1988 when I got married, and I decided to take two years off teaching. I spent that time reclaiming the land,” he said.

His interest in the arts increased after he joined a local amateur drama group with which he acted and directed.

After a local committee got together to turn the local Church of Ireland into an arts centre, he offered to take over its running.

“As well as managing the centre and booking the shows, I do everything else from lighting and sound to taking bookings and sweeping the floor.

“I have two people on a community employment scheme who help with administration and a few part-time teachers who run an arts education programme here.

“They take a total of 250 students a week; classes cover drama, music, dance and film. As part of that we do an outreach programme to special needs schools locally on drama and music appreciation,” said Joe.

Around 200 events annually are held at the theatre – including children’s events; films; exhibitions; theatre; music and dance.

Amateur drama is also part of the mix; but it’s mainly professional shows.

While Listowel has a strong literary tradition, having been home to John B. Keane and Bryan MacMahon and hosting the renowned annual Writers’ Week, Joe said he still had to work to create audiences.

“It takes time and determination; but luckily I succeeded in growing audiences. As it took off, I got funding from the Arts Council of €93,000 a year; and €7,000 a year from Kerry County Council.

“The trick is to generate another €100,000 to run the place. I do that by door sales and catering, being there myself, and by minding regular customers with good deals. I also put on two in-house plays with local actors every year to help balance the books.

There is great appreciation for the centre locally.

“If you go down the street, you will find people raving about St John’s; but everyone has their own interests.

The long hours required in his job resulted in Joe needing to streamline his farming operation.

“I do an hour of farming before I go in in the mornings. I’m pretty well set up. I have a slatted house and good machinery.

“The land is well-fenced and I have a good watering system. I switched from pit silage to round bales – which I draw in myself,” he said.

As the fourth generation in his family to farm, Joe relishes the chance to close the theatre door and get out on the land.

“The theatre work is very hands-on, with fierce time involved. I find the farming a fantastic switch-off. It’s as good as being in Spain for a week.

The greatest qualification I have for St John’s is being a farmer. Farmers can turn their hands to anything; they’re not a bit precious.

“A lot of people from purely arts backgrounds wouldn’t have that mix of skills. You wouldn’t catch them sweeping up outside with a yard brush,” he said. 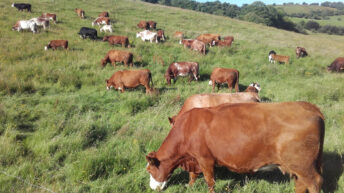