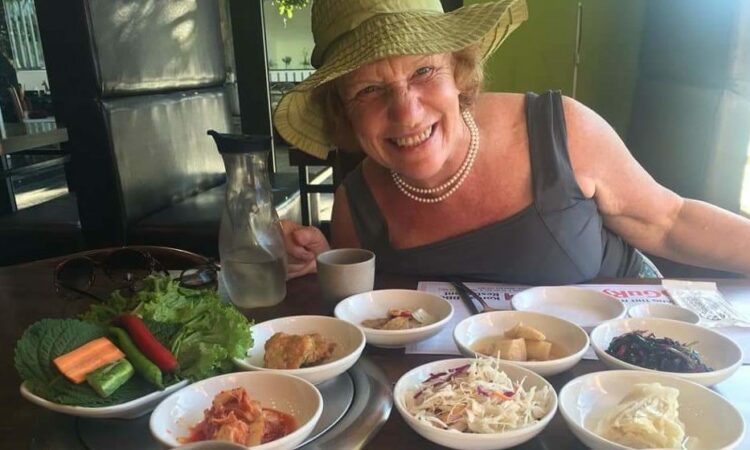 When retired Wexford farmer, Ann Stenning, returned from a sojourn in Vietnam, she faced a clean-up operation in the wake of the damage caused by the ‘Beast from the East’, on the land she now rents out.

Sheds had collapsed due to the heavy snow and four cattle had died.

“A big clean-up was needed. Also three big trees fell during the storm so they needed cutting. It was a case of back to work and back to reality.

“Even though I rent out the farm, I still have responsibilities. I am also back nursing as I will receive no pension for my years’ farming,” she said.

Ann has been farming since she was “knee high to a grasshopper”. As a very young child, she remembers staying up with her grandmother at night when the pig had piglets.

Between standing in the door of the cow house and putting the hens and turkeys in, she said there was always jobs to be done.

I went to England and studied nursing and midwifery. During that time I promised myself I would never marry a farmer.

However, she went on to do just that on her return home after a few years at a midwifery post in Wexford General Hospital.

“Farming is a family business and after 15 years of marriage and two children, I separated from my husband. He was eligible for the European farmer’s pension and it was agreed that I would farm and modernise it,” she said.

She recalls that as a tough time with a lot of difficult decisions to be made.

“Only for the help and belief of my brother, John, a Teagasc advisor in the west, that I was capable, I don’t think I would have ever succeeded,” she said.

“I built a slatted unit, one of the first in the area at the time. I increased the cow herd to 50 and my milk was top grade.

I went to marts to sell calves and cattle; I also purchased a Ford tractor and learned to drive it so I could feed the cattle and top and fertilise grass.

Ann farmed 100ac, mainly dairy, but she also had a small flock of sheep.

Employing a farm manager allowed her to job-share as a nurse which helped to keep the farm afloat.

My female colleagues thought I was mad. This was seemingly unheard of. I worked extremely hard. I tried hard to expand; but with the milk quota at the time I couldn’t.

The lack of a forum for female farmers also hampered her efforts.

“I wished to have a voice to be able to express myself from my perspective; but that seemed impossible. I contacted many organisations – but there was no support for my situation,” she said.

Then rural development initiatives started to realise the isolation of farming women and a meeting was organised for women to attend. .

“From that we set up Women Who Farm in Wexford. Dr. Pat Bogue carried out a study on farming women and I spoke at that study for the first time. From there we met Kerry women who farmed and the idea of linking farm women nationally started to grow,” she said.

Having retired from farming, Ann has time to mix with other farming women across the country and now chairs the South East Women in Farming group.

“I help in bringing farm women together so we can learn from each other. We are connecting and now organising educational training sessions in the south-east.

We have information evenings which are very well attended. My aim is to inspire women and give them a voice.

“Food, farming and health are so connected and that is what I am extremely interested in. I feel farming women can play a big role in those areas,” she said.

“Over a year ago I went to Kerala, India, to a farm with my colleague as her family had a farm there. An acre of land cost €40,000.

“Every inch was farmed and they were self-sufficient. They even found use for methane gas. There was no shortage of labour there. The people were so proud of what they produced – from spices to herbs to rice and tapioca.

“So when another colleague said she was going to visit her daughter in Vietnam, I did not hesitate to say ‘yes’ to the suggestion of accompanying her.

“I had spent a month in India; so I felt I needed longer in Vietnam, as I was aware there was so much to learn. We flew to Hong Kong and spent three days there. It is a highly built-up area, skyscraper after skyscraper. The island was really lovely; but not for a country girl like me,” she said.

After a week in Cambodia; Ann began to adapt to eastern life.

She visited the historic Cambodian Killing Fields – where collectively more than a million people were killed and buried by the Khmer Rouge regime, during its rule of the country from 1975-1979.

She said the history of the country left a chilling impact on her.

“There were food and good markets everywhere. The people are lovely. Buddhism is their main religion and they believe in fair exchange,” said the retired farmer.

“We had four weeks in Vietnam during which we travelled from north to south. The history there also left a lasting impact. After the war in 1973 they had the Cold War. This meant no imports were allowed in or exports out. The ability of those people to work and to market their products amazed me. 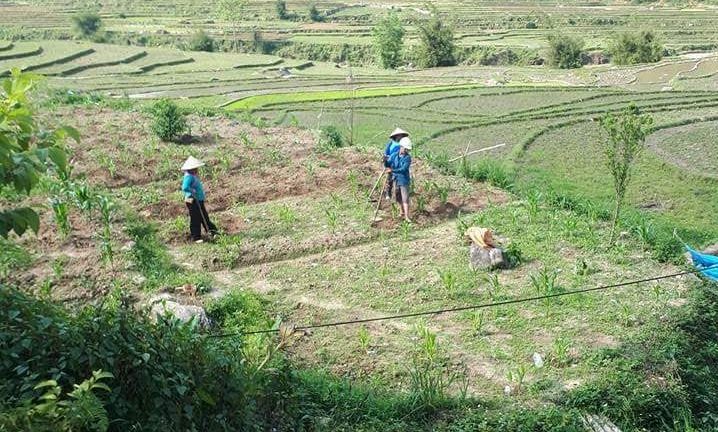 “The flavours and the quality of the food was extraordinary – not what I expected at all. I found the food markets so impressive.

“The food was fresh; you could even buy live chickens. The fish were swimming live around in water. There was also an abundance of herbs and spices,” said Ann.

What impressed her the most was that obesity did not seem to be a problem. Sweets and sugar are used infrequently in local diets. While, greens are served for breakfast and dinner.

“Breakfast was like a dinner; clear broth was served at all meals. There was no waste when it came to food, a much different story to home. However, plastic waste is built-up and disposal is a problem,” she said.

The town of Sa Pa, in north-west Vietnam, was the place she enjoyed most.

“We trekked up the mountains and also watched the planting of rice. There were no tractors there to cultivate the land.

“Much work was done by hand and it involved all the family. The scenery was stunning. The people were so friendly and everyone was in the markets at night; even the children were selling,” she said.

On reflection, Ann says the trip gave her a unique understanding of how small her home country is in comparison.

“We only met five Irish people over there; but the Irish population is increasing – especially in Ho Chi Minh. The people were really interested in getting to know us and loved our interest in their food and cooking. Only the wealthy could only McDonalds,” she said.

Ann believes there is great potential for the integration of more Irish food in the country.

I believe we need to integrate more and introduce our food products. The only Irish commodity I saw was Hennessy brandy and I could not afford that.

“Tetley tea was the only tea they had for Europeans. Hemp is something we could learn more about. They would love more Irish products. The population of Ho Chi Minh is 12 million – that is just one city,” she said.

Although Ann has retired from farming, she retains a love of it.

“I will be forever farming one way or another, as they say it’s in my blood. I have a few hens and now I am thinking of studying bees and honey,” she said.

Snails are also in the back of her mind for some stage in the future.

“I have three grandchildren who might be interested, one never knows. But, I have got to say some of the rules and regulations are absolutely crippling here.

“The amount of paper work, for example is very challenging. Who knows maybe that will change,” she said.

Having enormously enjoyed her Vietnam trip, Cuba and South America are now on Ann’s wish list. 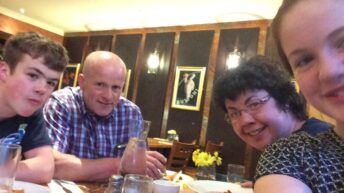