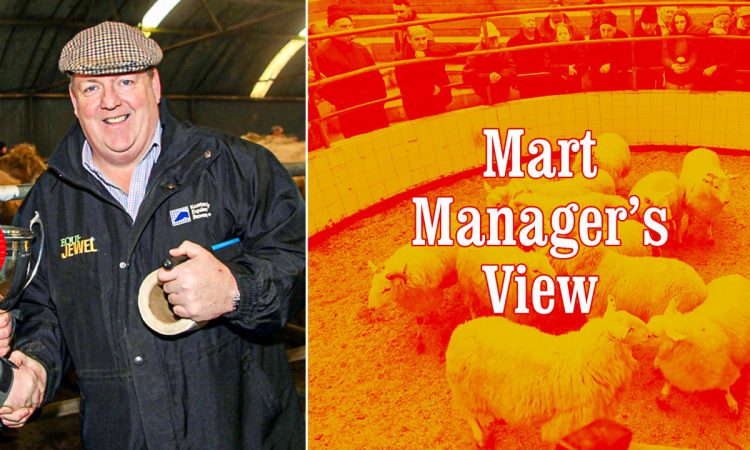 “It has been a great back end for the sheep trade; you could say it has been unbelievable.” That’s the view of Tom Coleman, the manager of Baltinglass Mart.

AgriLand spoke to Tom about last Saturday’s sheep sale at the Wicklow-based mart, to get his thoughts on it and for his views on the trade over the last number of weeks.

He explained: “It was a very good sale on Saturday last [November 28]. There were store lambs making well over €3.00/kg.

“The trade for the stores was unbelievable. Considering the time of the year, it was a very brisk trade. It wasn’t as big a sale as the previous few weeks, but everything sold well.

“There were no butcher lambs on offer on Saturday; it was mainly factory and store lambs that were on offer, as well some cull ewes.

There were some really good ewes on offer on Saturday that made good prices. I would say that the trade has been unbelievable; it has been a great back end, especially for store lambs.

“I saw one pen of store lambs on Saturday making €3.47/kg. The trade over the past year has been really good. Like when would you see store lambs dearer in September and October than they were in July?

“It’s been a great year for sheep. Prices have rarely dipped these past 12 months. We have had some great sales here at Baltinglass and we have a special sale coming up this weekend that we are looking forward to.

“I’ve seen more beef farmers buying lambs this year than I ever have before. Hopefully, the farmers buying stores now get a good twist out of these lambs when they are ready for the factory going into 2021 because with Brexit it’s hard to know what will happen and what way the prices for sheep will be then.”

‘It’s great to have people coming back ringside’

On the easing of Covid-19 restrictions which will see buyers return ringside this week, Tom said that it is great to see.

He further explained: “It will be great to have people coming through the doors of the mart once again and taking up a spot around the ring.

In saying that, the online trading has gone extremely well for us for the last few weeks during lockdown. The trade has been very good on the sheep side of things especially.

“To be honest, I think the online system has helped in attracting more customers. It is definitely [online trading] here to stay, as well as having buyers ringside again.” 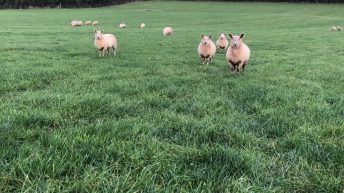