The results are in on the Teagasc 2019 Fodder Survey

Teagasc has released the results of its 2019 Fodder Survey, and the figures show an “overall improvement in fodder position”, according to the organisation.

After the survey of 364 Teagasc clients, 73% of farmers have enough feed to meet the requirements of their livestock until the planned end of the winter housing period.

According to Teagasc, a deficit of 10% is equal to a shortfall of two weeks feeding over a five-month period.

The survey goes on to show that, on average, there was a fodder requirement of 51t dry matter (DM) on farms –  less than the average supply of 69t DM.

According to Brian Garry, Teagasc ruminant nutrition specialist, average farmers “have reported having enough fodder on hand; one-in-four farmers reported a fodder deficit, with over half of these reporting a deficit of greater than 10%”.

“The effects of last summer’s drought could still be felt this spring. This situation could be exacerbated if we get a late spring, resulting in a later turnout than planned on the farms completing this survey,” Garry also warned.

Teagasc says that planned turn out dates to grass varied – depending on enterprise and location – and added that if the weather is not suitable for grazing or grass growth, availability issues could be the result.

Teagasc also highlighted the key management practices farmers could observe to ensure this doesn’t happen, including: returning stock to grazing as soon as possible; selling animals as they become fit for sale; avoiding panic buying; and ensuring finance is available to purchase additional feed.

Concluding, Garry said: “Overall, there has been an improvement in the national fodder situation; however, caution should still be taken.

“Most importantly, farmers should take care to ensure the health and safety of themselves, family members and employees,” he said. 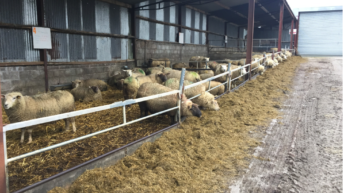