The nominations are in: Here’s who’s running in the IFA Elections 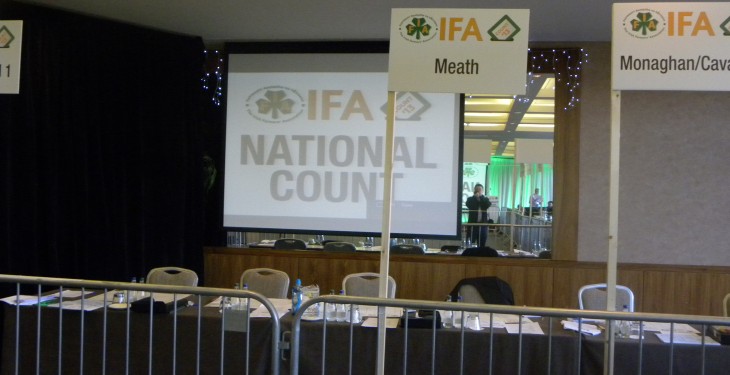 With the candidates for the IFA Presidential election already known, the deadline for nominations for Deputy President and Regional Chairs has now passed.

This evening saw the IFA confirm nominations for the Deputy President and Regional Chair roles, however as yet candidates are confirmed in only three out of the four regions.

The IFA National Returning Officer Jer Bergin has confirmed that three nominations for the position of Deputy President of the association have been received by this evening’s deadline.

Pat Farrell (Kildare), Richard Kennedy (Limerick) and Nigel Renaghan (Monaghan) will contest the election to be held in April.

Each of the candidates has the required level of support, which is the nomination of their own County Executive and the endorsement of five other County Chairmen.

The three candidates for Deputy President will participate in the IFA Election debates that will begin in Tipperary North next Monday, February 8 in Roscrea.

Three out of the four regions have now confirmed candidates for the regional chairmen positions, however the IFA is yet to confirm candidates for Connacht.

This is due to the ongoing disagreement in the region over the selection of candidates.

Tonight (February 3) the IFA Rules Committee it to meet to consider the situation for the Connacht Regional Chairman position.

Meanwhile, two candidates have been nominated to contest the position of Munster Regional Chairman.

John Coughlan from North Cork has been nominated by his own County Executive and the West Cork and Tipperary North Chairmen.

John O’Brien from Cork Central has been nominated by his own County Executive and the Waterford and Tipperary South Chairmen.

Outgoing Ulster/North Leinster Regional Chairman Bert Stewart is the only candidate in that region. He has been nominated by Monaghan, Longford and Meath.

Outgoing South Leinster Chairman James Murphy is the only candidate in that region. He has been nominated by Kilkenny, Offaly and Wexford.