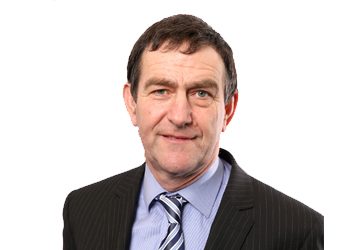 Pat Farrell is a suckler and beef farmer from Co. Kildare and is a former Chairman of the IFA Environmental Committee.

Farrell was backed by his home county to run for the role of Deputy President of the Association. He farms with his brother, Tom, near Athy.

Farrell is the current Co. Chairman of Kildare and prior to that served as Environmental Chairman within IFA.

According to Farrell he would be a “reforming Deputy President” who will be “finishing the job I started”. He said that he was one of four members of the IFA Executive Council who put forward a motion of no confidence in Pat Smith in January 2014.

“I felt at the time that change was needed. For far too long the grassroots members have not been listened to and it has been a top-down organisation.

Farrell is also known within IFA circles as one of the four men who 12 months ago, in January 2015, called for a motion of no confidence in the then General Secretary Pat Smith.

The motion was defeated at the time but, according to Farrell, he was aware that things were not running as they should in IFA and it was his attempt to do something about that.

“Change was required and the organisation was going in the wrong direction.”

During his tenure as Environmental Chairman he oversaw new regulations around septic tanks which, he said, affected rural dwellers right across the country.

He also said that during this time, there was a continuation of the derogation in the Nitrates Directive, increasing nitrogen allowances for winter wheat and spring barley, and increased phosphorus for grassland and the extension of the phosphorus provisions for pig and poultry farmers and secured a €2m reduction in nitrates penalties.

“On soil, we rejected EU proposals to introduce a soil framework directive and then in Rural Affairs I launched the first IFA policy paper which delivered tougher laws on criminals for breaking into family homes, grant support for septic tank repairs and track and trace legislation to deter metal theft.”