As part of Agriland’s extensive coverage of the elections, we visited each presidential candidate on their farm.

The 53 year old is the IFA Rural Development Chairman and has 100 (60 adjusted) acres at his home farm and rents a further 85 acres in Cork. He also bought his mother’s home farm, a large commonage in the Gap of Dunloe.

Located between Kilgarvan and Kenmore, McCarthy took over the family farm from his father, and late mother, in 1983 when he was 21.

“You go along this road here and nearly every man has land rented in Cork or Limerick. It’s the tradition. We don’t have enough land in the valley and all that’s here is being farmed intensively.

The 85 acres rented outside Cork City in Cork is on long-term lease and is rented through the Early Retirement scheme.

“That farm gave me stability in my enterprise. It was the first good break I got. I rented a lot of land here locally, but land on short-term basis has an uncertainty.

The McCarthy’s were one of the first to breed Charolais cattle in the late 60s and he has just short of 60 Charolais cows. He also has over 500 sheep.

“Every animal in my yard is white. I’d always want quality cattle. It’s quite obvious when you see the cattle, they’re a unique herd.

“There was years I’d be getting €2,000 for bulls. The young fellow may take it in a different direction, we haven’t gone into AI, but I’m not here enough for that.”

Flor initially got involved in the local branch, through Michael Murphy the former National Pigs Chairman and Dan Lynch, who were instrumental in getting him more involved in IFA.

“I travelled to meetings with them for years afterwards. They still go to local meetings and in their 70s, but there is a strong tradition of IFA in this area and the Kilgarvan branch would probably one of the strongest branches in Kerry.”

“In 1997, I was elected onto the Livestock Committee and getting onto that committee took time and effort.

“I’m well used to being peripheral in Kerry.”

McCarthy was IFA Kerry, County Chairman from 2000-2004 and is the current Rural Development Chairman.

“Be it milk, sheep, beef, pigs and poultry. Pigs are an example of a peripheral product – they are selling at 130c/kg at the moment, they were selling at 180c/kg last year and they need 160c/kg for a margin.

They face the same as the milk at 25c/L, the dairy guys needs 30c/L to breakeven. I am uniquely positioned on dairy side as Chairman of the Kerry Executive we’d have 15% of the dairy farmers nationally and I’d have represented them from 2000 to 2004 as County Chairman.

“Living off a Single Farm Payment is not sustainable. We need to focus back on farmers. I am a farmer and my main concern is what I can get for my produce outside my farm gate, be it the co-op or PLc or the meat factory.

“Farmers need a margin over the cost of production – this needs to be our new focus as an organisation. We need to focus on what the Plc or factory can pay us. We do not know what margins they make. We must focus on what the processors can pay us for our product.

“As a farmer I can only do what I am doing, I can’t plough it or go into dairying. We are farming to the best of our ability and the majority of farmers come in through inheritance. 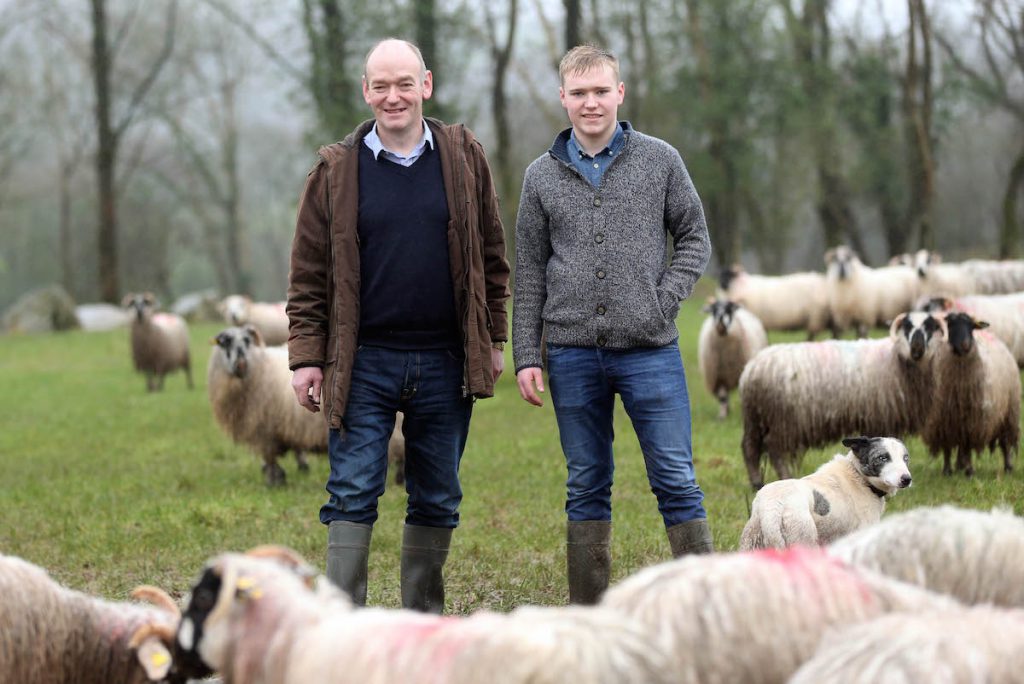 “Yes, of course. There had to be change and I see this as an opportunity to changes things.

Why didn’t you do something…

“I was the only National Chairman who abstained in both votes. The reason I didn’t vote for it was we didn’t have enough information, but there were issues that were never discussed. We never had a full discussion on the role of the General Secretary and what he was doing was wrong and that can’t happen again. 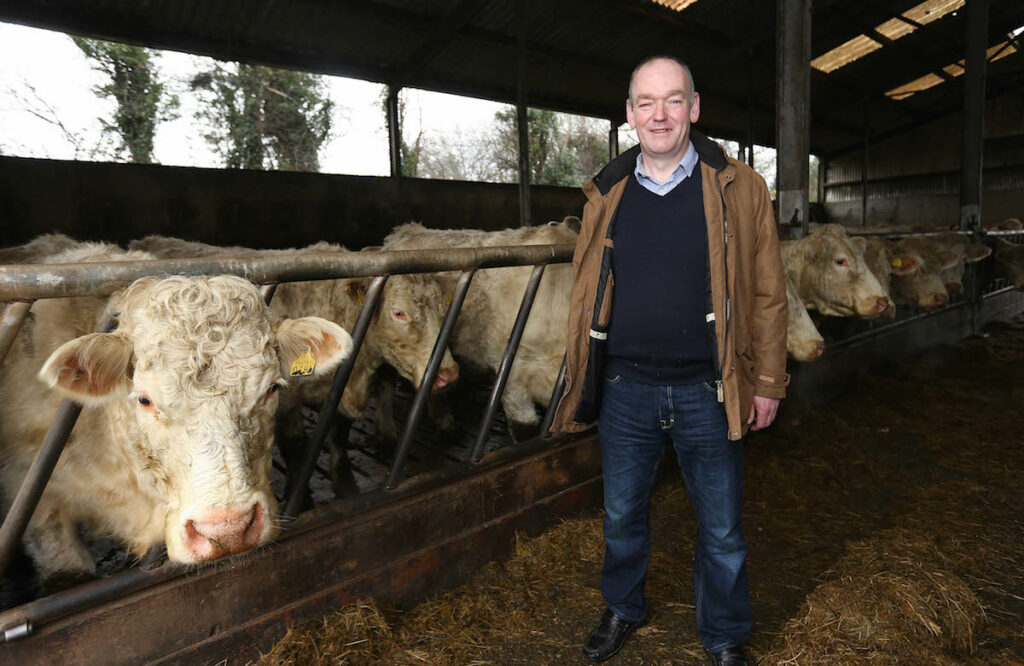 What about the image of IFA?

“The attendance at meetings that I’ve been at have increased, whether it’s curiosity. But people want an organisation and I would not let it split.

“People are upset and disillusioned but I feel we have not had enough regional and branch meetings. People feel they have lost out on schemes because things have not been explained to them.

“The biggest shock was that there was a fifth payment (of the President). I realised the President had to be on some remuneration. We all should be farming at a serious level and I have family and bank commitments.

“I could not afford to leave my farm without it being looked after and there will be a certain loss from not having the decision-making man on site at all stages.

“We should not take if for granted that if three people apply for the role of General Secretary, that one will be suitable. There must be a broader board to select the new candidate and we must be sure the candidate is suitable.

“We can’t go to person B, if B is not good enough. Maybe we’ll have to headhunt.

“Remuneration is a peripheral issue, I am not qualified to decide the wages of the General Secretary.

“I am a farmer and know about product price, if we want the expertise to realise what wages people should be on, but the President and General Secretary should be set by a four-man council and two outside advisors.

“The wages must be transparent as its the members’ money. This has to occur now.

“I am amazed that one man could cause such upheaval in the organisation. I knew when the story broke that it was a problem, but I didn’t think it would run on to now and until April when there will be a new President and perhaps beyond it. 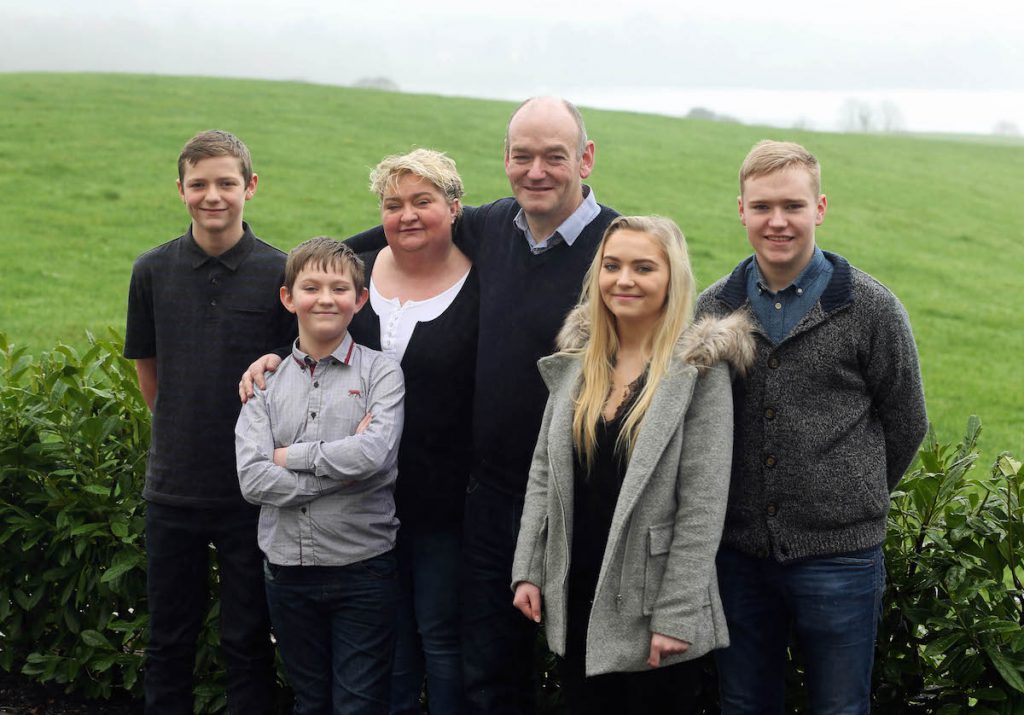 Flor McCarthy at his home in Kenmare, with John and Gerard, his wife Mary, daughter Philomena, and son Flor Jnr. Pic : Lorraine O’Sullivan

“I can see the advantages of having good land, but also being limited by what I can do on my land.

“I can understand why breakaway groups have gone. We have not gone the mile to meet them. When groups have an issue they have not been met, even if they are small groups. You must listen to their concerns. There will always be people who feel marginalised but it’s often because of lack of information.

“We had a new system of Single Farm Payment in 2015 and people don’t know how it happened. And people need to see what happened and if anything is amiss.

“Inspectors should be our friend. They should be documenting what is wrong and giving us an opportunity to rectify it. If they penalise the person the opportunity to correct it is taken from him.

“A lot of things are wrong on farms because of lack of income. I welcome the health and safety initiatives by the Minister but we need people to advise farmers what they need to be doing, encouraging them not penalising them. Farms can be made safer but penalties is not he way to get safer work environments.

“We have an Irish commissioner and we should use that to our advantage. He is making a lot of nice statements but we have to see the delivery.

“We could have put more pressure on the Minister. The whole system is moving too slowly and the Department needs more staff. A lot of farmers with more complicated cases were kept back for payment.

“I proposed Con Lucey to do the report and at the time I felt he was the man for the job. He did his review in a very short period and there is more to add to it. It has to go further.

“Council must come forward with recommendations as well, review it in six months and they have yearly reviews. There must be targets and they must be reviewed to see if they are being met.

“This is an opportunity for the new President. They will have more control than any other President in a long time. We the members will be running the organisation. It’s the farmers organisation.

Why vote for Flor McCarthy?

“I want farmers to get a fair price for what we are selling.

“The inspection regime has to become more farmer friendly.

“Members are dependant on committees and they have to have more power to lobby directly with Government, but the Chairman should be more involved in the lobbying than they are at the moment.

“When I ran for Rural Development Chairman in 2012, I was late saying I would run as I know the work involved and had to be 100% behind it. You can’t do it half.

“The same if I am IFA president, it will be seven days a week, day and night.

“I drive 3h 20 mins often twice a week to Dublin, I leave here at 6am. But I am driven and know what’s entailed.

“I am two decades involved in IFA with a long track record. At 53 I’m still young and I have a lifetime involvement at local level.” 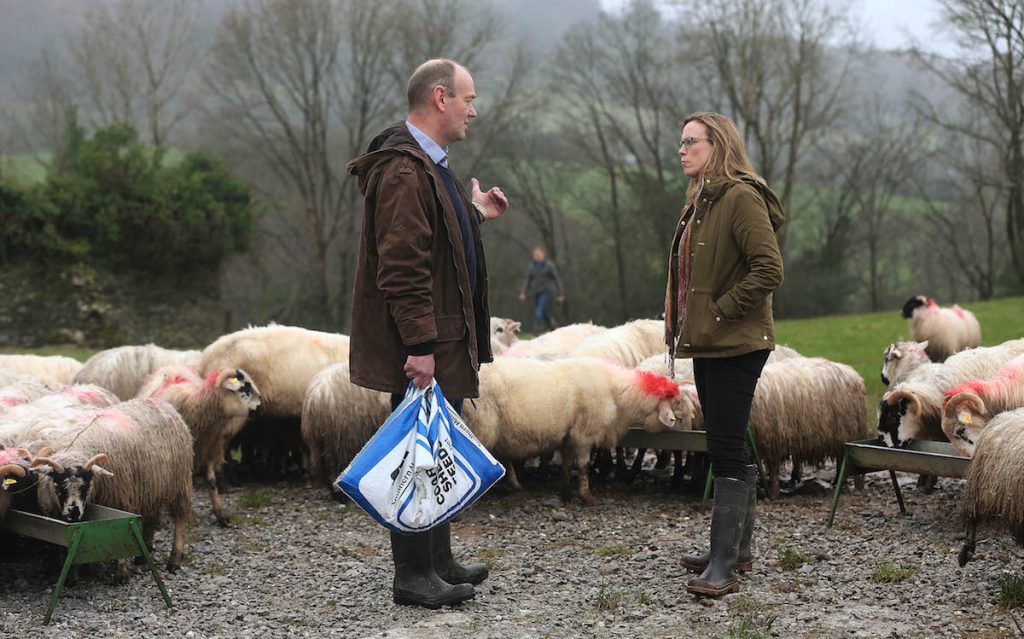