As part of Agriland’s extensive coverage of the elections, we visited each presidential candidate on their farm. Here we meet Galway man Joe Healy.

Healy is a dairy farmer outside Athenry, Galway. He is married with three young children and milks 85-90 cows.

Located just outside Athenry, Joe Healy is milking 85-90 cows. The Healys have been in dairying all their lives, but pedigree sheep was the main enterprise until more recently.

After a year in New Zealand Joe’s father was still milking on the farm, so Joe set up a suckler farm on his own and helped with the dairy farm. When his father died in 2005, Joe has ran the farm as a one-man unit, he got rid of the sheep and the suckler cows and built up the dairy cow numbers.

“I was caught with quota so it was whatever I could afford to buy.”

Today, the farm is 100 acres he inherited and he bought a further 50 acres that he had been renting for the previous 15 years.

“The number of dairy farmers around Athenry has dwindled in recent years, but in the essence I am reasonably typical of the average farmer around here.”

“You met them before at a competition and the talk was about the competition but during the campaign you talked about the issues and the future of the organisation and this is the same.

“Since the early 1990s I have been involved in farming politics, former President of Macra na Feirme, former Vice President of the European Young Farmers Association and a member of the milk quota appeals board and the Farm Apprenticeship Board.

“I am the former honorary president of IASTA (Association of Agricultural Science Teachers) and I am on the IFA Farm Business Committee.”

Healy has written for the Farming Independent for the past 12 years and says he has been highlighting farming issues for the last 12 years there, including the issues with the factories.

Headlines from Joe in the past include ‘Factories accused of moving to a two-tier grid; Factories keep kill high and prices static; How serious are the processors about Beef Forum commitments?

“It was very important to highlight this as I was talking to farmers every day of the week and you’d be getting the stories from them, so what I was writing there was reflective of the feeling on the ground. I was hoping the farm organisations would take it on board and better the situation. But now I am trying to get myself into a position that I am very aware of the issues and can improve them.

Healy is also a Director on the board of Farmer Business Developments, for which he received €3,595 after tax last year. 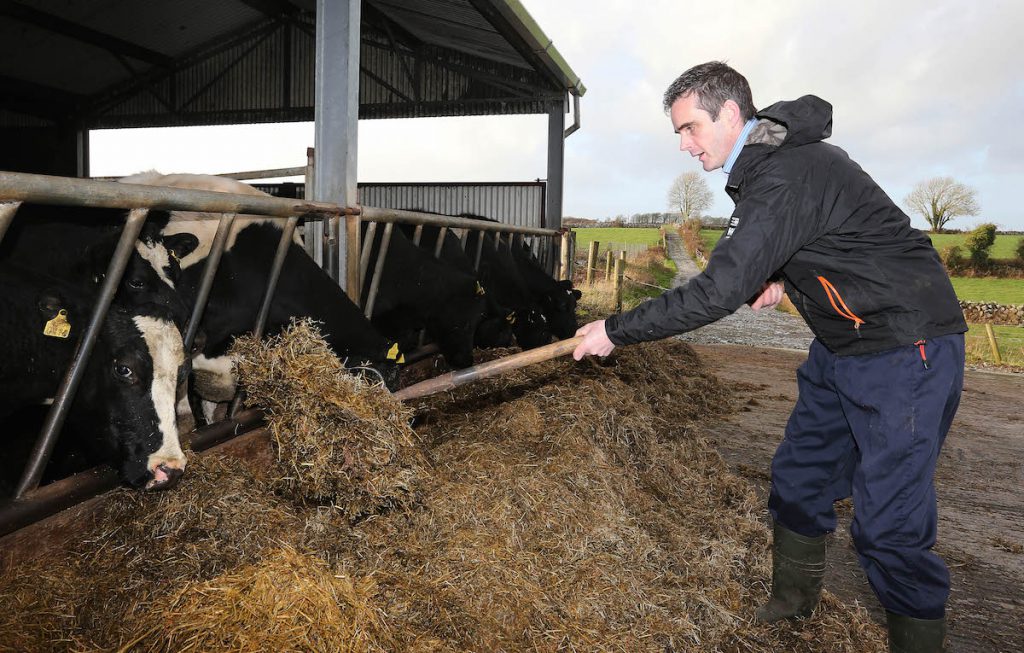 “Farmers would like to see a bit more certainty. I think there could be more done in tillage and beef on forward contracts. Beef and tillage it’s a gamble for them when they put in a crop or buy store weanlings.

“The co-op structure has been a great servant to farmers and they are owned by farmers and with farmers sourcing 75% of inputs locally, the co-ops need to ensure what they are selling is competitive.

“We need competition with cattle and the Minister to take more of an interest and have more of a handle on the live exports.

“Whatever markets are there they are the only competition we have and we are looking at an increase in the number of cattle coming into the system this year. I am about 12 years writing about cattle and sheep prices and the factories have absolutely walked on the farmers during that time.

“Between the retailers and processors – the farmer is not getting their fair share. The farmer has looked after the animal for two, two-and-a-half years and the final price they get does not bear relevance to that.

“Labelling with Northern Ireland and the UK is a serious issue. Whatever about not getting on the top shelf of British supermarkets, when they are referred to as nomads they are not even getting on the second shelf.

“It’s disappointing with a Sinn Fein Minister for Agriculture in the North, where Sinn Fein are also looking for votes in the south, it should be in their interest to improve the lot of farmers in the South and that they have not got that labelling issue over the line. 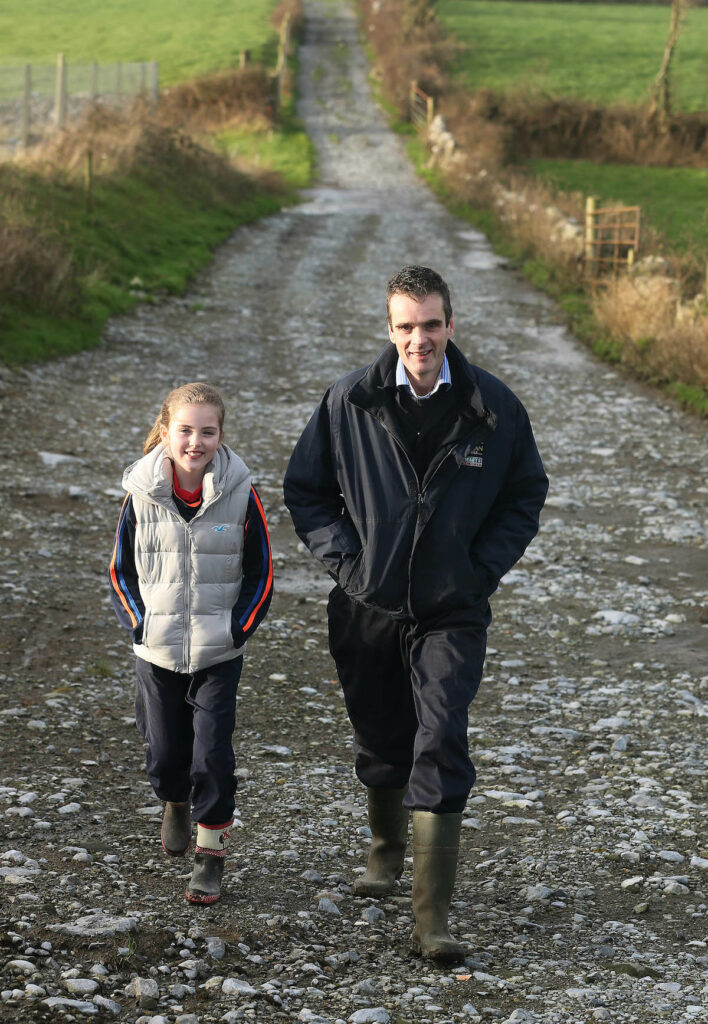 “Farmers feel the Beef Forum has not delivered for them. The most positive news the Minister could bring from it was the setting up of producer groups.

“I also think there is huge variation from farm to farm in terms of the cost of production. People may say it’s not a job for IFA, but IFA can take a lead on it and promote good discussion groups.

“It’s very important that people join the Knowledge Transfer Scheme, not just for the money they get to join but the savings and benefits a good discussion group offers.

“Anytime bad news comes out, not every is going to be happy about the way it came out.

“It was going to happen. The best time to plant a tree was 20 years ago, the second best time is now. If something was going to come out best now and deal with it.

“It has been referred to down through the years as a professional, slick organisation and I think we don’t become a bad organisation overnight.

“It’s up to the members to rally and they will rally.

“I feel that the anger on the ground has gone and is being replaced with an absolute need for a strong and powerful lobby organisation that they are part of. 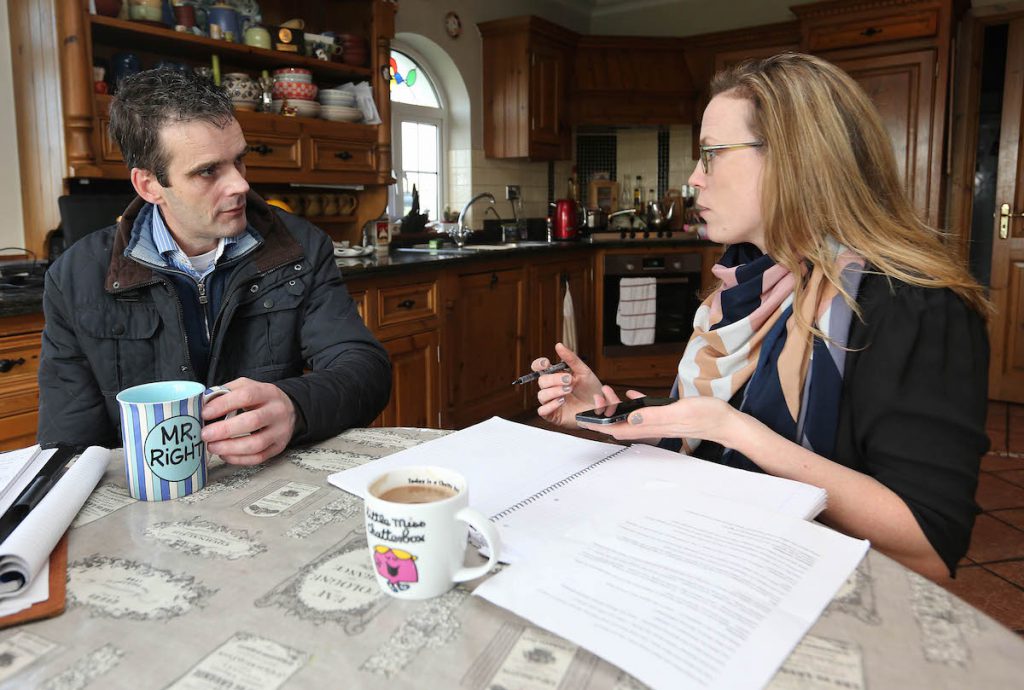 “He had a pretty short space of time to come up with a comprehensive report. I think some farmers are happy but others may feel it has not gone deep enough or far enough.

“I think as leader if members want to see and find out more information they are perfectly entitled to and a process should be in place to do this. This is the one chance they have to do so.

“The anger has subsided and disappointment and a feeling of let down are there now. There is also a feeling that this did not just happen in the last few months.

“I visited a man in his 70s in the south, who served on national committees and has worked tirelessly for IFA, voluntarily for the members, loyal and would have defended the organisation. It was a big learning experience for me to see and hear that feeling of disappointment and disillusionment that he had. He made far more of an impression on me than five or six men standing up in a room shouting and roaring.

“It instilled in me the need for whoever is the next President to do whatever is required to rebuild the faith and trust in the organisation of people like that man.

“It’s about a lot more transparency. They don’t want to know down to euros and cents but they want to have a fair idea of what is happening in the organisation. There is a feeling that there was more power controlled at top level and that their messages were not getting through. Communication seems to be part of the problem and more not enough members being involved in the decision making process.

“I also think the suggestion of an outside expert to be brought in to advise on that is a good idea and as President I would be pursuing this.

“If the farm labour is covered and vouched expenses are covered I would be happy with that.

“The collection of IFA levies is a huge, huge issue. Outside of farm income and the current upheaval the levies is the other constant issue. As long as I’m going to Presidential meetings it’s been an issue.

“What can the IFA do they’re it the factories’ pockets – whether it’s true or not is irrelevant, that perception is there and that’s what they do believe.

“Whoever is President they need to take a serious look at the levies. I fully understand you need funds to run an organisation and there is no way the IFA has anything near the amount the levies bring in left over at the end of the year, so if we are to move away from levies we have to ensure that other areas can account for a large percentage of the levies being found.

“Some have said to me they would prefer pay more, if it’s €60/member to make up for the lack of levies if necessary.

“It’s one thing saying it, it’s another thing paying it. But it will have to be looked at.”

Why vote for Joe Healy?

“I would also like to see the farmers in different commodity areas getting a better price and being more sure of the price they are getting.

“Sometimes it’s not all just about a high price, but it’s about the certainty down the road so you can cut your cloth to match.

“I have been involved in farming for over 40 years and 30 years in my own right. I have huge experience in sheep, beef and dairy farming with some tillage down through the years.

“I am passionate about farming, farm incomes and farm politics. People will realise that I am not afraid to stand up to the processors or co-ops when it needs be, or shout loudly or effectively on farmer issues.” 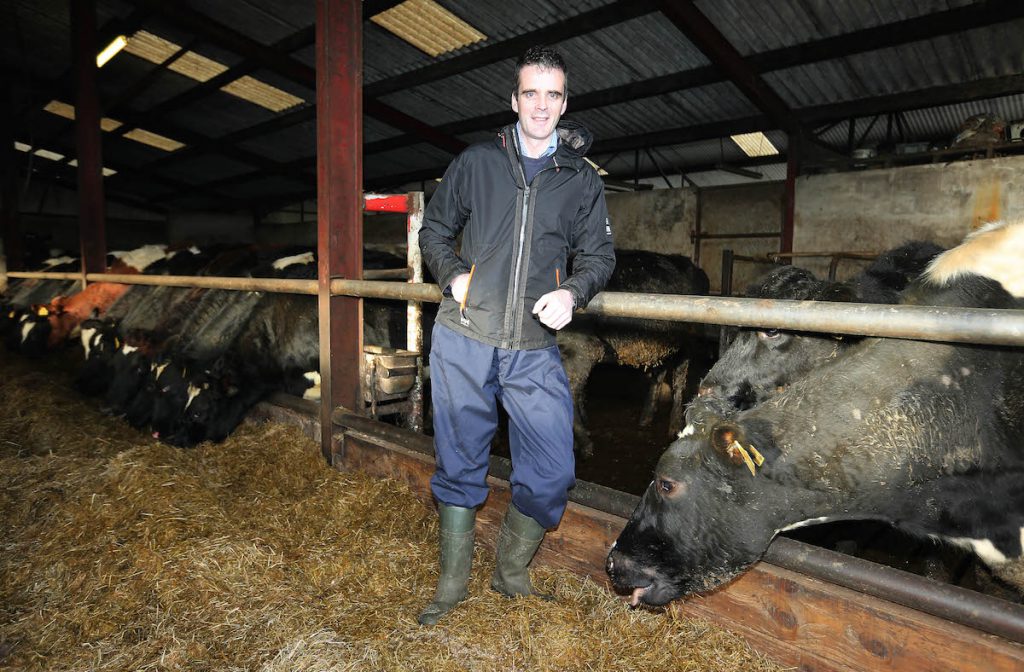