Video: Great footage of farming in the US on a huge scale 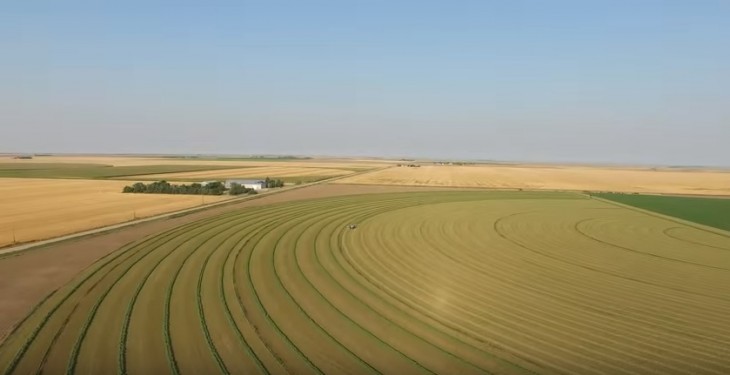 Farming in the US is on a much bigger scale compared to here in Ireland and this great video shows the mammoth size of some US operations.

The video was uploaded by YouTube user Tim Hall recently and was filmed in Eastern Colorado and Central Wyoming.

All of the footage was recorded with a DJI Phantom 3 Professional by Hall himself.

The video kicks off with some irrigation of the land before cutting to a baled field of grass. It encompasses plenty of farm activities with ploughing, baling and corn cutting all featuring.

With such a big operation, some of the machinery is mammoth with John Deere, Gleaner and New Holland all featuring.

The video also shows up to four combines working in tandem to cut the corn on the farm.

On the more cultural side of things, while Irish farms may surround a local GAA pitch, the farms here surround the local baseball pitch – complete with floodlights.

Compiled over several farms, Hall got great weather to film the footage. There’s some great scenes here of the sunset over the farm and local town in rural America.

We’re sure the farmers filmed here didn’t have to knock any pillars or walls to get some of these machines into the fields!