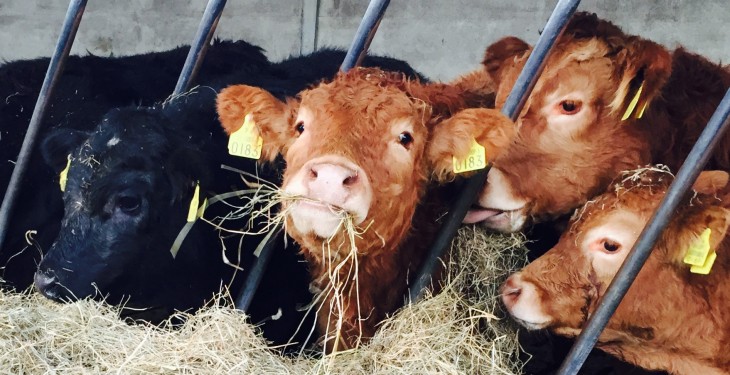 The necessary legislation to give legal recognition for the first time in Ireland to Producer Organisations (POs) in the beef sector has been signed off by the Minister for Agriculture Simon Coveney.

This legislation was one of the key recommendations to emerge from the Beef Roundtable established by the Minister in 2014.

Commenting on this the Minister said the legislation marks a key milestone in the implementation of the recommendations arising from the Beef Roundtable where we had been tasked with exploring how to put in place a legal framework for the establishment of POs in the beef sector.

“I have now signed into law a Statutory Instrument (SI) effective from today to legislate for the recognition of these POs.

“This framework is heavily influenced by the extensive consultation which we undertook with relevant stakeholders including farm organisations, processors, marts and existing POs in other sectors,” he said.

According to Minister Coveney POs, as can be seen from other sectors of the agricultural economy, have the potential to provide farmers with the necessary strength to effectively collaborate and deliver real and tangible benefits to their members.

“This could be through improved prices achieved for their produce as they can now collectively negotiate with processors on price received for the animals they supply. This has the potential to be a real game-changer in rebalancing the supply chain.

“It is also important to note that POs should not be seen merely as a price negotiating tool on outputs but that they can also collectively negotiate on the inputs they purchase as well as allowing them to pool resources to improve on-farm efficiencies.”

In addition to providing the necessary legislative framework, the Minister announced that his Department has also provided guidelines and recommendations which will assist prospective POs in establishing themselves.

Steps to setting up a Producer Group

The Minister also confirmed that he has fixed the minimum number of members required to form a PO at 20.

He says this builds on the discussion at the last Beef Roundtable and the views of stakeholders that the minimum number should be at a level which strikes the balance between requiring a critical mass to ensure the advantages of collective action are meaningful while also ensuring that the minimum number is not a barrier to establishment.

The Minister has also provided for a derogation to allow for POs where the numbers of members are lower than this in a specific production or geographic area.

He also said that the opportunity is there now for beef farmers to come together and to develop effective and sustainable POs.

“My Department is available to work with these groups and assist them to get started though experience has shown that successful groups are those which are driven by the members.

“I am also committed to seeking a technical adjustment to the RDP in order to provide funding to assist POs to engage specialist facilitators to get groups off the ground which we will update on in due course.

“I would encourage all elements of the beef sector now to work together to avail of the opportunities provided by the establishment of POs which can help build a better more sustainable beef sector in Ireland.”