The Teagasc National Beef Conference took place in Claremorris, Co. Mayo, earlier tonight. One message that was very evident from the ‘get go’ was that efficiency still pays.

This was first mentioned by Teagasc director Prof. Gerry Boyle in his opening speech and reiterated by Teagasc beef specialist, Alan Dillon.

Alan said: “There is no secret that profitability on suckler farms is low. We have had some good years, and some bad years, and we are in the middle of a bad year at the moment; but things are starting to look on the up.

“The majority of the top third of suckler farms on our eProfit Monitors are showing increases in profitability.

The data that we have gathered over the last 10 years shows that – across the top third of farms – profitability has increased, regardless of price.

“When adjusted for beef price increases, the top third of farmers have increased net margin from €293 per hectare to €380 per hectare for the period 2008 to 2018.

Alan noted that farmers – most importantly – have reduced their reliance on premia as a percentage of their profit. 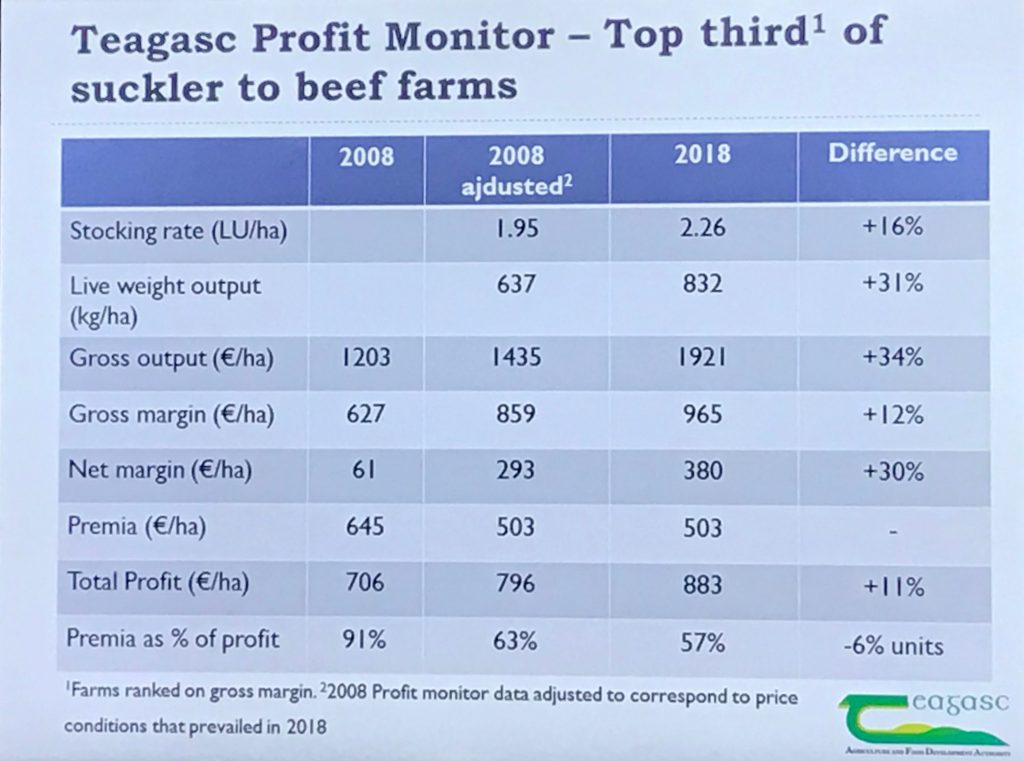 Alan also discussed the key areas of focus on the most profitable beef farms. These include:

“When we talk about improving grassland management, the first thing that comes to farmers’ minds is reseeding. I would say that this is the last thing that you should think about.

“The first thing is the location of the water trough. It might seem like a simple thing, but generally the water trough is located in a gap in the corner of a field; it’s very hard to manage grass if you can’t split paddocks appropriately.”

Stay tuned to AgriLand for more from the conference.