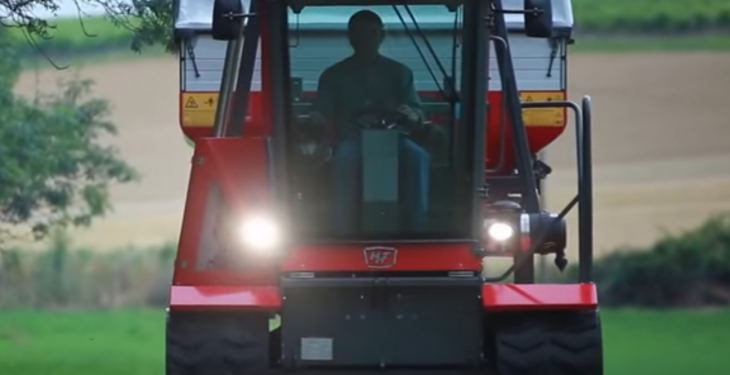 The HHTrack100 is a 100hp tracked vehicle that was designed as an alternative to a tractor for wet field conditions; it’s a twist on ‘standard’ crawler machines.

According to Hubertrack, the 4t vehicle is capable of getting onto land without causing damage in bad conditions, even with a 2t payload. This is apparently because the two 550mm-wide rubber tracks put down a 2.7m² footprint; the pressure beneath them is as low as 150g/cm². 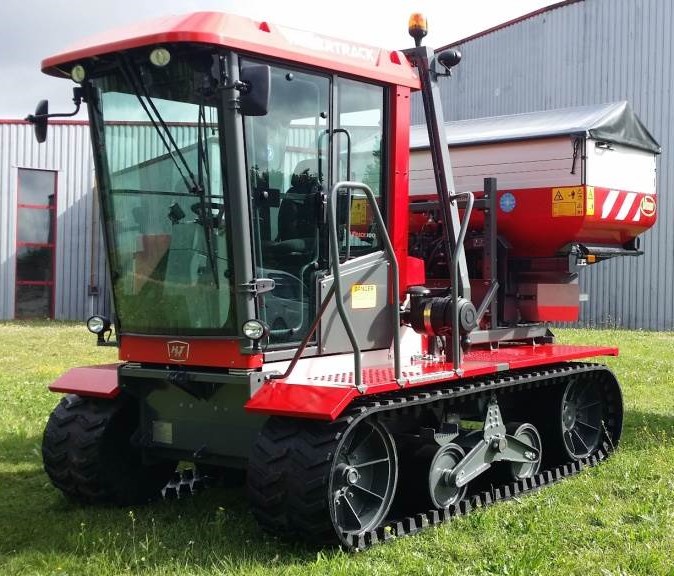 The manufacturer promises that the machine can eliminate ground compaction problems.

The HHTRACK 100 makes it possible to reach steep or marshy places previously inaccessible to ‘standard’ gear.

The HHTrack100 has a 4-cylinder, 3.6L 100hp Deutz engine and a 100L fuel tank. The hydrostatic transmission, with components from Poclain and Bandioli, is joystick-controlled. It is reportedly very user-friendly, in terms of operation.

As for dimensions, the vehicle is 3.6m long and 2.75m high. It can be equipped with various add-on equipment, such as a fertiliser spreader, sprayer, hedgecutter and tipping body. Prices reportedly start from around €75,000.

To test its “minimal impact” on the ground, Hubertrack shot an interesting demonstration video. This involved burying an egg under the surface of the ground, before driving over the covered egg with the HHTrack100, as can be seen below.

Hubertrack is based in Salles d’Angles, in the region of Cognac in south-western France. The company exhibited the vehicle at the SIMA show in Paris, in February of this year. As of the start of April, the company has reportedly already sold its first two HHTrack100 vehicles – both in France. 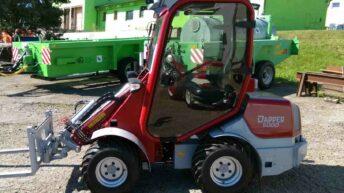