A farming family is set to buy a new tractor with €50,000 that was won through a scratchcard bought in the local supermarket, reports suggest.

The winning scratchcard was sold in the Supervalu store in Lanesboro, Co. Longford. The store has confirmed that the winner was indeed a local.

The Supervalu store has wished the family, who reportedly wish to remain anonymous, the best of luck.

This weekend’s upcoming Lotto jackpot is an estimated €11m, with the draw set to take place on Saturday, April 29.

A farmer could buy quite a lot of machinery with €11m in his or her back pocket.

Profile of a lottery winner

Advertisement
Based on winner ‘profiles’ from 2016, the National Lottery has revealed that almost seven in 10 winners were male; the same proportion of winners were 45-years-old or older.

The majority of Lotto winners lived in Dublin last year, while one in four of the lucky winners declared that they worked as ‘drivers’.

In relation to behaviour and attitudes, 40% of Irish winners revealed that their ‘significant other’ was the first person they told after realising their good fortune.

Meanwhile, one in five winners admitted that they slept with the ticket under their pillow for safe keeping, until they travelled to the National Lottery headquarters in Dublin to claim their prize.

Close to half of all winners declared that they celebrated their good fortune with a pint, alongside their nearest and dearest.

However, purchasing farm machinery, land or building a shed didn’t feature high on the list when it came to winners’ spending habits; a holiday was top of the agenda for most winners in 2016, the National Lottery revealed.

Additionally, only 5% of last year’s winners said that they would give up their day job after a major windfall. 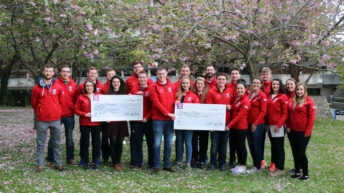 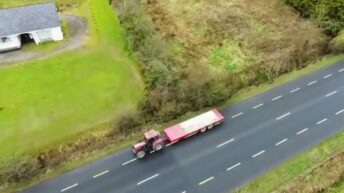