The cut above the rest 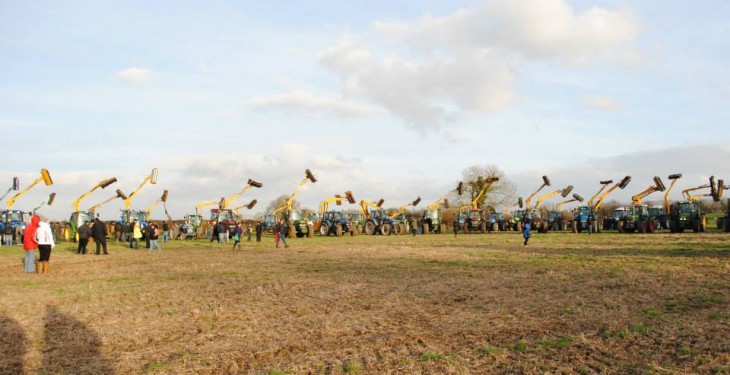 “It’s not as easy as it sounds,” said Mary Ann Nolan,  one of the organisers of the All-Ireland Annual Hedgecutting Championships, which takes place this Sunday in Bennetsbridge, Co Kilkenny.

The 2nd All-Ireland Hedgecutting Championships is attempting to break the world record for the greatest number of tractor-mounted hedgecutters working together for five minutes.

To break the current record, 200 hedgecutters are needed.

The hedgecutting competition itself consists of competitors cutting a 20-metre plot of hedge in 10 minutes. They will be judged by representatives from Teagasc and Coillte on all aspects of hedgecutting including safety, clean cuts, picking a sapling to leave and overall smoothness of operation over the 10 minutes of cutting the hedge.

Organiser Nolan explained that there are also three other trials for competitors to take part in on the day.

Prizes on the day are significant with a top prize of a saw unit valued at €3,000. Other events on the day include a car show featuring vintage and modified cars and a tractor-pulling contest.

There will also be a wide range of attractions to suit everyone such as the rural craft tent, model tent, agricultural displays and demonstrations.

Gates open 8am and competition starts 10.30am. There is ample parking adjacent to the event. For more information click here www.hca.ie.