Tesco in hot water with UK farmers over imported beef 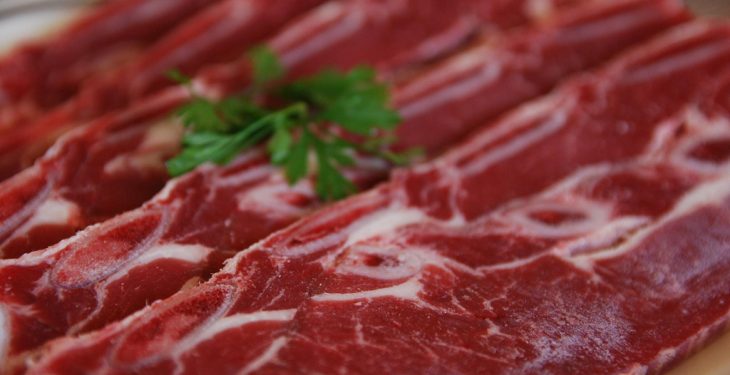 Farm organisations in the UK have blasted Tesco’s decision to stock Argentinian beef in a number of its stores.

Six Tesco branches in Wales have started stocking Argentinian and Wagyu beef at their ‘fresh meat’ counters in a ‘trial’ move by the British supermarket giant.

The Welsh branch of the National Farmers’ Union, NFU Cymru, has condemned the move, with its Vice-President, John Davies, labeling it as contrary to what the British public wants. He said: “All recent surveys are saying the public wants to back British. They want shorter supply chains, not longer ones. This is simply not acceptable behaviour.”

Davies added that British customers know that they are buying “quality produce” when they buy British beef, due to strict regulations and standards.

A Tesco representative said that the trial was for popular restaurant products – Wagyu beef and Argentinian beef – and was stocked alongside its usual range on meat counters.

Tesco said of the matter: “We’re always looking to explore new food trends and trial new products and flavours with our customers, and are running a limited trial”.

It was added that Tesco is a “proud supporter of British and Irish beef” and continues to stock such beef all year round at its fresh meat counters.

There are suspicions that this move may have been an attempt to test the viability of South American beef in Britain, in anticipation of post-Brexit trade negotiations, by the supermarket chain. That is the opinion of the former National Beef Association Director, John Hoskins, who went on to call on Tesco to support British farmers first and foremost.

According to reports in Britain, UK imports of Argentinian beef rose by 37% in 2017 compared to 2016, though they remain in low numbers.

Meanwhile, back on this side of the Irish sea, Tesco Ireland has reportedly given assurances that it only stocks Irish beef on its fresh meat counters, and has no plans to change this.