Teagasc to fill several communications roles ahead of Signpost launch 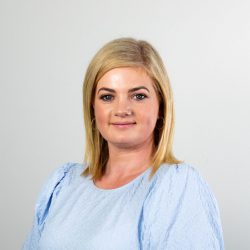 Teagasc to fill several communications roles ahead of Signpost launch

Teagasc is currently in the process of filling a number of roles within the organisation which all have a communications element, one of which will be focused on outreach and innovation.

Among the promiment roles being recruited for are head of dairy Knowledge Transfer; head of research development and Walsh Scholarships; director of human resources and partner; and regional manager of the Waterford-Kilkenny advisory region.

Agriland understands that an outreach and innovation position which is now available, is a slightly amended role from the role which was previously held by Paul Maher before he was appointed as the new head head of international relations and corporate strategy.

Maher had previously led the strategic development and modernisation of the Teagasc advisory and life-long learning programmes in his role as assistant director of knowledge transfer.

Last autumn, Dr. Stan Lalor was appointed as director of Knowledge Transfer in Teagasc, and has responsibility for education and advisory services.

Lalor had previously worked as a researcher based at the Teagasc environment research centre in Johnstown Castle, Co. Wexford, before joining Grassland AGRO in 2014.

He took up his new position with Teagasc last last year.

The closing date for applications for the various roles available in Teagasc has not yet been determined and the roles are only being advertised internally at present.

Meanwhile, the official launch of the Teagasc Signpost Programme will take place next week.

Hosted by television presenter Helen Carroll, an online webinar next Tuesday, May 18 will demonstrate how the new Teagasc-led collaborative programme will support Irish farmers to reduce emissions from agriculture.

The main goals of the programme are to reduce gaseous emissions from Irish agriculture, while creating more profitable and sustainable farming enterprises.

Taoiseach Micheál Martin, Minister for Agriculture, Food and the Marine, Charlie McConalogue and head of the Signpost Programme, Tom O’Dwyer will be among the speakers contributing to the launch event.

Stella Meehan has a Masters in Journalism from NUI (National University of Ireland) Galway and a Bachelor of Arts degree in English, Sociology and Politics. She comes from a farming and business background in Co. Galway. Previously, she worked in the broadcasting, print and political sectors.