TB troubles: ‘It seems to go in waves’ 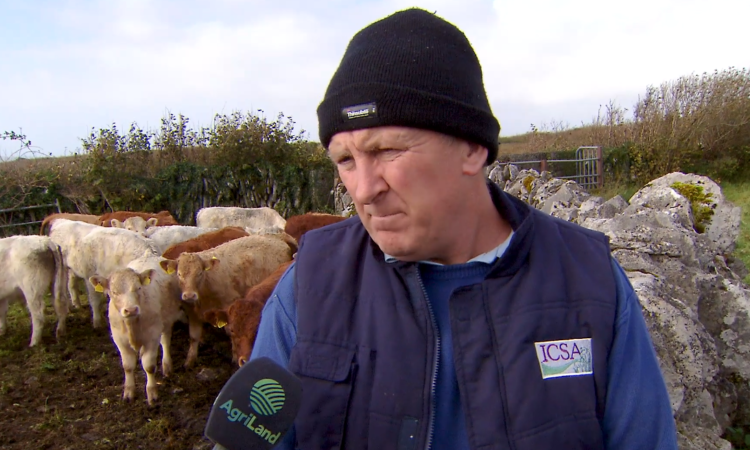 One Co. Clare suckler farmer has detailed the effect being locked up with TB can have on farm finances, while also noting that the disease strikes in a cyclical manner in his area.

Michael Collins – a suckler farmer from Kilfenora, Co. Clare – went down with TB in a herd test conducted six weeks ago, with three animals determined to be reactors.

However, Michael said it could have been a lot worse.

“Locally, guys have big numbers like 20, 25 cows. I’m fortunate enough; I only had two cows and the bull.”

The issue is not an unfamiliar problem to the area, Michael noted.

It seems to go in waves; every five or six years we seem to have two or three reactors. And then they’re taken out and away we go again for five or six years again. That has been the way for the last 20 years.

When asked if he had suspicions as to the cause of the outbreak, Michael was unsure.

“There’s a lot of wildlife in the Burren. I honestly don’t know. People are blaming the badger; I suppose the wildlife certainly has an input into it.

“In the Burren you have a lot of water supplies that are on the ground and cattle drink off the low water supplies, the streams or whatever. Maybe they pick it up there.”

The Clare farmer noted that, following recent outbreaks on both his neighbour’s farm and his own, there are plans to take a number of badgers out of the area for testing. Blood tests were also carried out for the first time on the reactors.

“I suppose the biggest effect is probably not being able to sell when we want to. It’s weanlings we have; they are perishable enough cattle. A lot of farmers in the Burren may not have wintering facilities for them. The grasses around here are more suitable to stronger, older cattle. Weanlings, it doesn’t really suit them.

Also, of course, there is the financial side of it. Payments and that tend to be structured so that you pay them back at the end of the year, and if you can’t sell, it messes up that.

When asked if Ireland’s TB eradication targets for 2030 will be met, Michael said that – for his region – this is unlikely.

“If it’s the wildlife that are the cause of it, what do you do? Maybe you can vaccinate for it, I don’t know. Now, I also thought that brucellosis wouldn’t be eradicated, but we seem to have got the better of that.

“I honestly don’t know; I don’t believe there will be eradication in the Burren – but you never know.”