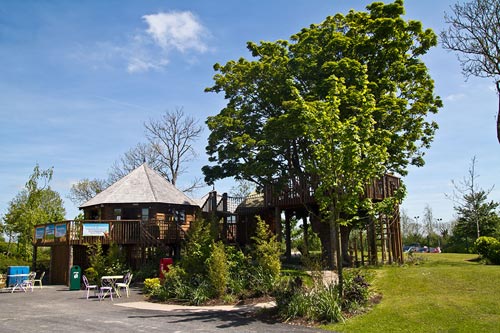 Tayto Park is the 6th most popular tourist attraction in Ireland, according to Fáilte Ireland. The Co. Meath theme park was the brain child of Raymond Coyle and was opened in 2010.

The national tourism authority, has today published their definitive list of Ireland’s top visitor attractions last year with the Guinness Storehouse once more topping the bill. Tayto Park is set among 55 acres near Ashbourne and has a restaurant and shops as well as a variety of activities as well as a range of exotic animals.

The Guinness Storehouse welcomed 1,157,000 visitors in 2013 – an increase of 70,000 visitors on its 2012 performance. Amongst the nation’s fee-paying attractions, the iconic Dublin attraction was followed closely by Dublin Zoo with just over a million visitors.

Speaking today Minister for Transport, Tourism & Sport Leo Varadkar said: “It’s good to see visitor numbers growing at so many of our key attractions, and it’s further proof that Irish tourism is going from strength to strength. Visitors like to have a wide range of things to see and do, and Ireland has some fantastic free and paid attractions. That’s why the Government continues to invest in new attractions and in refreshing established ones.”

Commenting on the figures, Shaun Quinn CEO Fáilte Ireland said: “Today’s research provides another positive piece of news for tourism as our visitor attractions are quite clearly experiencing the same growth that we are seeing right across the tourism sector.

“Attractions such as these are an integral part of what Ireland has to offer visitors. Recognising the importance of having a good variety of things to do and see, Fáilte Ireland has directed significant investment into the tourism sector over the last five years – with a total of €120m invested in almost 60 significant capital projects throughout the country. This year alone, we are investing €8m in capital infrastructure along the Wild Atlantic Way.”