Taoiseach Micheál Martin will take over the agriculture brief until the Dáil reconvenes in September, AgriLand understands.

This follows the announcement this morning (Friday, August 21) that Minister for Agriculture, Food and the Marine Dara Calleary has resigned from cabinet.

In a statement this morning, the Taoiseach said that he has accepted Calleary’s resignation.

“This morning deputy Dara Calleary tendered his resignation as Minister for Agriculture, Food and the Marine, following his attendance at the Oireachtas golf dinner on Wednesday evening.

“His attendance at this event was wrong and an error of judgement on his part. I have accepted his resignation.

“People all over the country have made very difficult, personal sacrifices in their family lives and in their businesses to comply with Covid regulations.

This event should not have gone ahead in the manner it did given the government decision of last Tuesday.

“Dara Calleary, since he was first elected to Dáil Eireann, has been, and remains, a committed and dedicated public representative. This error of judgement was out of character.

“He has made the right decision for the country, particularly in the light of our continued efforts to suppress Covid-19.”

The Dáil is due to reconvene on Tuesday, September 15. 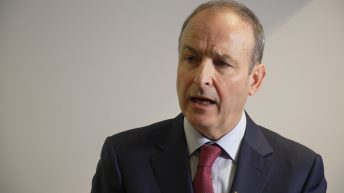