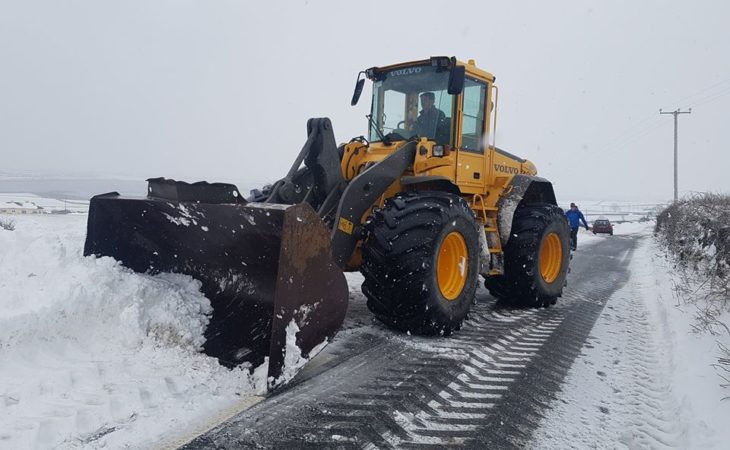 An Taoiseach Leo Varadkar thanked farm contractors, alongside farmers, for their efforts in clearing transport routes and assisting public services in dealing with the ‘Beast from the East’ and Storm Emma in recent days.

He made the comment this morning on RTE Radio 1’s Morning Ireland.

The Taoiseach also expressed his concern that there may be people dead in their homes after the extreme weather event. He added that it will be a difficult week with a lot of pressure on services – such as hospitals.

Substantial damage done to water and electricity lines around the country will also have to be repaired in the coming days, he noted.

When asked about losses suffered by individuals as a result of the blizzards, such as farmers who have lost animals and property, Varadkar said that it would depend on the individual circumstances, adding that he had spoken to Minister for Agriculture Michael Creed yesterday – who has been in touch with the four main farming organisations.

“One thing I want to do in particular is offer a word of thanks – I know some people may think that’s over-laboured but I think that is important – to the Gardai, to the Fire Service, to the Coast Guard, the health service, local authorities, civil defence, farmers and farm contractors, the Red Cross, Order of Malta, St. John’s Ambulance and all the charities that really helped out in the past couple of days,” Varadkar said.

The ESB reached out to the Association of Farm and Forestry Contractors in Ireland (FCI) in search of assistance in repairing power distruptions, while Minister for Communications Denis Naughten confirmed that farmers had been approved to help clear roads on a voluntary basis.

There have been several examples of farmers and contractors toiling hard to clear routes across the country and help the public at large.

One such example is that of Murphy Brothers Agricultural Contractors (Co. Waterford), which cleared a path for an ambulance.

This was just one of several incidents that the south-east based company dealt with over recent days – in a bid to help out the local community.

Another showcase of public assistance was that of Co. Kildare contractor and FCI member Syl Salley who was highlighted on RTE News for assisting in clearing the Manooth-Straffan road. 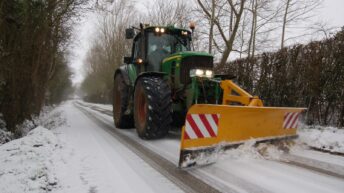 Farmers ‘will not be held liable’ for clearing public roads